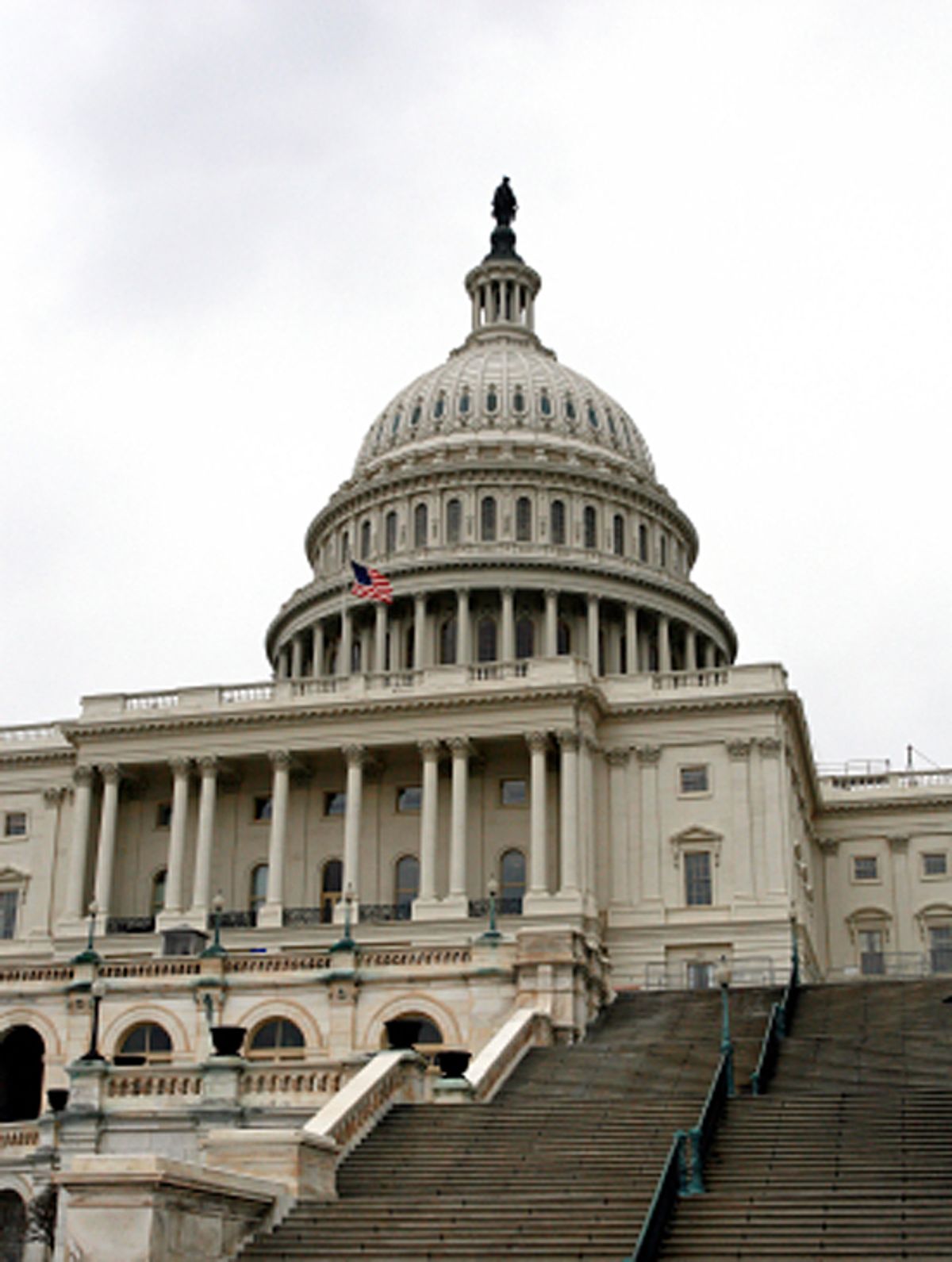 Just a quick point on Charles Krauthammer's column about the supposed impending unfairness of duly elected Democratic members of Congress passing things in a lame duck session later this year. Everyone already has jumped on the point that none of what Krauthammer fears is actually likely to happen (Democrats for better or worse haven't failed to pass things like card check and cap-and-trade because they're afraid it will hurt them in November; they haven't passed them because they don't have the votes. End of story. (See Yglesias, Drum, Chait for more).

As long as we're going to get worked up about shame and mandates and such, let me just toss this one on the heap. It's true that Democrats have wailed and whined about the filibuster, and how unfair it is that longstanding rules prevented them from doing whatever they wanted with the presidency, a solid majority in the House, and 59% of the Senate. And a few sophisticated Dems have even done the math and argued that it's even more unfair than that because currently Democratic senators represent a somewhat larger share of the population than that 59%.

But you know what Democrats haven't really complained about, and by Krauthammer's logic they actually have a much stronger case? 2004. Because that's the difference between passing quite a bit of the Democratic agenda this year, and passing pretty much all of it. 2004? That's when 34 of the current Senators (or their same-party predecessors who resigned or died) were elected. Of those, 18 are Republicans; only 16 are Democrats. That includes Republican senators from North Carolina, New Hampshire, Florida, Iowa, and Ohio all solid Obama states where the Democrats won the most recent Senate race.

Eliminate the class of 2004, and the Democrats have a stunning 43 to 23 edge in the Senate (that's 65%). Or, just keep everyone in place but convert the five Obama states to solid Democratic delegations, and again you're at 64 of 100. Even flip two of those five and the legislative output of the 111th Congress would have been significantly more liberal.

Now, should Republicans have been ashamed of their total electoral humiliation in 2006 and 2008 and sat back meekly while Democrats passed everything they had 50 votes for? No, I don't think so, and I don't think Krauthammer thinks so, either. I think the Republican extreme rejectionism may well have been counterproductive, and it certainly stretched the rules and customs of the Senate to their limit -- but they were well within their rights to do so. As Democrats would be, if they choose to pass whatever they can (which as Drum and the others point out won't be anything that can't get by Olympia Snowe, same as now).

As far as the democratic value of being ruled by 2004 -- I'm fine with it, as regular readers might suspect. The country didn't suddenly turn liberal in 2006, just as it didn't suddenly turn conservative in 1994 or 1980. Putting a little weight on the scales for the status quo doesn't bother me. But make no mistake: If you're 20 years old now and voted for the first time in 2008 and supported Obama, part of the reason you're not getting your way on some things is because your grandparents who died five years ago have had as much of a say over the United States Senate as you have.