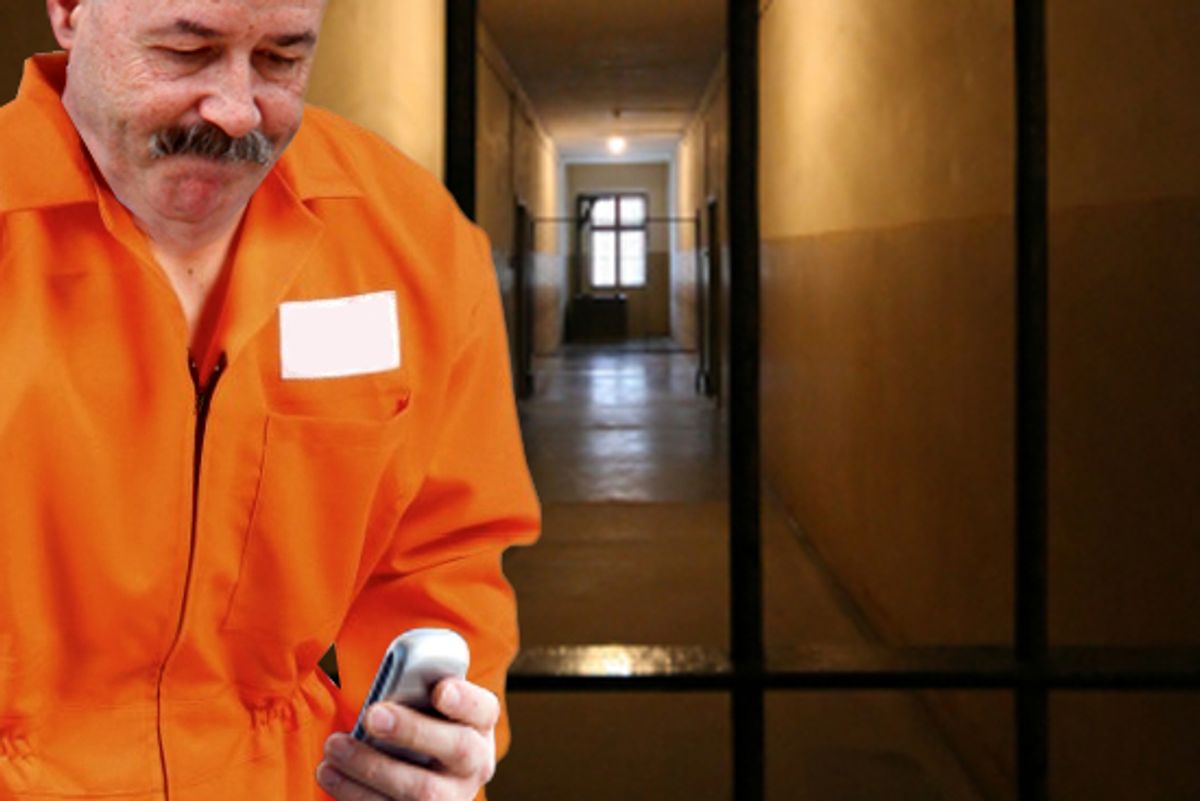 [UPDATED]Former New York police commissioner and convicted felon Bernie Kerik came out against the so-called Ground Zero mosque on Twitter late Wednesday. Which is odd, because Kerik is incarcerated at the medium-security federal correctional institution in Cumberland, Md.

Kerik, inmate 84888-054, mysteriously tweeted a link to this lurid Frank Gaffney Web video that calls the progressive Muslims behind the planned community center terrorists and shows the Twin Towers falling. "If we let them defile ground zero with a beachhead for sharia we will validate their sense of victory on 9/11 and encourage future attacks on America. No mosque at Ground Zero," the ad says.

Kerik also put up the article on his blog.

How is this possible? A Bureau of Prisons official told Salon, "Inmates don't have Internet access. He probably has a family member doing it for him." The official also said Kerik may have access to something called Trulincs, a program in which prisoners can send e-mails to people -- typically family members -- on an approved list. But there is strictly no Internet or Twitter access.

A message left at the Kerik residence was not returned. The Village Voice first reported on Kerik's jailhouse blogging in June.

UPDATE: Somehow we had forgotten about this, but it's worth noting that Kerik has a long history in the neighborhood around Ground Zero: he used an apartment just blocks away from the WTC site -- and from the planned Muslim community center -- to carry on extramarital affairs after 9/11. The apartment was originally donated to the city for use by weary police and rescue workers at the World Trade Center site.