Will Obama finally cram through his secret radical agenda this November? Probably not 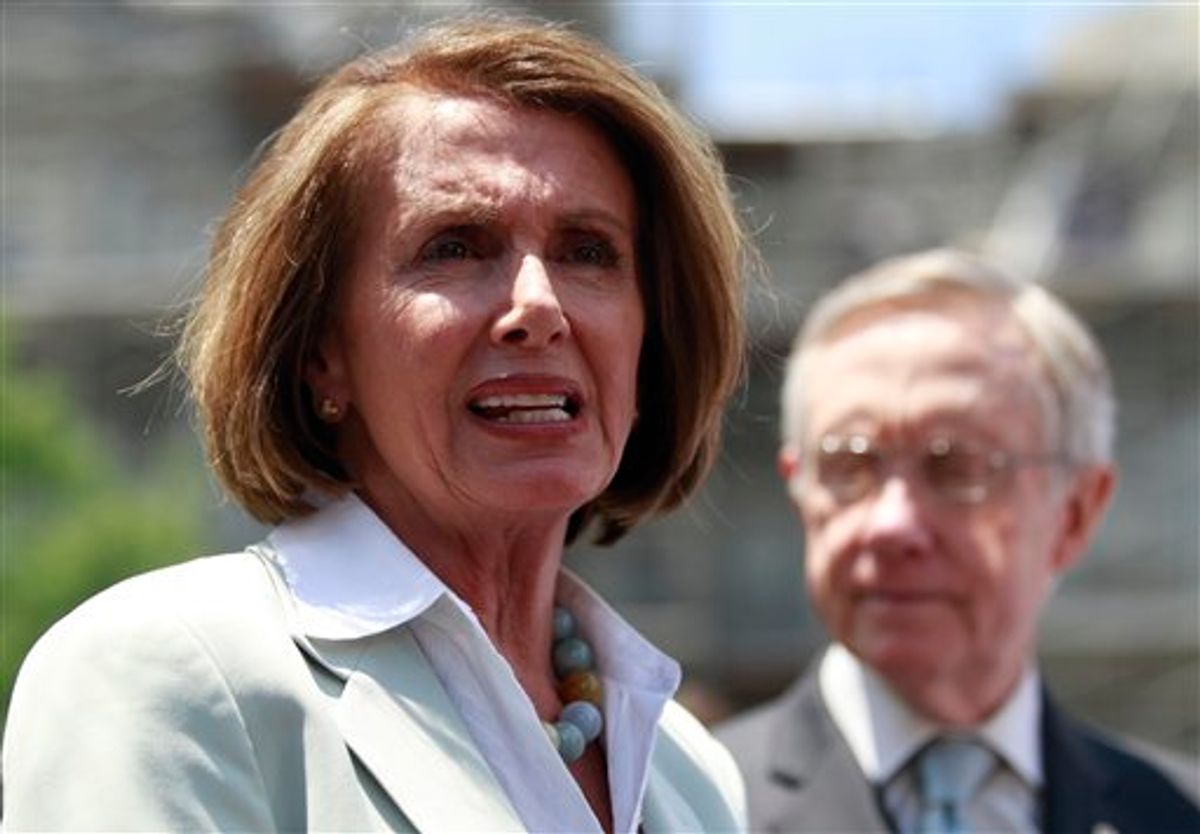 Barack Obama is expected to pass cap-and-trade (and TAX) and all sort of other scary, terrible things, during a lame duck congressional session.

(You may not understand how we can say "Obama" has anything to do with what Congress does during a still-hypothetical lame duck session, but Peggy Noonan has taught us that the president is America's Dad, even though Obama is more like America's boring, stupid math teacher or something.)

John Boehner was crying about the fact that Democrats might try to pass some bills relating to various things while they are still serving their constitutionally mandated terms in office. Dick Armey's Freedom Works has, of course, a "No Lame Duck" petition.

And Charles Krauthammer, who, apparently, is supposed to be one of the smart ones, explains:

But assuming the elections go as currently projected, Obama's follow-on reforms are dead. Except for the fact that a lame-duck session, freezing in place the lopsided Democratic majorities of November 2008, would be populated by dozens of Democratic members who had lost reelection (in addition to those retiring). They could then vote for anything -- including measures they today shun as the midterms approach and their seats are threatened -- because they would have nothing to lose. They would be unemployed. And playing along with Obama might even brighten the prospects for, say, an ambassadorship to a sunny Caribbean isle.

How can we stop this?

It's a target-rich environment. The only thing holding the Democrats back would be shame -- a Washington commodity in chronically short supply. To pass in a lame-duck session major legislation so unpopular that Democrats had no chance of passing it in regular session -- after major Democratic losses signifying a withdrawal of the mandate implicitly granted in 2008 -- would be an egregious violation of elementary democratic norms.

See, I thought the only thing holding the Democrats would be... the fact that they will not have 60 votes. And they won't in November, or December. So they can't get anything through the Senate without Republican votes. And the only Republicans who would ever work with them would have no interest in passing liberal legislation during a lame duck session.

Thanks to the surreal operating rules of the Senate and the complete uselessness of Senate Democrats, of course, this has felt like a lame duck session since January. This fantasy that the Democrats unify around a liberal agenda at some point after November is frankly bizarre. The only thing I see Congress doing after the election is extending the Bush tax cuts. Republicans should be clamoring for a lame duck session! After all, they're a great opportunity to impeach Democratic presidents!

(Meanwhile, in the realm of things that will actually happen, Michele Bachmann promises that a Republican-led House will constant subpoena the White House, forever.)