Girl gone wild against her will

A woman sues after ending up topless in a breast-flashing flick. The jury says her consent was "implied" 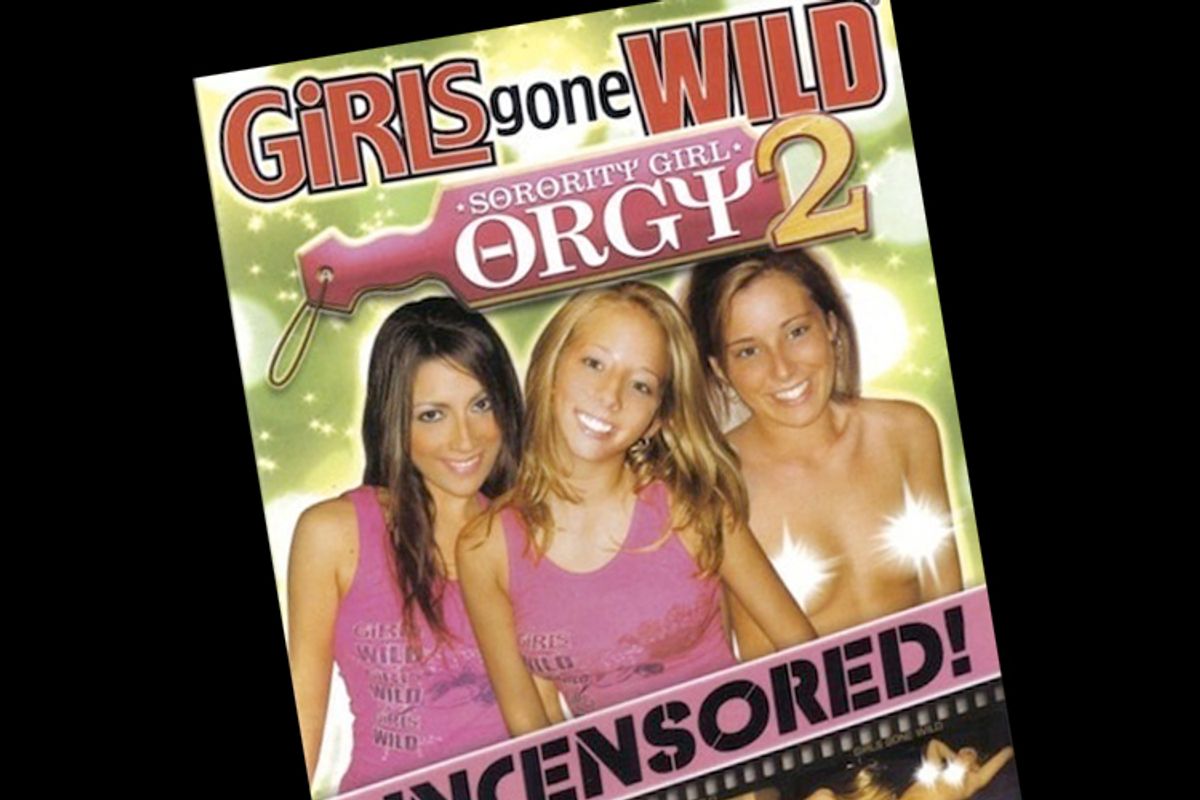 Here's what she did do: While at a bar, she started dancing for a "Girls Gone Wild" cameraman. She was asked to show her boobs and she repeatedly said no. But another party goer took it upon herself to pull the then-20-year-old's top down, and the cameras caught the action on film. Jane Doe didn't sign any release forms, but she ended up in the film anyway -- only discovering it some six years later when her husband's friend called to say: Uh bro? I just saw your wife's tits in a "Girls Gone Wild" video.

After deliberating for 90 minutes, the jury rejected her claim. The jury foreman explained the decision to the press: "Through her actions, she gave implied consent. She was really playing to the camera. She knew what she was doing." She knew what she was doing. Got that? By dancing for a "Girls Gone Wild" cameraman, she consented to anything and everything that might happen. By shaking her hips to and fro, she effectively signed away her right to say no. It's awfully reminiscent of the argument (and legal reality until recently in Maryland) that you can't withdraw consent for sex -- not even if things suddenly take an unwanted turn. It's classic "she had it coming" thinking; if you put yourself on sexual display, you are asking for it ("it" being whatever is given to you).

I leave you with a statement from her lawyer -- one that should go without saying, but apparently does not: "She is entitled to go out with friends and have a good time and not have her top pulled down and get that in a video."