Saudi cleric: OK for women to show face in France 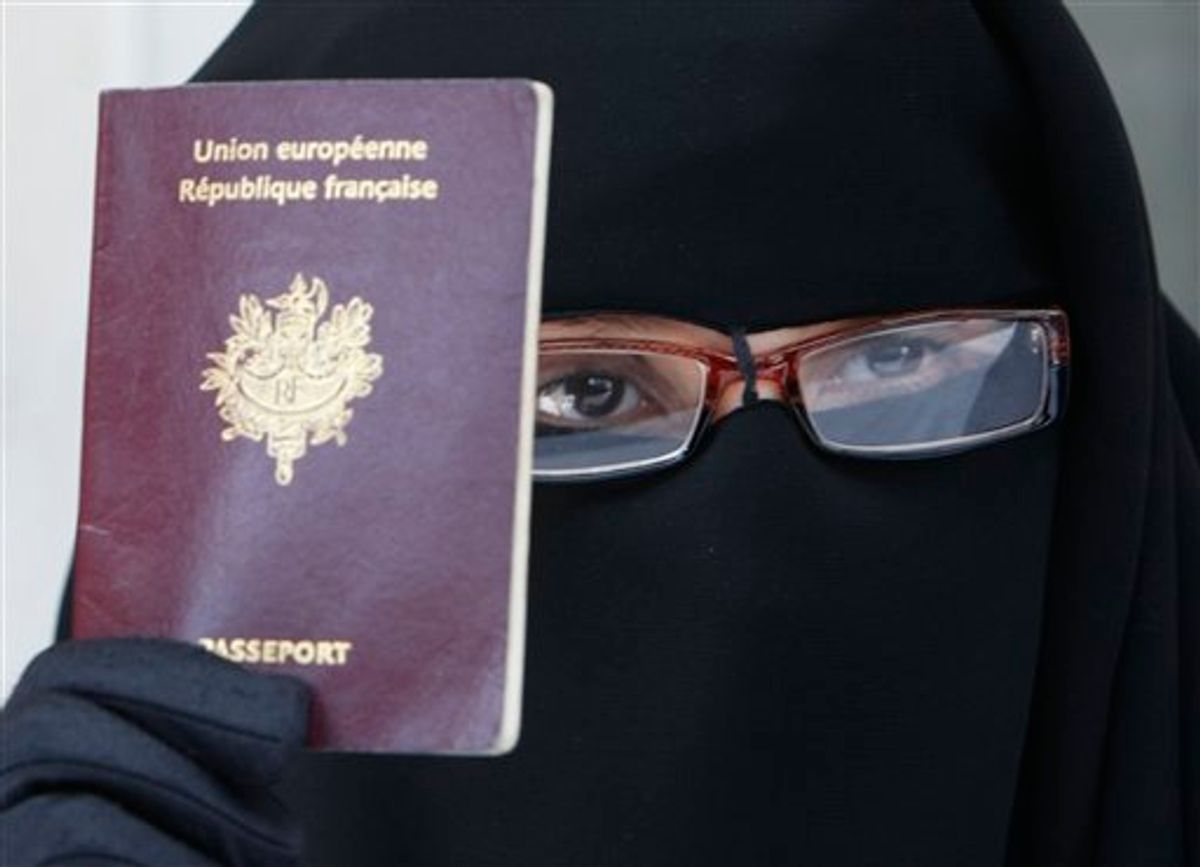 France's Najat shows her European passport, as dressed in a niqab, she addresses reporters during a press conference in Montreuil, east of Paris, Tuesday May 18, 2010. The French government will examine Wednesday, a proposed bill forbidding burqa-style Islamic veils that cover the face, on the grounds that they do not respect French values or women's dignity.(AP Photo/Remy de la Mauviniere) (AP)
--

This weekend brought news for Muslim women in France: They are allowed to go out in public without a full veil. You might wonder how exactly this is news, seeing as the country's recent push for a burqa ban is all about forcing women to go unveiled in public -- but the pronouncement didn't come from the French government but rather an influential Saudi cleric.

Sheikh Ayedh al-Garni spoke out against the proposed ban, calling it "illogical and unreasonable," but conceded: "In case a ban is enforced against a Muslim woman there -- and as a consequence there is a reaction or negative implications or harassment or harm -- it is better for the Muslim woman to reveal her face." It isn't the most generous fatwa, considering that if the French law passes, they won't have much of a choice, regardless.

As the Associated Press reports, others were quick to chime in with a few crucial caveats: Mohammed al-Nujemi, a professor at the Institute of Judicial and Islamic Studies, told a Saudi TV station, "The Saudi woman should not go on tourism to non-Muslim countries. Going to a non-Muslim country without a necessity is not permissible according to the sharia." But, if you somehow find yourself stuck in a non-Muslim country that bans the burqa, well, then it's all good.

What I love about this -- and when I say "love," I mean "hate" -- is that both sides are rigidly policing how much skin women can show. It's a game of political tug-of-war and women are at the center.