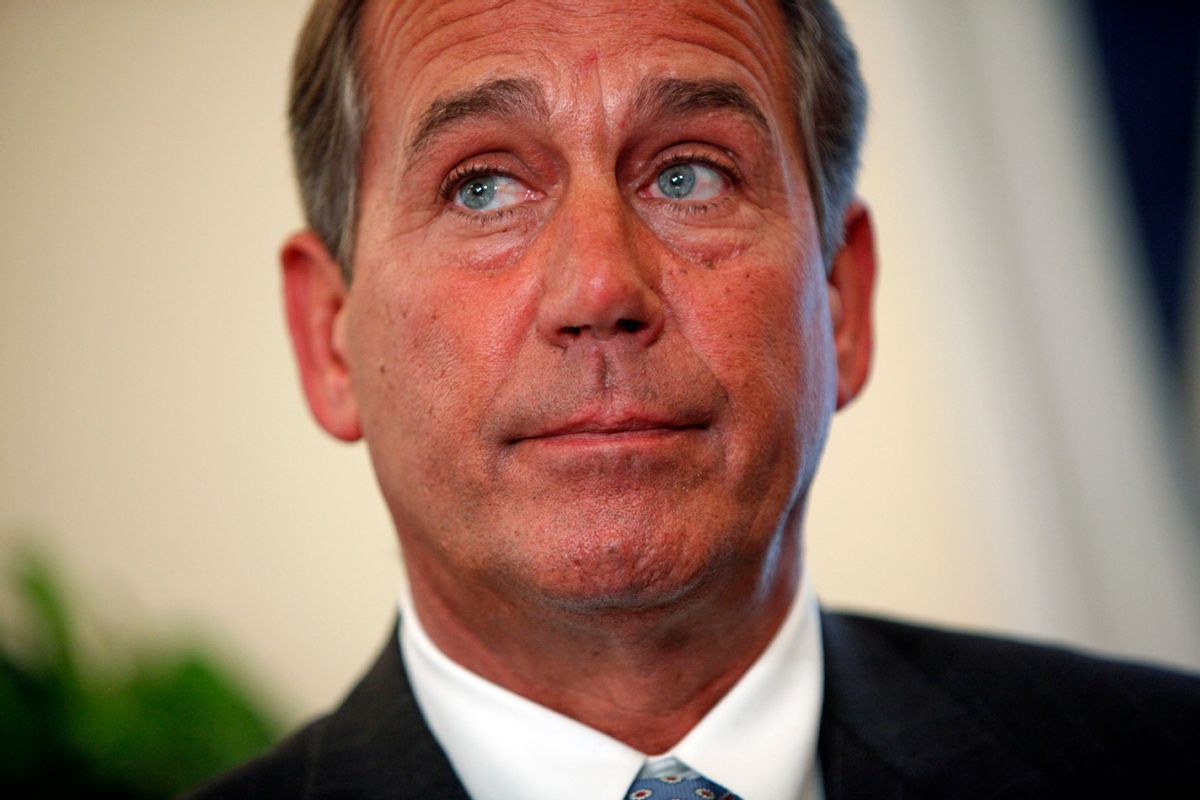 The New York Post's "Page Six" reported last week that Minority Leader John Boehner is telling GOP congressmen to please stop getting drunk with lobbyists -- especially young, pretty, female lobbyists -- because, let's face it, it just doesn't look good. "Page Six" had spotted Rep. Lee Terry "in close conversation with a comely lobbyist at the Capitol Hill Club in DC." "Why did you get me so drunk?" Terry is reported to have said (among other things) to the "giggling woman."

Roll Call advances the story today with a piece on how Boehner "has been working behind the scenes to address the issue for at least the past year and a half."

What is "the issue"? According to Boehner, the problem is the appearance of impropriety. And Roll Call names names:

Several Republican lobbyists said the Terry incident is part of a larger concern involving a group of House Republicans and lobbyists, including Glenn LeMunyon of the LeMunyon Group, who regularly party with female lobbyists.

“On the Hill, there’s a lot of older men that just go home when they’re done with votes,” said the longtime Capitol Hill Club member who overheard Terry’s remark. “Then you have a smaller group that likes to knock back a few and have a good time.”

Among them are GOP Reps. Bill Shuster (Pa.), Sam Graves (Mo.), Chris Lee (N.Y.) and Duncan Hunter (Calif.), several sources have confirmed. None of the Members have been accused of any improprieties.

Being a congressman is like being in college, basically -- you're far from home with no parents, and a lot of free time -- so obviously members enjoy going out and getting drunk and "hooking up," like the kids do.

But is the scandal that these guys are partying with -- and maybe even kissing! -- attractive women lobbyists, or that the only people members of Congress ever see socially while in Washington are paid representatives of various terrible and destructive industries? I mean, Boehner doesn't want it to look like the GOP is physically in bed with lobbyists, but that didn't stop him from inviting lobbyists to craft the GOP's future governing agenda.