"The Cookbook Collector": "Sense and Sensibility" for the digital age

Allegra Goodman's "The Cookbook Collector," set in Silicon Valley, is a smart new take on a Jane Austen classic 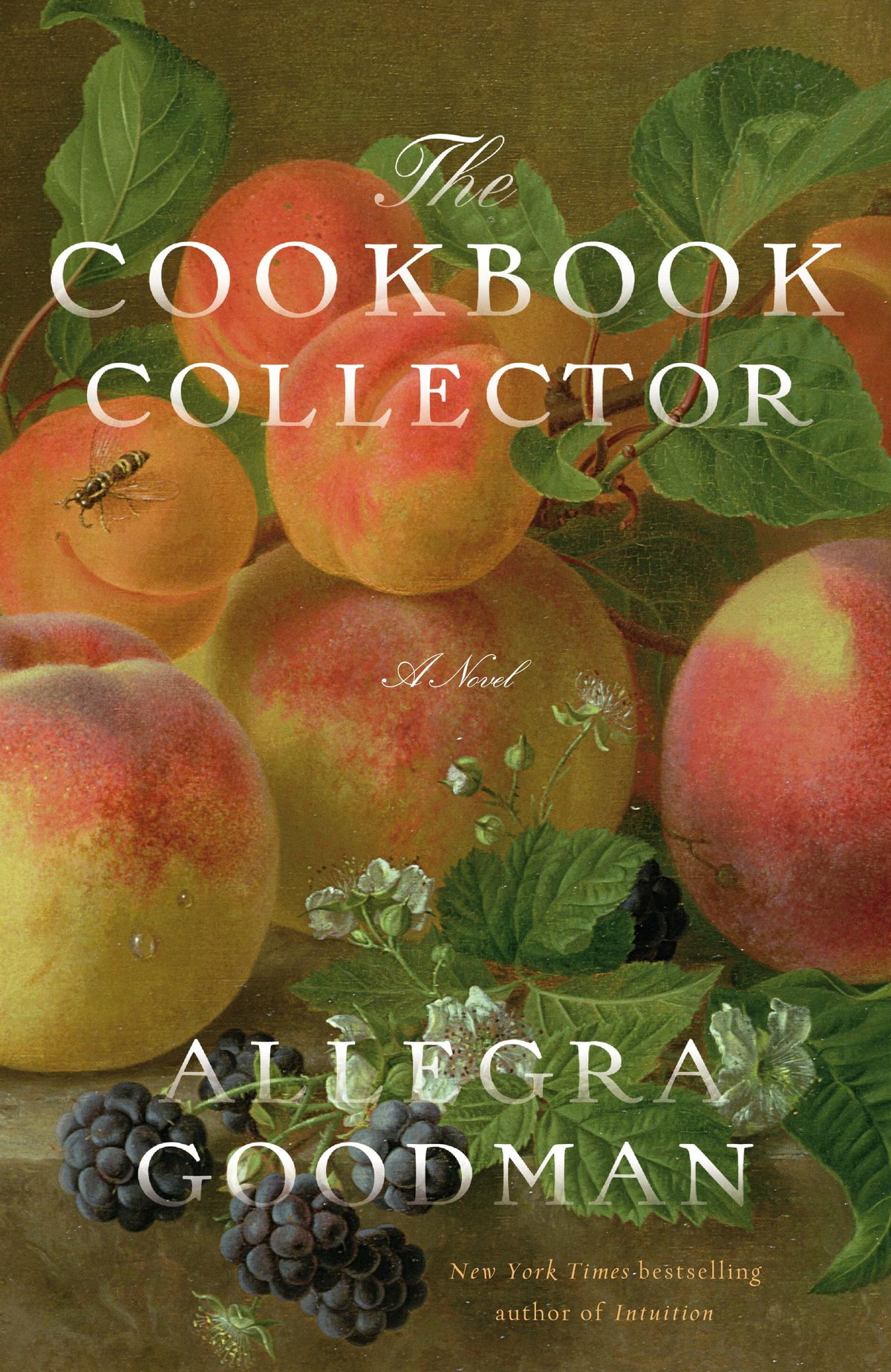 "The Cookbook Collector" by Allegra Goodman
--

Looking for a delicious read? Allegra Goodman has whipped up a delectable mix of intelligence, relevance, wit, romance, moral complexity, bibliophilia, dot-com start-ups and family secrets in her luscious fourth novel, "The Cookbook Collector." Seriously, if charm weren't such a maligned sweetener, I'd flag that ingredient, too.

One of the joys of being a critic is sampling a new talent early and then returning for heaping platefuls of the increasingly accomplished fare served with each successive book. Goodman is a stellar example. When she was barely out of Harvard, she published two sparkling collections of stories focused on quandaries facing assimilated American Jews in the late 20th century. Her first novel, "Kaaterskill Falls" (1998), concerned a small, separatist Orthodox Jewish community in the Catskills  threatened by issues of inheritance, intergenerational conflict and real estate development. She followed with "Paradise Park," a tale that pursued the identity crisis of American Jews through the spiritual quest of its appealingly flaky narrator, a sort of Jewish Anne Lamott. Her odyssey takes her from a Molokai marijuana farm to a Bialystoker Hasid rabbi who asks plaintively, "Why is it that those of us who are born Jews look for answers in every single religion but our own?" before quipping memorably, "Some of my best Jews are Friends."

Goodman's last novel, "Intuition" (2006), marked a subtle shift, addressing a different sort of belief system -- secular faith in science. Instead of an isolated religious community, she convincingly created a tight-knit medical research laboratory, with its own set of restrictive, demanding protocols. Venturing into the politics and ethics of medical research, Goodman explored the pressures to succeed in a field where failure is part of the process.

"The Cookbook Collector" brings together the spiritual and secular strands of Goodman's ongoing inquiry into the multitude of ways one can live and find meaning. Her characters struggle with questions about what's really valuable in an often baffling world in which rare books are more highly prized than giant redwoods, and stock prices soar and crash in the space of months. Goodman has referred to her new novel as "a "Sense and Sensibility" for the digital age." If you're worried about redundancy with Cathleen Schine's delightfully frothy "The Three Weissmanns of Westport," you needn't be: "The Cookbook Collector," although no less entertaining, is a more ambitious book, with a looser connection to Jane Austen's classic.

Like its touchstone, Goodman's adept social comedy centers on two radically different sisters: the older, 28-year-old Emily Bach, is more practical, a driven CEO of a major Silicon Valley data storage start-up. In love with Veritech, she keeps delaying her marriage to hyper-ambitious, competitive, unwaveringly confident Jonathan Tilghman, who has his own data security firm on the East Coast. Since her mother's death from breast cancer when she was 10, Emily has always looked out for her guileless younger sister, Jess, all sensibility to her sense. At 23, Jess is an optimistic, open-minded agnostic, a philosophy student who values knowledge over money and "would rather be well than do well." She is drawn to unpromising relationships and passionate causes like Save the Trees, and works part-time in an antiquarian bookstore. Pressured by her sister to take advantage of Veritech's Friends and Family stock offering, she balks at asking their father for a loan. Instead, this nonpracticing half-Jew finds surprising support from a Bialystock rabbi she meets through a neighbor. It's just one of several far-fetched but appealingly quirky twists in a novel filled with risk-takers and unexpected dividends.

Goodman's love of her characters is contagious. Her description of Jess' boss at Yorick's Used and Rare Books, George Friedman, exemplifies her wry wit and gently mocking fondness. A retired Microsoft millionaire, George is ironically characterized as "old money" -- in contrast to up-and-coming multimillionaires like Emily and her fiancé, Jonathan. He's an "independent, rumpled sort [who] refused ironing out." Slashed both literally and metaphorically by his former love, a knife-wielding chef, he has sublimated his emotional needs by collecting "treasures of the predigital age" such as old typewriters, maps and rare books, including first editions of dystopian satires and, eventually, the extraordinary collection of cookbooks referred to in Goodman's title. "Some kept journals. Some raised children. George told his life history with objects."

Materialistic George and idealistic Jess joust from the start, and although we sense where his sarcastic jibes and her parries will lead, each round feeds our sense of expectation. Jess, 16 years his junior, repeatedly impresses him with knowledge as arcane as his own. Yorick's, we learn in the first of many duels, takes its name not from the famous line in "Hamlet" but from Parson Yorick in "Tristram Shandy."

Once again, Goodman has done her research, mastering technicalities of Web-based information storage and Internet start-ups, as well as convincing knowledge of some of the treasures of culinary history. Her prose is like the ripening peach that George leaves on a counter to entice Jess: initially rock solid, then yielding and juicy. Lovely passages abound, including a Veritech employee's resonant observation, while reading "Winnie-the-Pooh" to her children when the company's stock prices are plummeting, that A. A. Milne's description of Pooh's tumble through oak branches aptly captures "the falling sensation, the surprise and sudden thumps as one lost economic altitude."

The theme that slithers through the dark branches of Goodman's fiction is doubt: not just religious doubt, or uncertainty about whether a fellow worker has falsified data, but lingering questions about how one should act in a bewildering world. Is "marriage without borders" -- sharing everything with one's partner, including company secrets -- necessary or advisable? How important -- or realistic -- is absolute trust? Should a father tell his children about their dead mother's past, against her dying wishes? Is information always a gift? Part of what makes Allegra Goodman so engaging is her fascination not with certainty but with moral ambiguity. None of these questions have simple answers -- but then, the most interesting questions rarely do.