Call it the "Southern twang strategy": Americans will forget all about that oil spill if the new CEO has a drawl 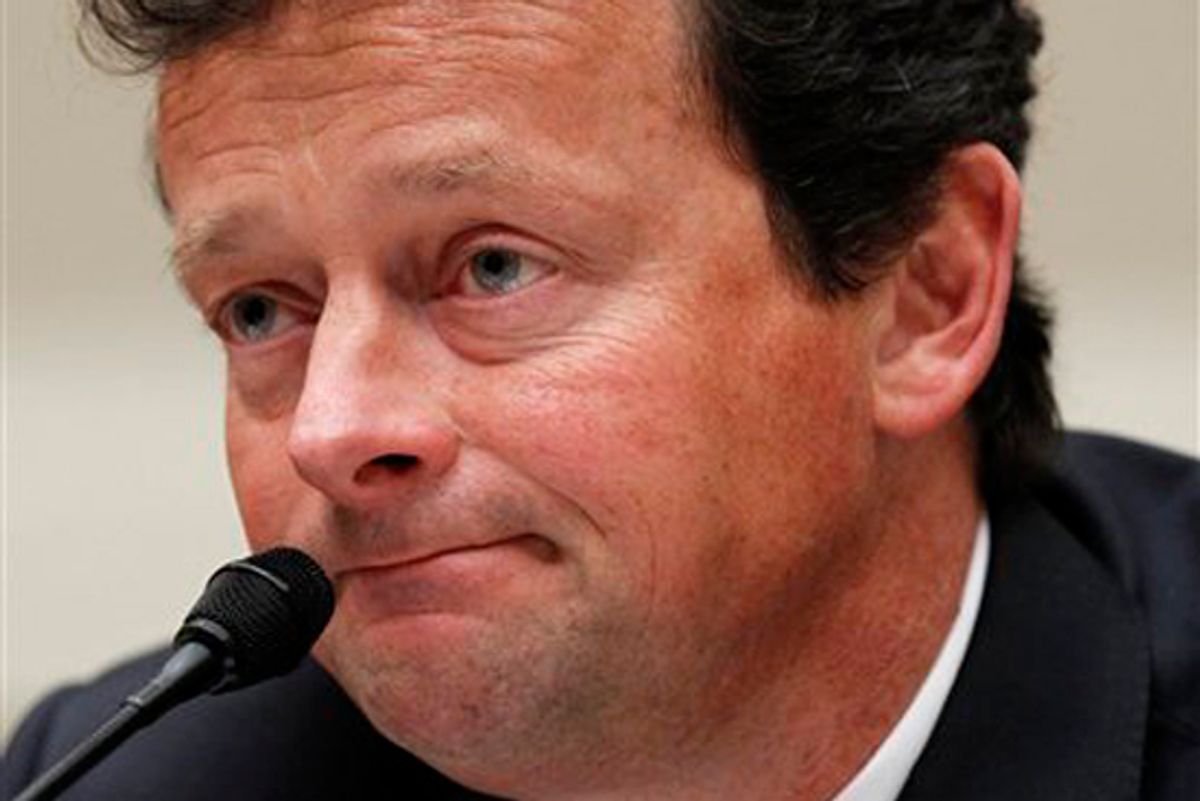 The BP oil spill saga has suddenly turned into a weird James Bond thriller. According to media reports, BP CEO Tony Hayward has been exiled to Siberia, where he will oversee TNK-BP, a joint venture between BP and a group of Russian oil billionaires, one of whom boasts a name that even the most jaded hack screenwriter would likely think too lame to bestow on an evil master-villain: German Khan.

Even odder: Hayward is being replaced as CEO by American-born Robert Dudley, a former Amoco executive who reportedly had to flee Russia in 2008 after a campaign of "sustained harrassment" made it impossible for him to effectively run TNK-BP.

If I were a Russian oligarch, I'd feel a little annoyed. Dudley, who couldn't even get his work visa in Russia renewed, becomes CEO of the entire multinational, while Hayward, having presided over one of the worst disasters in BP history, is thought the perfect man to soothe the savage Cossack.

Even so, Americans have more of a right to be irritated than Russians. The consensus media wisdom on the Dudley ascension is that BP's board of directors has decided that an "American accent" is the key to ensuring BP can continue to do business in the U.S. BP's future, apparently, hinges on its ability to exploit offshore wells in the Gulf, so a southern twang is now a necessity.

(Some people think the British Empire ended many decades ago, but I think future historians will note BP's twang ascendancy as the final nail in the imperial coffin.)

If bringing in a local who hails from Hattiesburg, Mississippi doesn't work, well, there's always the chance for rehabilitation through rebranding. According to the Wall Street Journal, some advisers are recommending that BP change the name of its American subsidiary to Amoco -- the American oil company gobbled up by BP in 1998.

Are we really that stupid? A name change and a southern accent and we'll forget all about that l'il ole oil spill mucking up the Gulf? Somehow, I don't think a similar strategy would work in Siberia. Maybe in exchange for Hayward heading off to the Russian tundra, we can get a couple of cut-throat oligarchs transferred to Louisiana and put them in charge of watching over BP.