Senate memo: As many as 6,600 burial mistakes at Arlington

On the eve of a hearing, Claire McCaskill's office lays out far worse problems than the Army has acknowledged 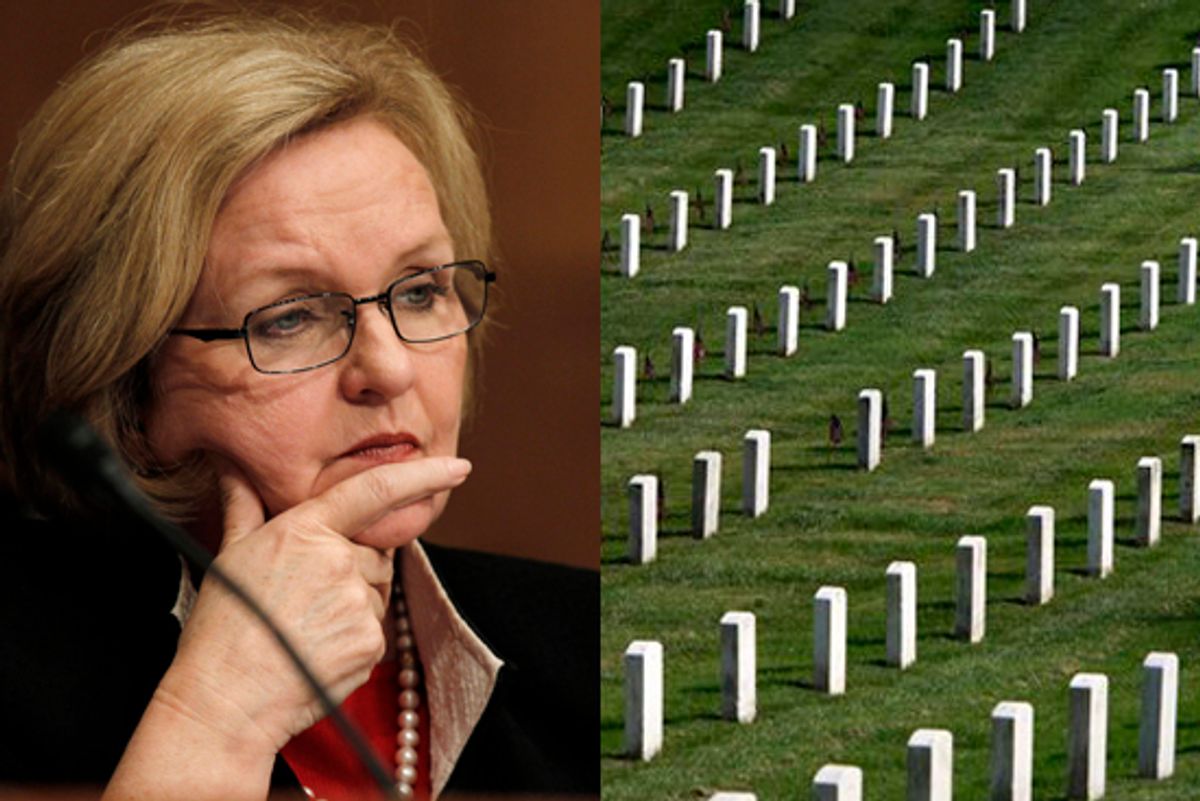 The total number of unmarked, improperly marked or mislabeled graves at Arlington National Cemetery could be well over 6,000, according to an estimate by a Senate subcommittee investigating the cemetery.

The Senate Subcommittee on Contracting Oversight, chaired by Sen. Claire McCaskill, D-Mo., is conducting an investigation into the burial and contracting scandal at Arlington first uncovered in a year of reports in Salon. A July 27 memo to subcommittee staff credits Salon with exposing the problems now being investigated. The memo also warns that "The problems with graves at Arlington may be far more extensive than previously acknowledged. The Subcommittee has obtained information suggesting that 4,900 to 6,600 graves may be unmarked, improperly marked, or mislabeled on the Cemetery’s maps.”

The memorandum says that estimate is based on a review of more than 5,300 pages of Army documents, material from whistle-blowers, and interviews with current and former government officials.

McCaskill's estimate of missing or mismarked graves could well be correct, and may even be conservative. The Army last month released a report documenting 211 problems in three sections of the cemetery, where paperwork showed remains in a grave for which there was no headstone in that section. (Or, conversely, there was a headstone in that section for a particular grave, but no paperwork to match.) But there are 70 sections at Arlington, holding a total of over 330,000 graves. And as Salon outlined over the past year, each single burial blunder can create a domino effect: If the wrong person is named on a headstone, then where is the body that should be under that headstone?

Salon reported Tuesday that Arlington budget chief Rory Smith tried to warn Army higher-ups of management and contracting problems as early as 2003, to no avail.