Who says Asian dessert soups are all fungus and frog insides? Here's one that tastes like a tropical holiday 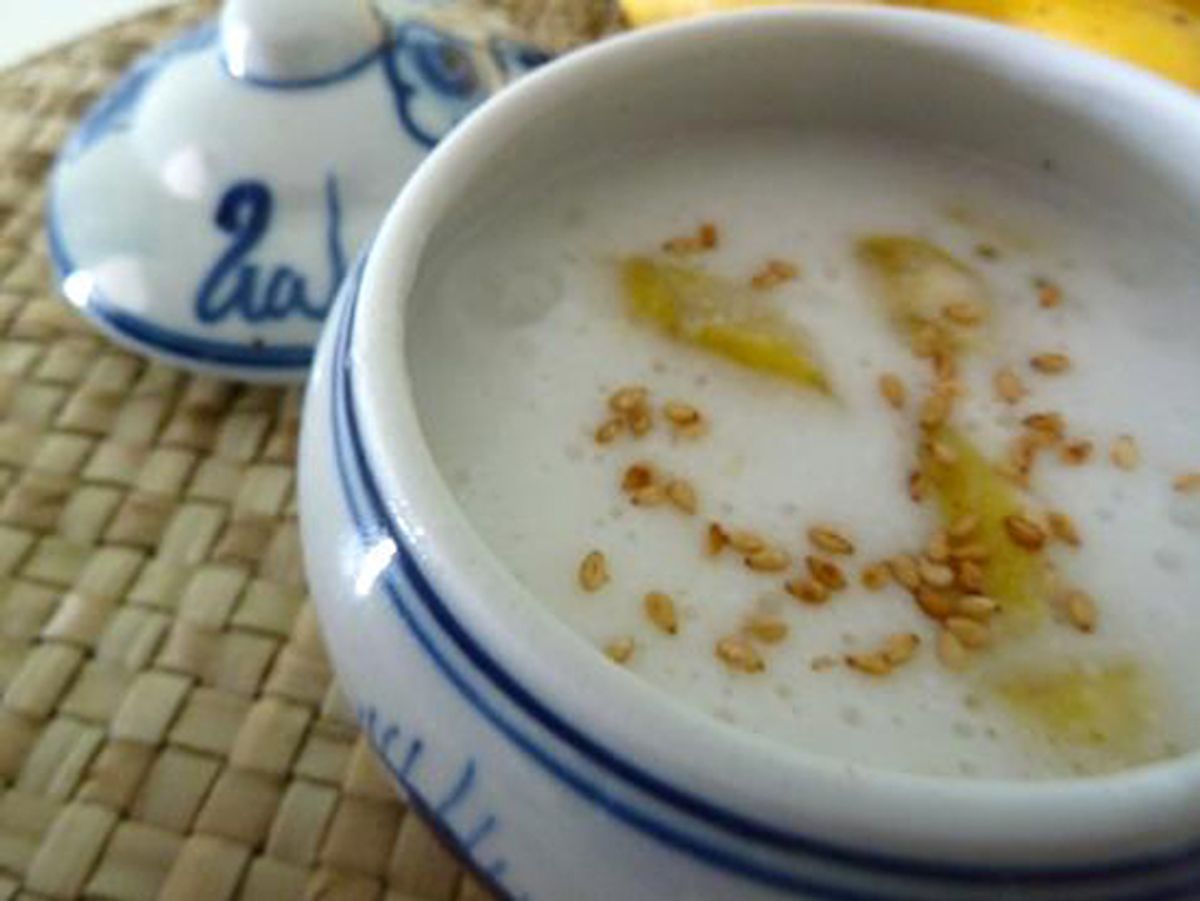 There's a notion that desserts are not a part of Asian cuisine. Supposedly, fruit is enough to satisfy the Asian sweet tooth. It's time to shed light on this myth. There are a lot of traditional desserts in Asian cuisine. It's just that these may not translate well.

For example, in Cantonese cuisine there is the whole category of dessert soups. I'm guessing that, like myself, Salon's Francis Lam has faced many bowls of these at Chinese banquets, along with the appetizer of cold jellyfish and bottles of Johnny Walker for celebratory toasts. The question is, does he like them?

As much of a fan as Francis may be of cold soups, these Chinese dessert soups, known as "tong sui," which can be served hot or cold, might not be what he was envisioning for this week's Salon Kitchen Challenge. They require both translation as well as familiarization, and most certainly an adventurous palate. As a hallmark of Cantonese cuisine, they are very popular in Hong Kong, but they have made their way to overseas Chinese communities throughout Asia and around the world. They are sweet, as you'd expect dessert to be, but they have some ingredients not usually seen in desserts of other cultures.

Beans, for instance, make a frequent appearance. The green mung bean and the red azuki bean are the most common varieties. Fungus is also featured. No, not what you're thinking -- neither the source of that nasty rash nor the usual mushroom, but a variety known as white tree fungus, which is similar to the brown or black version you might have eaten in your mu shu. Other common ingredients in Chinese dessert soups include gingko nuts, lotus seeds, taro root, sweet potatoes and black sesame paste. Oh, you can handle these?

Okay, then you might be ready for the expensive delicacy called bird's nest, which is literally that, and used as a special ingredient in both savory and sweet soups. Finally, brace yourself for this next one, a delicacy called hasma. Known also as snow frog jelly, these are the fallopian tubes of frogs.

Don't worry, these are way beyond my comfort zone. For the more timid among us, there are traditional Asian dessert soups that have much broader appeal. How about tapioca? This starch is usually made into toothsome "pearls" that are commonly made into pudding in American home cooking. In Asian desserts they're made into soups, of course. These are popular both in Chinese cuisine and in the cuisines of Southeast Asia, including Vietnam and Thailand.

One of my favorite tapioca desserts comes from Vietnam. It can be served warm or cold. Chilled, it is reminiscent of a milkier, more fruity, tropical version of your mom's tapioca pudding. The tapioca pearls lend a pleasant mouthfeel and are a visual treat -- glistening orbs floating in a sea of creamy coconut milk.