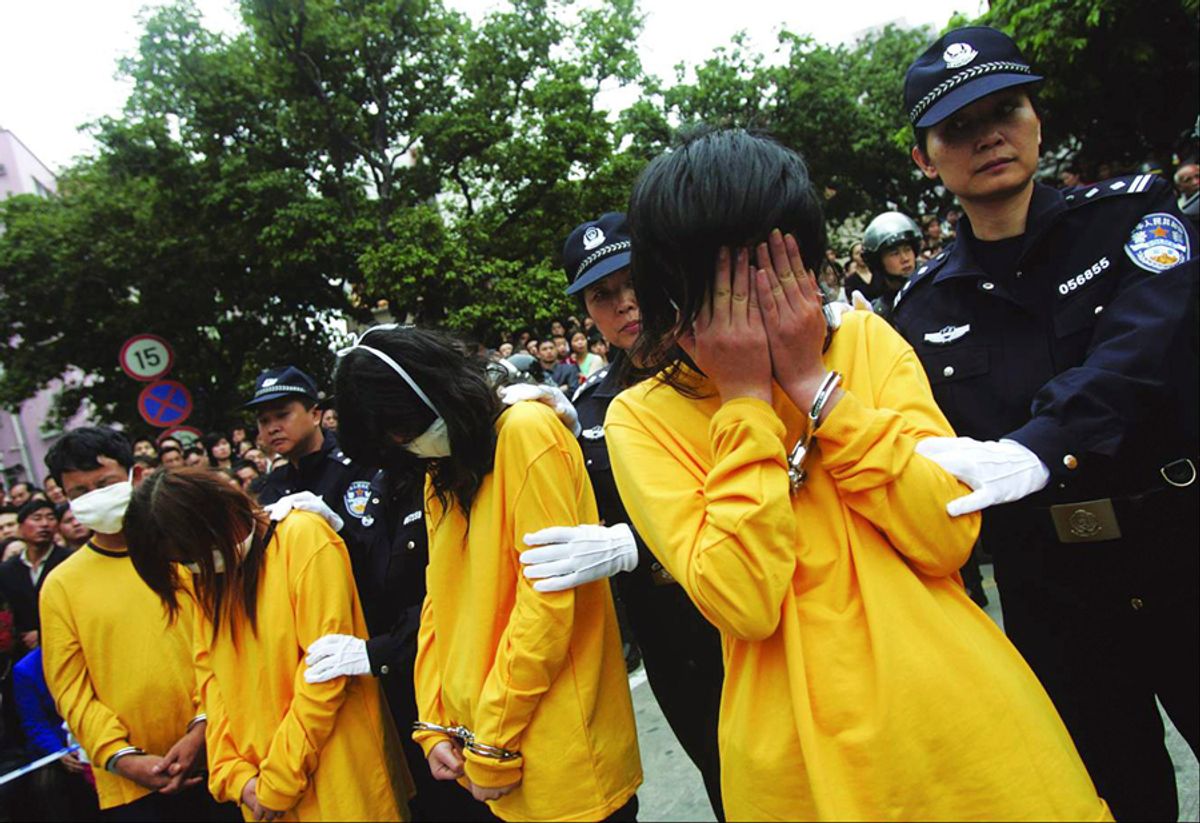 Gone are the days of shackling Chinese prostitutes and parading them around in public. So too are the Internet postings of sex workers' mug shots and home addresses. The Ministry of Public Security has demanded a stop to the so-called "shame parades," the New York Times reports, and called for the enforcement of laws in a "rational, calm and civilized manner."

How rational, calm and civilized.

Don't give the Ministry too much credit, though. The policy change comes only after tremendous public outrage, much of it expressed in online forums, in response to recent public shamings. The Times reports:

Last October, the police in Henan Province took to the Internet, posting photographs of women suspected of being prostitutes. Other cities have been publishing the names and addresses of convicted sex workers and those of their clients. The most widely circulated images, taken this month in the southern city of Dongguan, included young women roped together and paraded barefoot through crowded city streets.

The police denied the latter was a humiliation tactic and called it part of an investigation -- into what, the cruelty of crowds? No matter, because the public didn't buy it and the resulting outrage was strong enough to allegedly reverse the established tradition of publicly shaming criminals. So for now, at least, sex workers will not be forced to walk the streets in shackles -- and that, well that's ... something.