Anti-Obama messages sprouting up around U.S. Why? "Ever been in Houston traffic?" 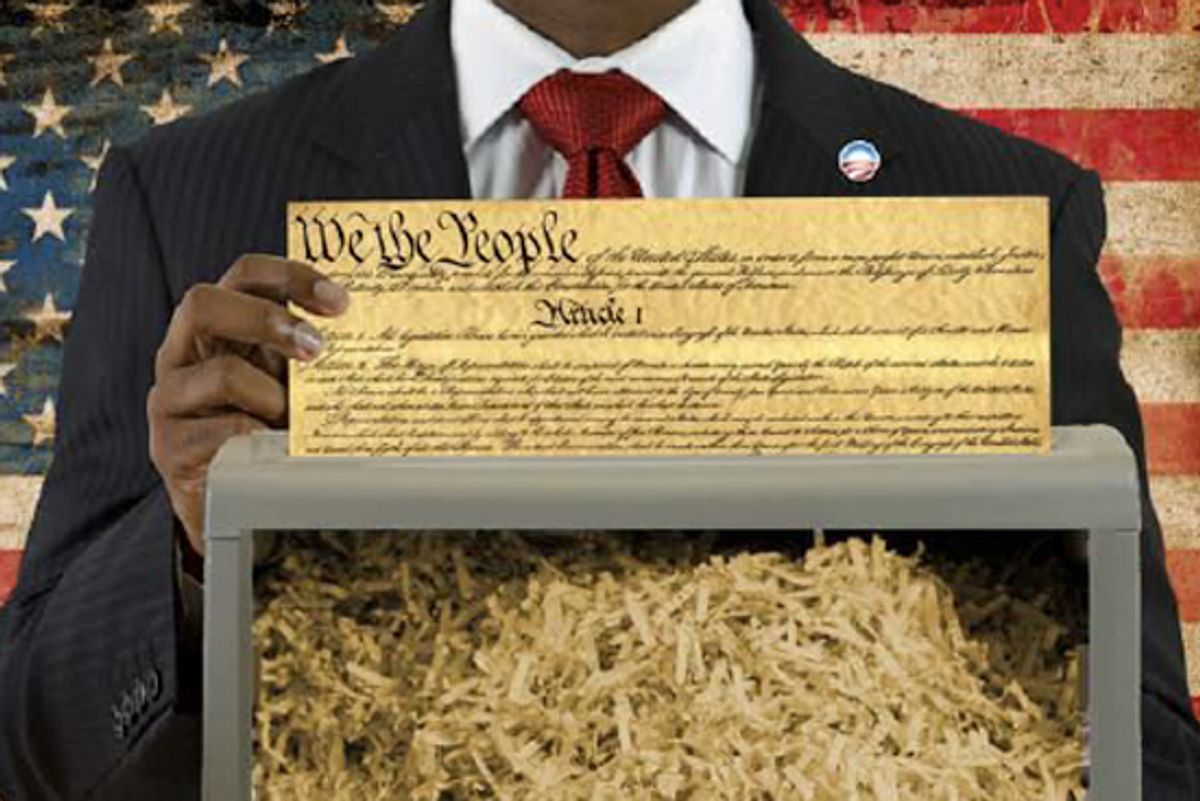 The Tea Party is increasingly embracing the billboard as a means of getting its conservative message out around the country, with a new Texas group organizing as a political action committee to raise money for more signs.

"I'm fighting back -- the only way I know how," Dennis Frakes, co-founder of Freedom Billboards of Texas and vice-president of a Houston oil and gas engineering firm, told Salon today. "We're going to take care of people like [Rep.] Sheila Jackson Lee [D-Texas]," he said.

Frakes' group touts billboards on its website that portray a range of messages from inspirational Ronald Reagan quotes to a picture of President Obama shredding the Constitution to one that simply shows the Statue of Liberty weeping. He said the first sign will go up Aug. 15 in the Houston area, though the group is still mulling which message it will carry.

Frakes said in the few weeks since Freedom Billboards registered as a PAC with the Federal Election Commission, he has already raised in the neighborhood of $10,000 -- much of it from Tea Party activists in the Houston area. Frakes, who is angry about the healthcare overhaul bill and the moratorium on deep water drilling off the Gulf Coast, said he is not a member of any Tea Party himself, but he fully supports the movement's goals. Freedom Billboards currently shares a mailing address with his company, Oil and Gas Solutions.

Asked why he is focusing on billboards in particular, Frakes countered: "Ever been in Houston traffic?"

In fact, the tactic has been used by Tea Partiers around the country. The North Iowa Tea Party last month put up (and later took down) a billboard explicitly comparing Obama to Hitler and Lenin.

In March, a billboard showing Reagan in a cowboy hat with the message "Remember real hope and change?" showed up on a highway in Minnesota. The group that designed that sign -- which is also helping Frakes -- is Freedom Boards Across America. Its billboards have shown up in Arizona and elsewhere in Minnesota in the past few months.