Gay adoption: The kids really are all right 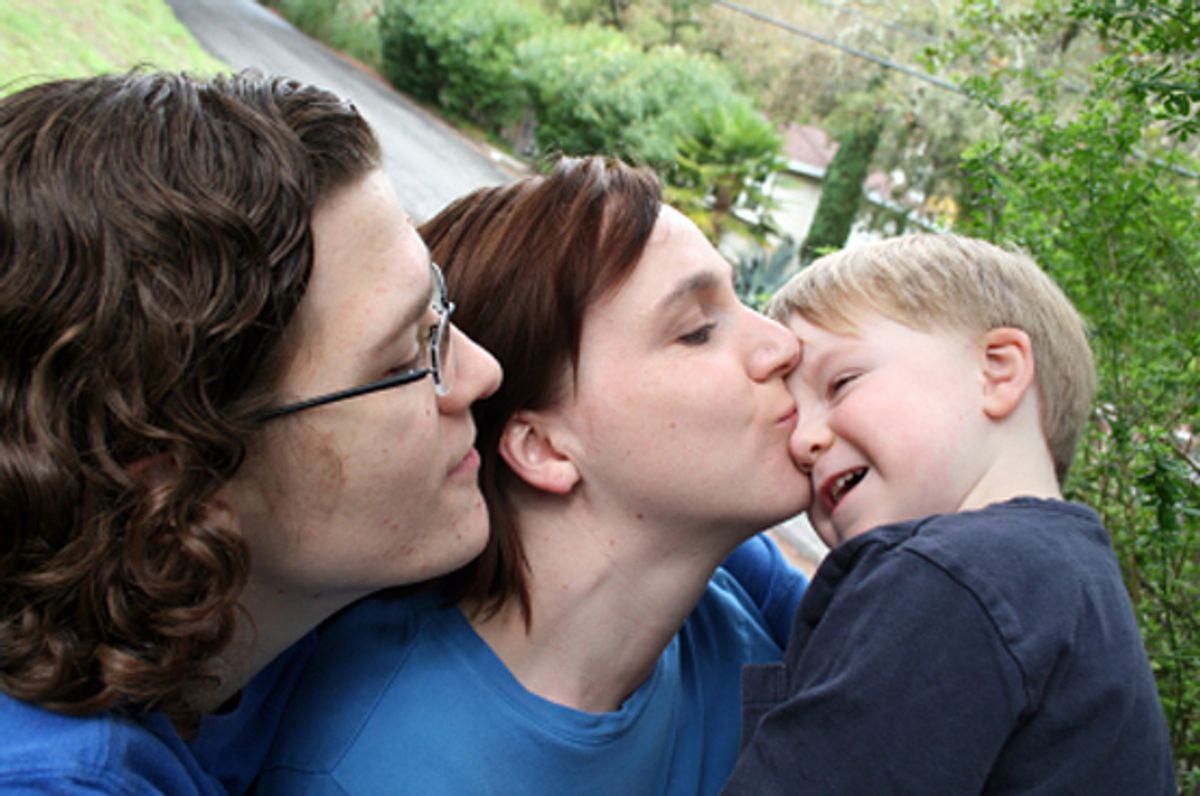 This study should once and for all silence critics of same-sex parenting. Not that it will, but it certainly should. It turns out gay and lesbian couples are perfectly capable of raising happy, healthy kids.

You might be experiencing déjà vu and, indeed, there has been a growing body of research demonstrating that same-sex couples can rear well-adjusted children. But this is the first study of gay and lesbian parents to compare parental reports on adopted children's behavior and development with evaluations by outside caregivers. A major criticism of past research has been that it relies on self-reported data from parents (and, fair enough, we know parents don't always offer the most accurate evaluations of their offspring).

But now we have this fine bit of research that looks at kids adopted at birth by 27 lesbian couples, 29 gay male couples and 50 heterosexual couples. Parents, teachers and caregivers evaluated the preschoolers in terms of behavioral adjustment and gender development. The outcome: "Regardless of whether they had one mother and one father, two mothers, or two fathers, children were thriving" and showed "no signiﬁcant differences ... on measures of internalizing, externalizing, or total behavior problems." It's also true that "most boys exhibited behavior typical of other same-aged boys, and most girls exhibited behavior typical of other same-aged girls." That throws a wrench in the old argument that kids needs a male and a female role model at home for "proper" gender development.

The takeaway here, researchers say, is that there is "no justification for denying lesbian and gay adults from adopting children." Here's hoping Florida, Mississippi and Utah, which outlaw same-sex adoption, are listening.