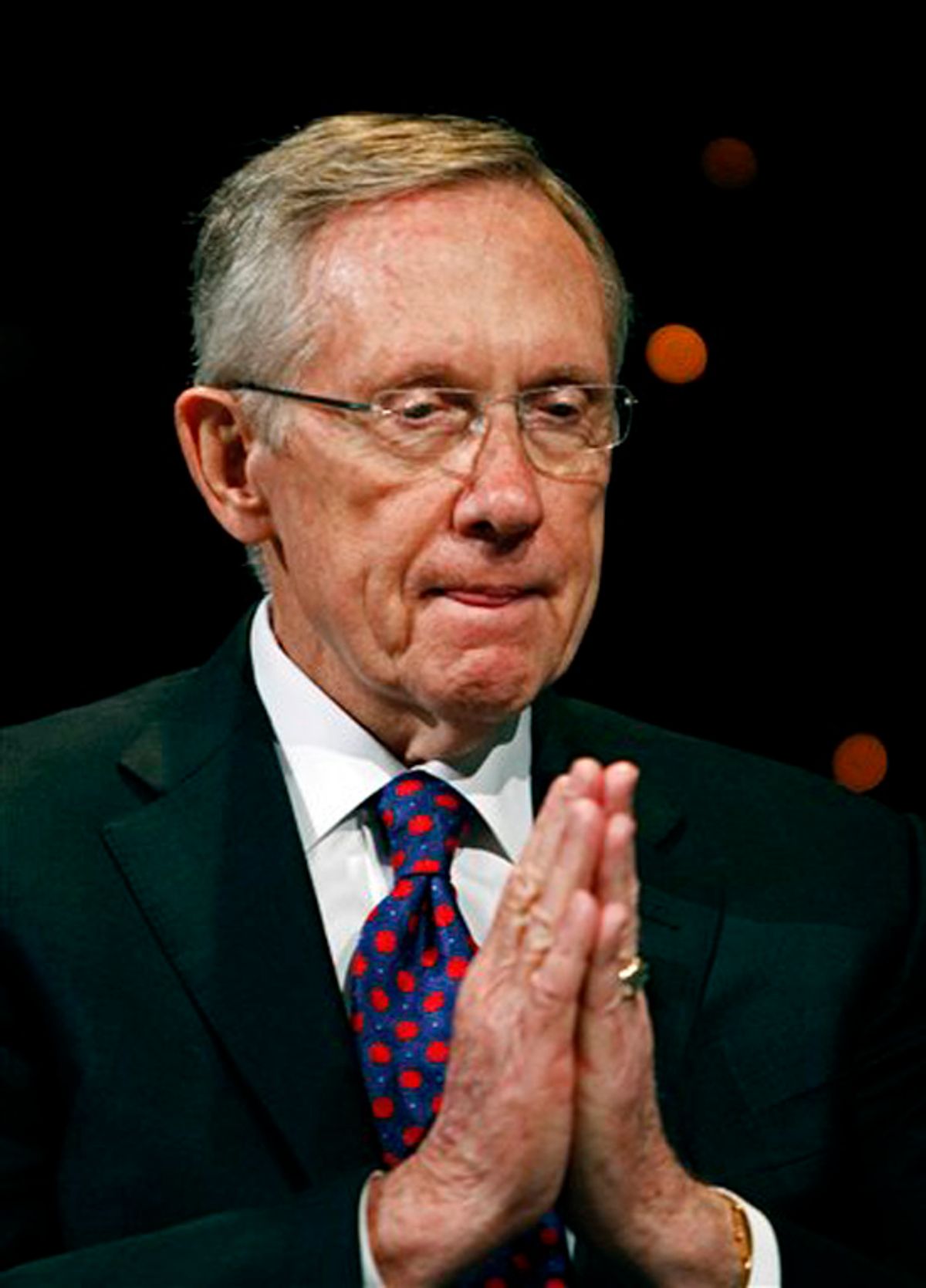 Among the theories tossed around for Harry Reid's surge in Nevada, the most prominent is that the Republican nominee, Sharron Angle, is, ahem, slightly crazy. Few theories, however, actually out-crazy Angle.

At Salt Lake City's Deseret News, however, political blogger/reporter Jamshid Ghazi Askar has accomplished that impressive feat with this assertion:

Starting today, I believe Senate Majority Leader Harry Reid (D-Nevada) will win his bid for reelection to the U.S. Senate because God wants him to win.

Oh, by the way, the Deseret News is owned by the Mormon Church. And Reid is a Mormon. (For the record, both candidates in the Senate race in Utah are Mormon. When reached at Angel Wing's Bowling Alley & BBQ, God refused to comment on whom he supports in that race.)

Now, to Askar's credit, he recognizes that there are plausible explanations for Reid pulling ahead of Angle. But he dismisses these because they don't account for the "stunning turn-around" in Reid's fortunes, and instead, as every good religious person does, jumps straight to "It's God's will!" It's also apparently God's will that Askar does not pay much attention to daily political news, since Reid's "stunning turn-around" has been building since Angle won the Nevada primary.

Quite honestly, there's not enough gin in my liquor cabinet to sort through all of the fecal matter in Askar's post, so I'll hit the top-shelf issues.

1. He provides one news link to back his assertion that Reid has been in serious trouble until yesterday, and it's to a post at the FiveThirtyEight blog from January. That's right, seven-plus months ago. Mr. Askar, I don't have the space to provide the many, many, many links since Angle has been nominated saying that Reid is now in the driver's seat, but here's one, from Salon in May. Angle still had a double-digit lead then, but nobody I spoke with believed it would last.

2. Reid has been closing the gap very quickly on Angle, and every time she has talked (which is very little) he closes it more. Oh, and Reid has actually been leading since at least July 16.

3. Secondary support for his theory is provided by linking to a Saturday Night Live skit from 2009. 'Nuff said.

4. How, how, how are Angle's many gaffes and Reid's $9 million not good enough explanations?

5. God does not give a shit who is running the Senate.