Could Palin survive a New Hampshire drubbing in '12? 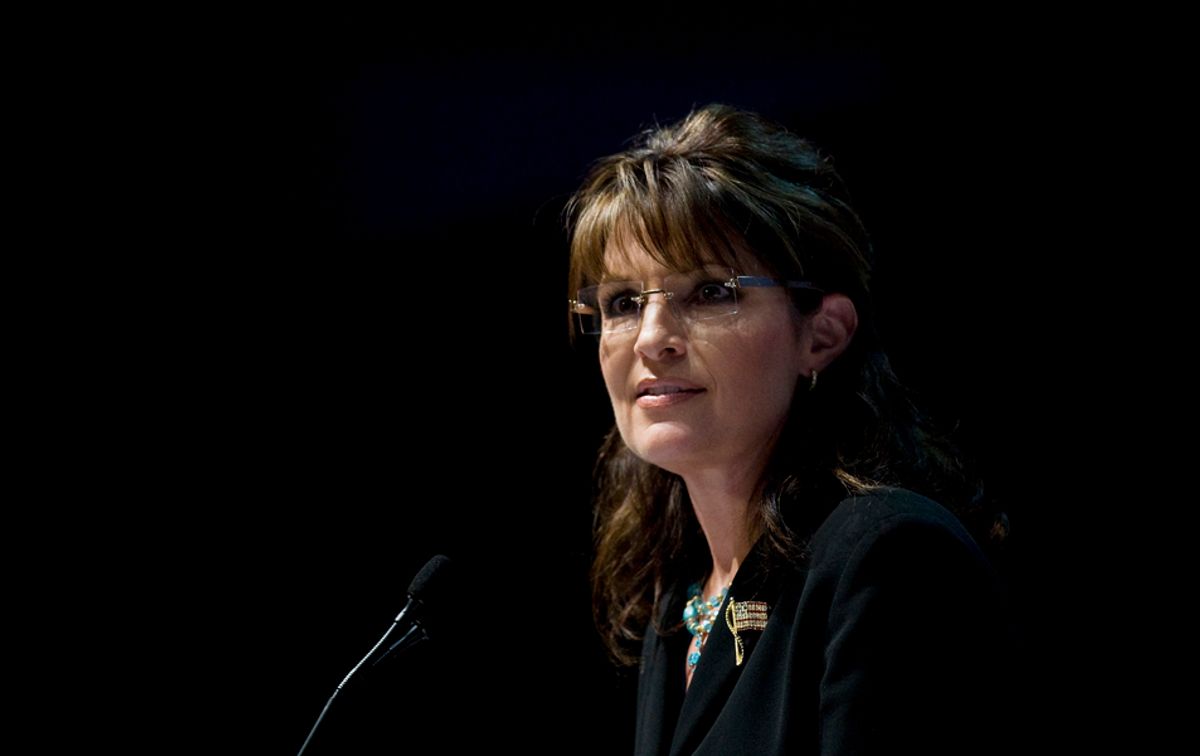 PPP is out with a new poll that purports to show Sarah Palin dragging down the GOP's top Senate prospect in New Hampshire, Kelly Ayotte.

Whether this is evidence of the Palin effect or just statistical noise remains to be seen. But it does raise an issue with direct relevance to whatever White House aspirations Palin harbors: On paper, New Hampshire is not a natural fit for her -- at all.

The state's electorate -- even its Republican electorate -- is not particularly receptive to religious-tinged cultural conservatism of the sort that Palin embodies. New Hampshire, don't forget, is where Pat Robertson's momentum went to die in 1988 -- when he followed up on his stunning second-place finish in Iowa (beating out then-Vice President George H.W. Bush) with a dismal last place showing in the Granite State. Something similar happened to Mike Huckabee last time around; his decisive Iowa victory was worth next to nothing in New Hampshire, where he finished a very distant third place -- a showing that helped solidify the view that his appeal had strict geographic and cultural limits.

True, the New Hampshire GOP does have some very conservative elements. But they tend to exhibit a more libertarian strain of conservatism -- fiercely anti-tax and anti-government, but not particularly religious in nature, and not that hung up on abortion, homosexuality, evolution and the usual litmus test issues. It's worth noting that Pat Buchanan had far more success in New Hampshire running on taxes (in 1992) and on an isolationist/America first message (in 1996) than Robertson or Huckabee could have even dreamed of.

A poll back in April found Palin running 26 points behind Mitt Romney in a potential '12 matchup in New Hampshire, 39 to 13 percent. This far out, the numbers don't mean that much, but given the state's history, it's worth wondering if the mid-teens might represent Palin's ceiling. If that's the case, then she'd have to buck history to win the GOP nod in '12, because no modern era presidential nominee from either party has ever finished worse than second in New Hampshire (and usually a strong second).

From 1952 and 1992, in fact, no one was elected president without winning the state's primary. When he won the November 1988 general election, George H.W. Bush made sure to include a "Thank you, New Hampshire" in his victory speech, since his comeback win over Bob Dole in the February primary had righted his ship and set him on course for the Republican nomination.

In defeating Bush in 1992, Bill Clinton became the first modern president to be elected after losing New Hampshire's primary, although that designation comes with an asterisk: By skillfully playing the expectations game, Clinton got the media to frame his second place primary finish (behind Paul Tsongas) as a triumph for "the comeback kid." In votes and delegates, Tsongas won the '92 primary. But in media coverage, Clinton did.

Both presidents who followed Clinton also lost New Hampshire in the primaries. George W. Bush was thrashed by John McCain in 2000, an outcome that turned the GOP nomination contest into a legitimate fight -- at least for a few weeks. And Barack Obama suffered a surprise loss to Hillary Clinton in 2008, a result that many are still at a loss to explain -- and one that spared the former first lady a humiliating early exit from the race.

The key point here is that no eventual nominee from either party has ever finished worse than second in New Hampshire. And none has ever received less than 26 percent of the vote (Clinton's '92 tally). Many eventual nominees suffered losses in the state -- losses that, in some cases, nearly derailed their campaigns (think: Walter Mondale losing to Gary Hart in 1984 and Bob Dole being edged out by Buchanan in '96). But they were able to move on because the New Hampshire result, no matter how disappointing for them, didn't alter the perception that they had broad national strength.

But a Robertson/Huckabee-esque showing for Palin in New Hampshire might have a different effect. It would be one thing for her to finish a respectable second -- say, losing to Romney 36 to 25 percent, or something like that. But finishing in, say, fourth place with 12 percent of the vote would be something else entirely. No one has ever done that in New Hampshire and even come close to winning a major party nomination.

(It's worth noting that when the initial returns in '96 suggested Dole would actually finish third in the state, behind both Buchanan and Lamar Alexander, he told his aides that he would drop out. But he ended up barely beating out Alexander for second, which allowed the media to present the GOP race as a Dole-Buchanan fight. Even though he was right on Dole's heels in the actual results, Alexander was a forgotten man in the post-New Hampshire media coverage, and his campaign quickly ended.)

Maybe Palin can get by without a strong New Hampshire performance (the way John McCain survived without putting much into Iowa in 2008). Or maybe she'll do better than I'm imagining. But she doesn't seem like a good match for the state -- and if history means anything, that's a big problem for her.