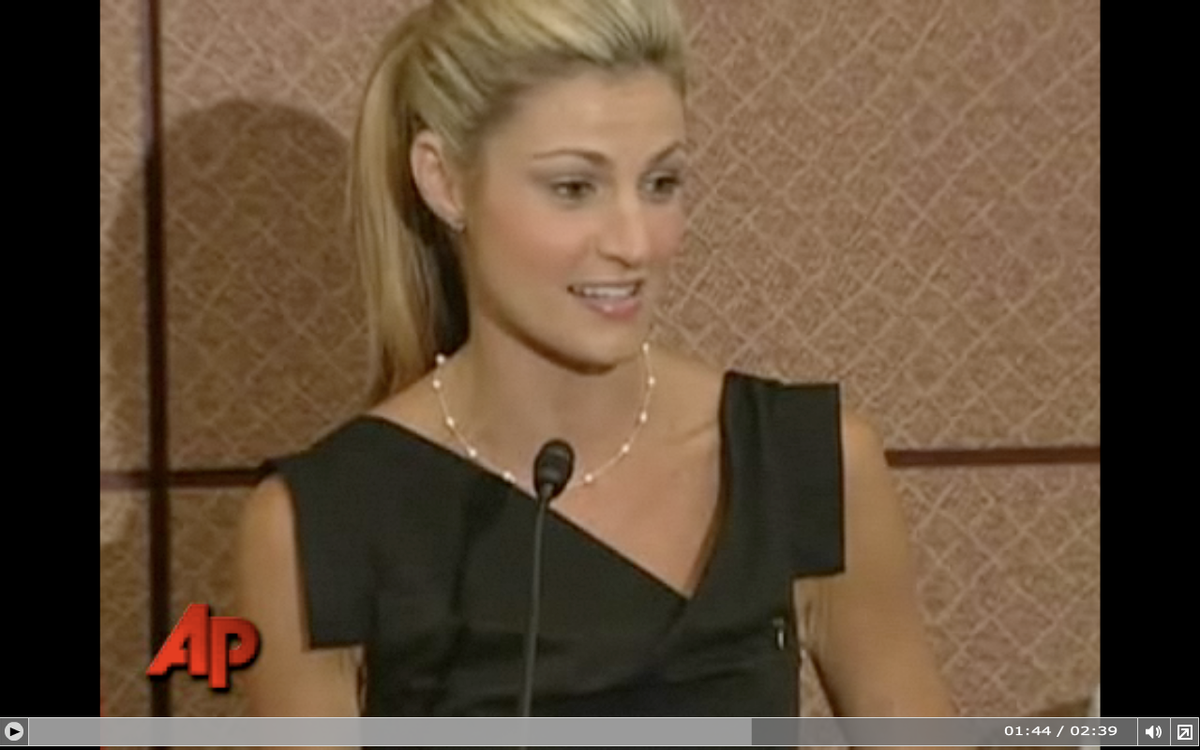 There is nothing like being secretly videotaped while changing in your hotel room to make you get political about anti-stalking laws. ESPN sportscaster Erin Andrews hit Capitol Hill Tuesday to campaign for the "Simplifying the Ambiguous Law, Keeping Everyone Reliably Safe Act of 2010," aka the "STALKERS Act of 2010." (To whoever insisted on making that acronym work: You're fired.)

During an emotional press conference, Andrews was clear about her role in pushing forward H.R. 5662: "I'm showing my face. I'm lending my voice. And I'm here to give this law some teeth." She's the celebrity spokesperson, the pretty face with a sad story to tell, and without her it's unlikely the cause would get much attention. Now that she has your attention, though, you might wonder what exactly is behind H.R. 56-whatever.

For starters, the measure allows for stricter punishment in cases where the conduct is "in violation of a protection order," or if the victim is under the age of 18. For her part, Andrews felt her stalker deserved more than the 30-month prison sentence he received (for the record, I'm not entirely convinced). It also updates federal anti-stalking law to include newer technologies -- including cellphone cameras and text messaging -- which were previously omitted; and it expands the definition of stalking to "conduct [that] would be reasonably expected to cause the other person serious emotional distress."

This is just the latest in a slow-moving push to address the myriad ways new technology is being used for high-tech harassment -- especially that of the sexual, female-targeted kind.