Flying over Cape Cod in a cramped cockpit, I wanted nothing more than to be down on the beach. Call me a heretic 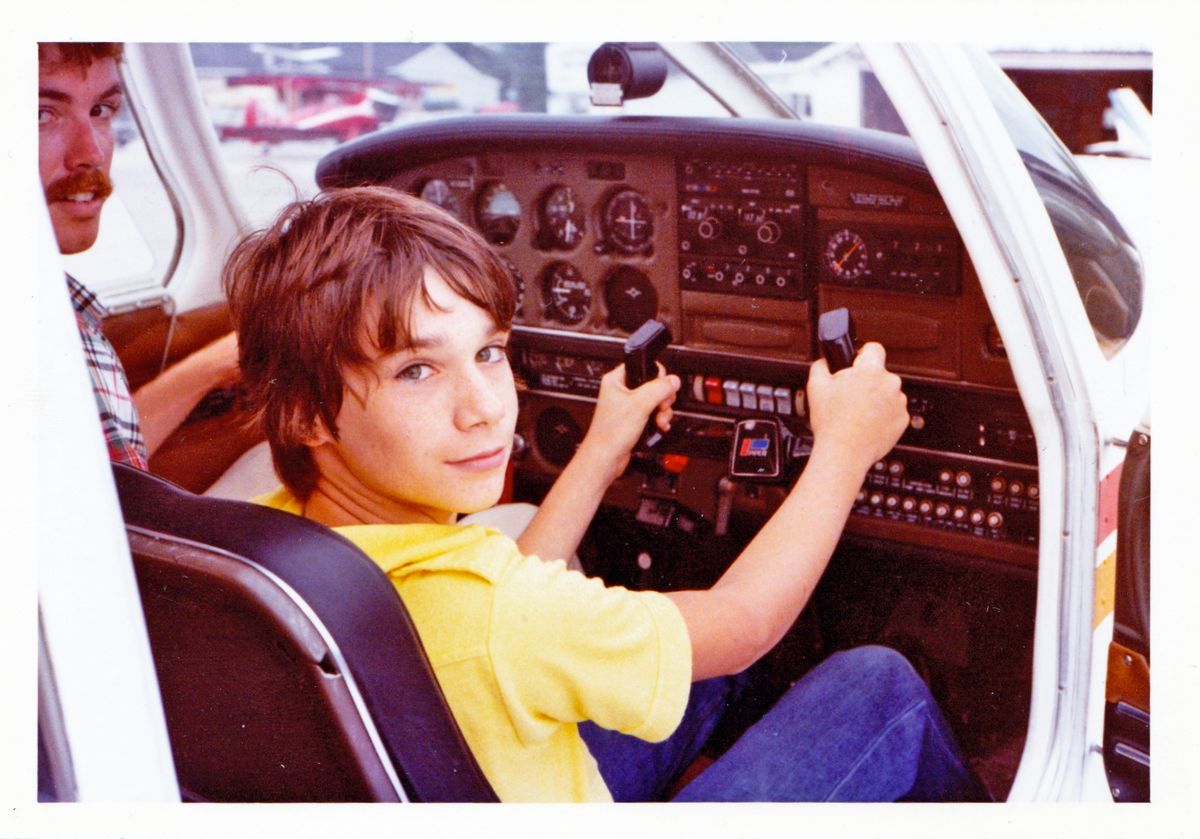 Writing in this space a week or so ago, I shared a story from my private pilot days.

I spent the better part of five years -- from, roughly, autumn of 1985 through the late summer of 1990 -- immersed in the world of general aviation, as it's also called, slowly building time and collecting the various add-on licenses and ratings I'd need for an airline job. Somewhere in the back -- which is to say the front -- of my logbook, I have almost 1,500 flight hours at the controls of various single-engine Cessnas, Beechcrafts and Pipers. No fewer than 1,100 of those hours were logged as an instructor, teaching students to fly in exchange for a poverty-level salary.

When I think back to those years, my memories aren't especially fond. Frankly, as I see it, those are 1,500 hours -- two full months aloft! -- that I'm never getting back.

I feel that way about a lot of things, I suppose, and don't we all. And it's not that I don't savor the thrill of flight. Just maybe in a different way than some. I love my job and the places it takes me; I'm doing exactly what I dreamed about doing when I was a seventh grader. But this is commercial, international flying. There was much about general aviation flying that I did not enjoy: the miserable pay, the tiny cramped cockpits that were either scorching hot or numbingly cold, the depressing suburban airports.

That makes me a snob, or a heretic, in the eyes of many private pilots. But that's all right.

Summers were the worst. It would be some steaming day in July or August, and I'd be giving instruction in some tattered old 172 over the shoreline of Plum Island or Cape Cod. I'd be up there at 2,000 feet in that claustrophobic cockpit, sweat dripping down, literally banging elbows with my student, bouncing around in the hot gusts, ears ringing, hoarse from trying to shout over the din of the unmuffled pistons. And there, directly below, would be this torturously gorgeous beach. Looking at the people playing Frisbee and splashing in the surf, I wanted nothing more than to be out of that blasted contraption and down there with them. It was all I could do not to grab the controls and aim for a landing on the sand, fling open the Cessna's flimsy door and run for the water, free at last!

Those were some of the most depressing moments of my life, I think.

Ironically, I imagine that many of the people below were looking up at us, jealously. What a beautiful day for flying, right? How splendid it must be on a clear summer day, up there in the breeze.

What the hell did they know? Most people who look longingly at a small plane have never been in one. It's hot, it's cold, its very tight and it's noisy as all hell. Worse, even, than Southwest.

But for the record, I'll note that I always was a fan of the low-wing Piper series over the high-wing Cessnas. The cockpit of the Piper Warrior was a better design, ergonomically. The Cessna was boxy, and the position of the wing cut hazardously into one's view.

I had a student, though, Fred Shelton, who owned a clean and well-equipped Cessna 182 that I was quite fond of. He would let me borrow it in exchange for instruction toward his instrument rating. N9401X was the plane's registration. I will always remember that number. In fact, that plane was the last private plane I ever piloted -- to Nantucket one weekend in August 1990, shortly before going off to ground school at my first airline job. Here's a shot of it, proud and resplendent (so much as a Cessna can be either of those things) on the apron at Hanscom Field, outside Boston.

Nantucket was my favorite destination, and I landed there in N9401X many times. I would bring John or Ben or Graham or Samantha Simpson  -- or whichever girl I was trying (and failing) to impress at the time. But the real thrill wasn't the flight down, it was swimming out at Nobadeer. We'd grab our stuff, lock up the plane, scale the 6-foot perimeter fence, and hike to the beach.

Of course, on the other hand, it was the airplane -- the privilege of flight -- that made those memories possible. One of my big laments is that people have taken the airplane out of the travel equation. Flying, in most people's eyes, is but an inconvenient means to an end. That, to me, is a terrible shame. Once upon a time, it took months in a sailing ship to reach faraway countries and cultures that today are reachable in a matter of hours. How is that not exciting?

That is what I love about flying today (New York to Hong Kong in a 747), and, on a much smaller scale, what I loved about it then (Hanscom Field to Nantucket in a four-seater).

Getting there was half the fun.