According to Roger Simon, his once-proud profession has been forever tarnished by liberals e-mailing each other 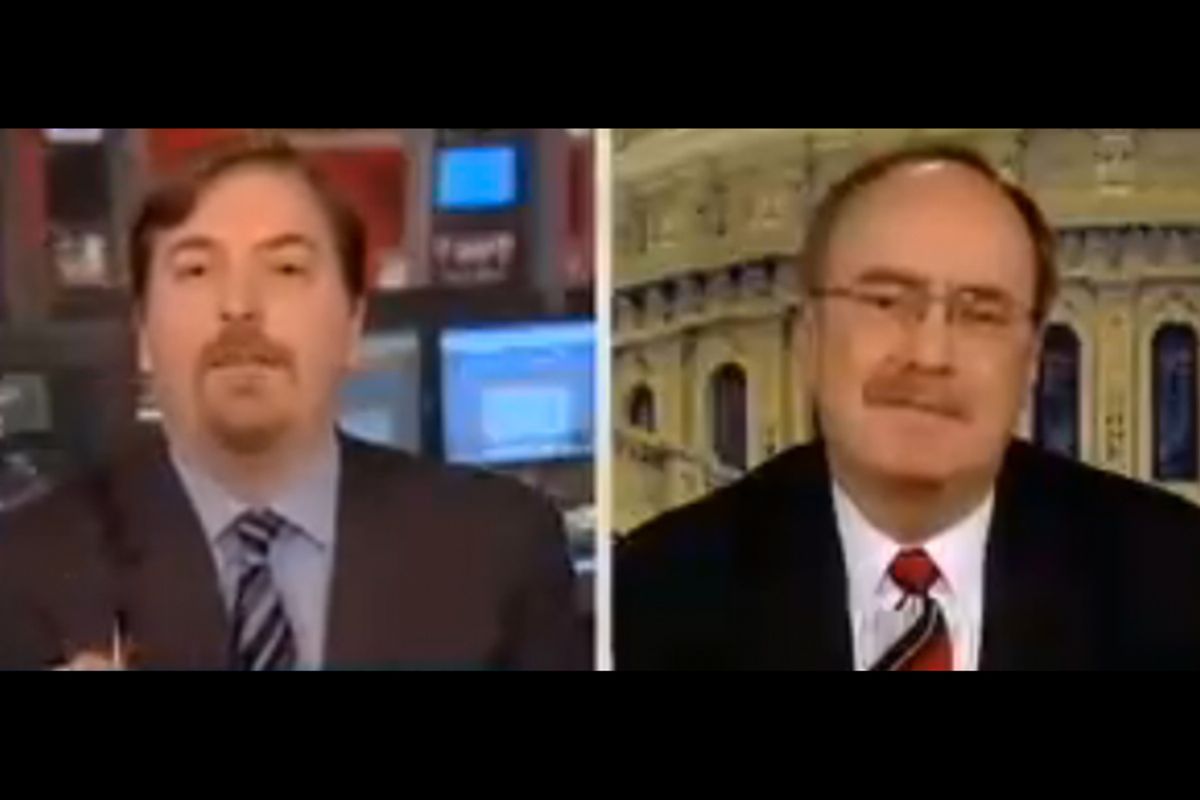 Poor Journalism. Did you know that Ezra Klein killed it? It's true! I read it in "Politico," a free newspaper you can find at Washington's Union Station. According to Roger Simon, Politico's chief political columnist, journalism died when this Klein fellow made a listserv.

Or, I guess it died when people invented the Internet and became angry and partisan. Anger and partisanship are so bad, for America:

Somewhere along the way, things have gone terribly wrong. Journalism has become a toy, an electronic plaything. I do not blame technology. The giant megaphone of technology has been coupled with a new, angrier, more destructive age. (Yes, you can find extremely angry, extremely partisan times in our past, but I always thought the goal was to progress over the centuries, not regress.)

And a list of people who e-mailed each other their opinions and argued about politics somehow contributed to this age of anger. Simon never once actually makes an argument against Journolist, that I can find. But he quotes some people to make arguments for him, sort of:

Tucker Carlson e-mailed me: “What they did discredits journalism in general, and honorable liberal journalists in particular. I know plenty of progressives who have a healthy skepticism even of candidates they voted for. Most of the members of Journolist didn’t.”

(Tucker cannot for the life of him decide what the scandal is with Journolist. Last week it was "partisanship," which Tucker called a horrific crime against thought. Today, it is insufficient skepticism. He is, for some reason, unwilling to personally make the argument that his own publication made in its stories, which is that Journolist represented a liberal conspiracy to coordinate coverage and smear conservatives.)

But it is not just Tucker who is very upset about the decline of journalism, which was caused by Ezra Klein's rage and insufficient skepticism! Real-life journalist Chuck Todd is also "troubled" by this "Journolist":

Chuck Todd, political director and chief White House correspondent for NBC News, who was not part of Journolist, told me this:

“I am sure Ezra had good intentions when he created it, but I am offended the right is using this as a sledgehammer against those of us who don’t practice activist journalism.

“Journolist was pretty offensive. Those of us who are mainstream journalists got mixed in with journalists with an agenda. Those folks who thought they were improving journalism are destroying the credibility of journalism.

“This has kept me up nights. I try to be fair. It’s very depressing.”

I know how he feels. Klein appears to be a very honorable guy, but I think he created a Frankenstein monster without meaning to do so.

Poor Chuck Todd can't sleep, because the credibility of journalists was destroyed by Dave Weigel's joke about Rush Limbaugh.

The credibility of journalism was actually destroyed by a long-term political campaign by the conservative movement to discredit the objective press, and these journalists are upset because the Journolist bullshit was used as yet another cudgel against the "MSM" by the usual suspects. But for some reason Todd and Simon keep blaming the people being smeared and misrepresented for allowing the right-wing to smear and misrepresent them. Stop being the target of baseless conservative attacks, liberals, because you are making Serious Journalists look bad!

One thing not mentioned at all in Simon's column about how earnest liberals killed journalism is the role of the parallel right-wing media that has largely supplanted the "objective" press among regular conservatives. (If you want to understand this age of rage and partisanship, it might be helpful to take a look at the people, like Megyn Kelly and Glenn Beck, enraging conservative people all day, every day.) Although the right-wing media was the other half of Chuck Todd's actual complaint.

Ben Smith Jonathan Martin e-mailed Chuck Todd for his "full, unabridged thoughts" on Journolist and the state of media. And it turned out that Todd was also mad at right-wing activists and conspiracy theorists, and Andrew Breitbart, whose name does not appear once in Simon's column about how Ezra Klein killed journalism.

But JournOlist gave the conspriacy theorists about the media an "a ha" or "gotcha" moment that actually, when one looks closely isn't there. There aren't a lot of mainstream journalists involved in this JournOlist but there are enough that work for longtime mainstream journalistic enterprises to give the tabloid conservative provocateurs something to run with -- a sledgehammer, if you will, to yell "told ya so."

There are two things that are funny in this comment: One is that Simon misrepresented Todd's point while using Todd's quotes to support his own point, about how Ezra Klein killed journalism. The other is that Chuck Todd decided that the "O" in "Journolist" was the logical place for a medial capital letter.

(Well, there are other funny things, like the fact that this worshipful reverence for the Golden Era of journalism comes from a guy who's worked for Rupert Murdoch, Mort Zuckerman and, now, Politico.)