As Kodak's final roll of Kodachrome film goes to the lab, a look back at what that means -- and what we've lost 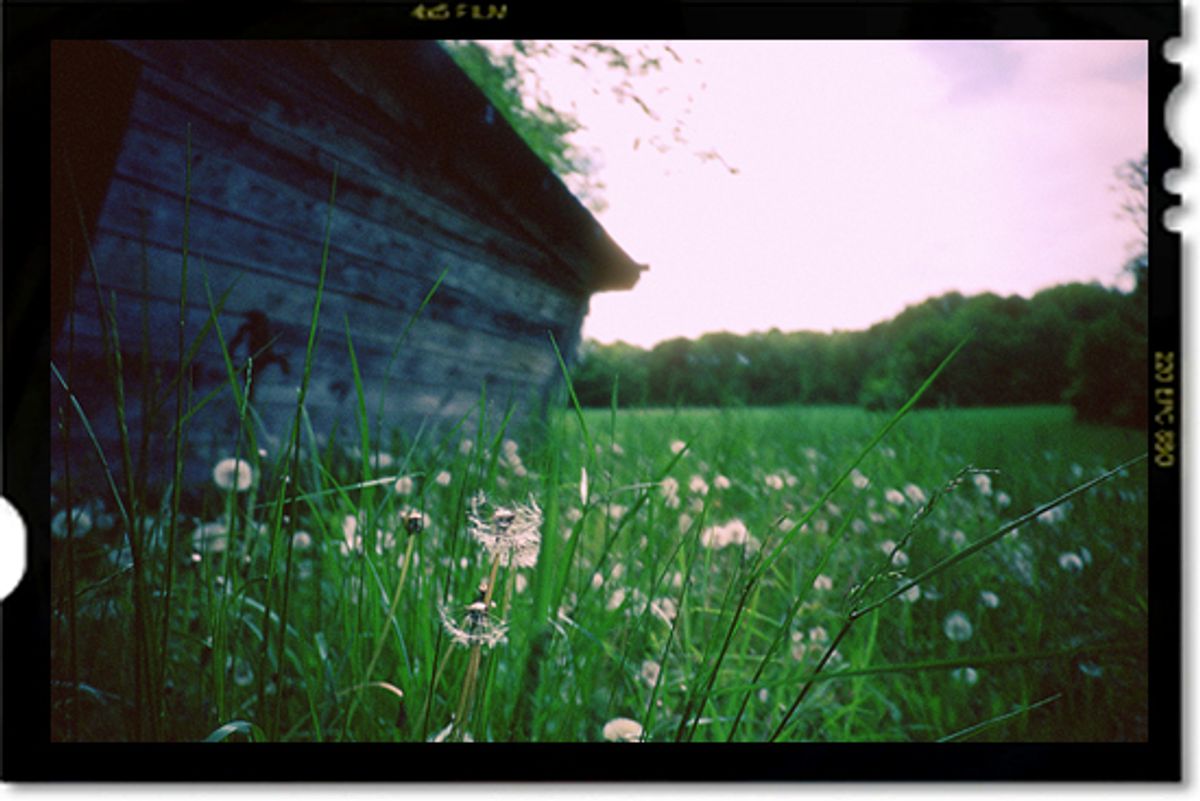 This month the last 36 frames of Kodachrome film ever produced by Kodak passed through Dwayne's Photo Service in Parsons, Kan. -- the only commercial lab in the world that still developed the format. The event was commemorated on photography blogs and in some mainstream media outlets, including National Public Radio, which ran an interview Saturday with Steve McCurry, the acclaimed photojournalist who shot the roll in New York City and in Bombay and Rajasthan, India. (McCurry's best-known image is the striking 1985 National Geographic cover photo of a young, green-eyed Afghan woman -- a Kodachrome image, natch.)

Dwayne's says it will develop remaining Kodachrome rolls if they are received by Dec. 30, 2010. After that, forget it. Kodachrome developing is a complex proprietary process involving special chemicals and added dyes. It's not something that can be easily duplicated in a home darkroom, and photographers who have tried to improvise their own version say that it produces a degraded (or worse, blank) image.

Kodachrome slide film wasn't just another commercial photographic product. There was something truly special about it. The dyes and emulsions produced an effect comparable to Technicolor motion picture film. It was hyper-real, but only slightly. Kodachrome photos were luminous and warm but not garish; in some inexpressible way, they seemed to capture the sensation of remembering the past, fixing nostalgia along with people and places. (It's surely the only photographic process to inspire a love song: Paul Simon's "Kodachrome," which ends with the now-haunting refrain, "Mama, don't take my Kodachrome away.") Its official end as a commercial format -- one that you could just drop off and pick up at the local pharmacy -- is yet another notable marker in an ongoing story: society's total conversion from analog to digital media.

The End of Film is one part of this story -- a big part -- and it seems that every few months there's another milestone. Super 8mm -- the dominant home movie format before compact video camcorders came along in the 1980s, and still the go-to visual signifier of "memory" in feature films -- has become an archaic format. Kodak discontinued most of its Super 8mm reversal stocks (stocks that didn't have to go through a negative phase) several years ago, and now offers a limited line of Super 8mm negative film that's basically 35mm negative film cut into thinner strips and differently perforated. The company discontinued the production of black-and-white still photo paper in 2005, and over the past decade it has stopped making quite a few varieties of black-and-white and color 16mm movie film, once the preferred format for independent and student filmmakers. Kodak's main rival, Fuji, has also ended the production of several kinds of still and motion picture film.

If you like the look and feel of film, it's becoming increasingly hard to feed your habit. (After several years of shooting digital only, I spent 2006-2008 shooting nothing but film; during that comparatively brief window I saw my local developing options dwindle from six full-service pharmacy photo labs to just one. It's mostly digital kiosks now: Stick a CD-ROM or a chip into a slot in a Rite-Aid machine and it spits out prints. Or you can just upload pictures onto a website from your camera and pick up the prints later, or have them mailed to you.)

All these vanished film formats are casualties of digital photography, and digital media generally. And on practical terms it's tough to argue that digital is inferior, especially if you're not a trained photographer. The machines eliminate a lot of guesswork. The combination of playback screens and automated focus and exposure settings can eliminate some (but not all) of the flaws that you wouldn't have discovered on film until after you'd paid for developing. With digital you can shoot and shoot until you get something decent, and it doesn't cost you anything but the price of a chip, plus the cost of whatever electricity you use to recharge your camera batteries. (You're not still buying disposables, are you?)

There are downsides to digital, but unfortunately for film chauvinists, most of them are loftily aesthetic -- less technical arguments than philosophical ones. To wit: Even the best prints of digitally produced stills lack the warmth, the aliveness, of snapshots produced with a film camera, because film is literally organic. It's celluloid, a compound made from cellulose, camphor and dyes, and the images it produces are direct physical records of things that happened within sight distance of the camera's lens -- records of light hitting unexposed negative and messing with its molecules. Pre-industrial people who feared that photographs took a piece of their soul weren't totally wrong. A portrait created with film is a souvenir of a person's existence at a certain point in time -- a more complex, photochemical version of a footprint in sand. Digital images are created when a sensor records the camera's field of view and puts a facsimile of the image on a computer chip. The result is still an image, but the process is different -- more detached, more theoretical.

That's ultimately what the end of Kodachrome is really about: the end of a small but significant kind of poetry that was bound up with analog image-making.

It's possible to argue that analog and digital are just different ways of accomplishing the same task. I've made that argument myself, and on a basic level I still think it's true.

At the same time, though, it's important to acknowledge that there was something different -- something truly special -- about film, and that there are good reasons to be sad that it's disappearing.

Digital absolutists who think of arguing otherwise should first take a look at their own equipment. Digital moviemaking didn't become fully accepted until equipment manufacturers did everything they could to make the image look as if it was recorded on motion picture film. The default frame rate for commercial videos made in North America used to be 30 frames per second; now it's 24 fps, the film rate. Dedicated still photographers are likely to shoot with single lens reflex (SLR) cameras and 35mm lenses, the better to produce a more film-like look. And from film-like Photoshop settings to "analog" apps that make iPhone pictures look as if they were shot with a Brownie or pinhole or other primitive camera, there's no shortage of ways to make digital images seem as though they were shot on film.

Yet there is not yet a convincing replacement for the welcoming glow of Kodachrome color, or the eloquent gradations of darkness and light that even a bad black-and-white film snapshot could evoke. Nor is there any digital-age version of dropping off a few rolls at a drugstore, then opening an envelope 24 hours later to see what you got.

To shoot a roll of film was to take a leap of faith. The digital evolution has eliminated a lot of uncertainty from the process, and that's probably a net gain -- especially if you're an amateur shutterbug. Unfortunately, some other, wonderful elements have disappeared as well: mystery, poetry and the element of chance.