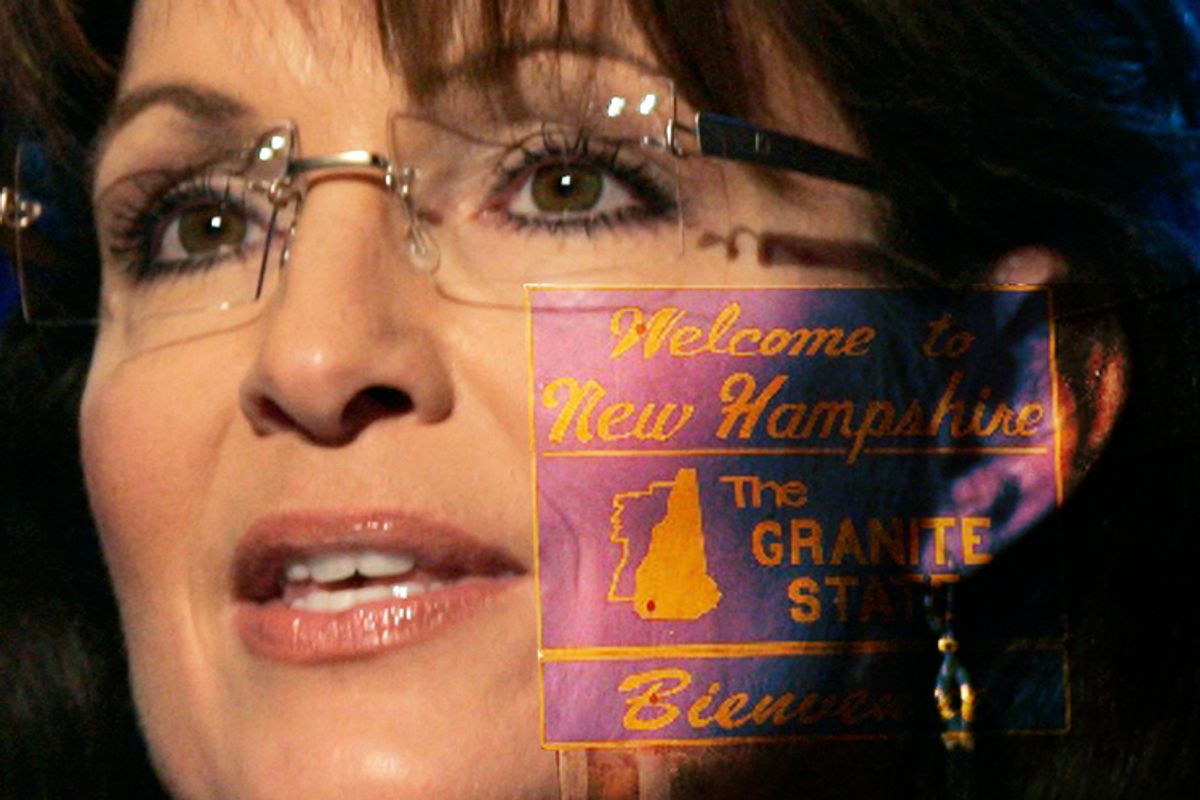 Yesterday, I wrote that Sarah Palin seems like a poor match for New Hampshire's quirky Republican electorate, which tends to shun presidential candidates who are overtly identified with the Christian fundamentalist right (Pat Robertson in 1988 and Mike Huckabee in 2008, for instance).

Today, PPP is out with a new poll of the state's GOP voters on the '12 presidential race:

Note that Huckabee is essentially where he was in the '08 primary, when he nabbed 11 percent -- good for a very distant third place behind Romney and John McCain. This showing helped slow the momentum that Huckabee had earned by winning the Iowa caucuses; he was never expected to win New Hampshire, but by running so far back, he encouraged the media to treat him as a candidate with limited cultural and geographic appeal. If Palin can't do significantly better than that in '12, will her fate be any different from Huckabee's?

Remember, as I noted yesterday, no one in the modern era has gone on to claim a major party nomination after finishing worse than second in the New Hampshire primary.