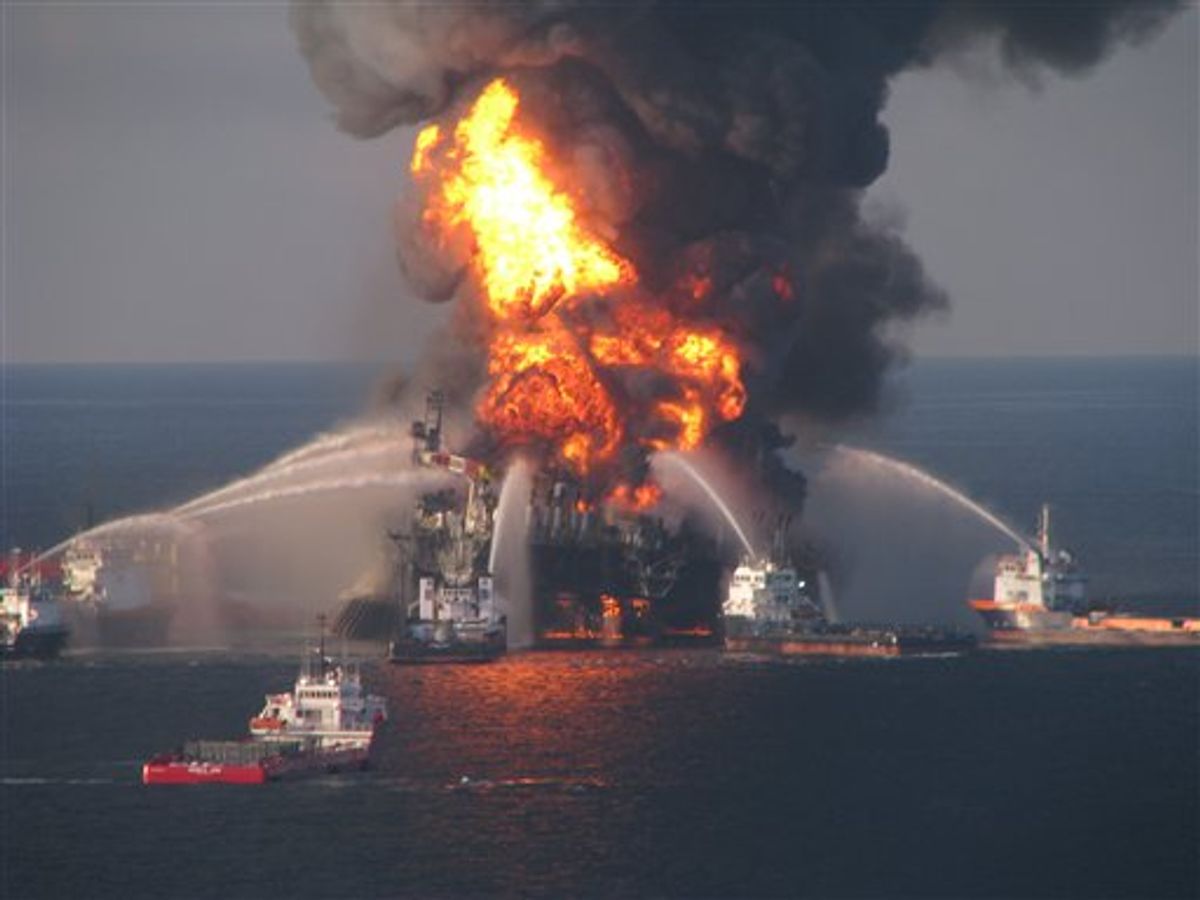 Republicans and Democrats are battling over how to change the $75 million liability cap currently applied to offshore oil companies responsible for oil spills. Democrats want to get rid of the cap entirely. Republicans demur, claiming that making oil companies liable for the full cost of future disasters will make it impossible for smaller companies to afford the necessary insurance to keep operating.

So they've come up with their own plan:

Sen. Lisa Murkowski of Alaska, the top Republican on the Energy Committee, who offered her own bill last Friday with a plan to spread the risk of major catastrophes across the entire oil industry, said yesterday that Reid's liability cap is the "biggest-ticket item" for her party.

"I think that unlimited liability will be a very significant issue. Not just for Republicans," Murkowski said, warning of economic reverberations. "It is not an issue that the Democrats are united on."

Spread the risk of major catastrophes across the entire oil industry? Wouldn't that mean those with the ability to pay would be, in effect, subsidizing insurance for those who could not? What a radical idea! As reader David Ricketts astutely notes, "the contrast with the Republican position on health care couldn't be more stark: a single payer system, with a larger risk pool works for the oil industry but somehow doesn't work for consumers when it comes to health care."

The Republican proposal can be found here:

(A) the number of offshore facilities operated by the entity on the Outer Continental Shelf; bears to

(B) the total number of offshore facilities operated by all entities on the Outer Continental Shelf.