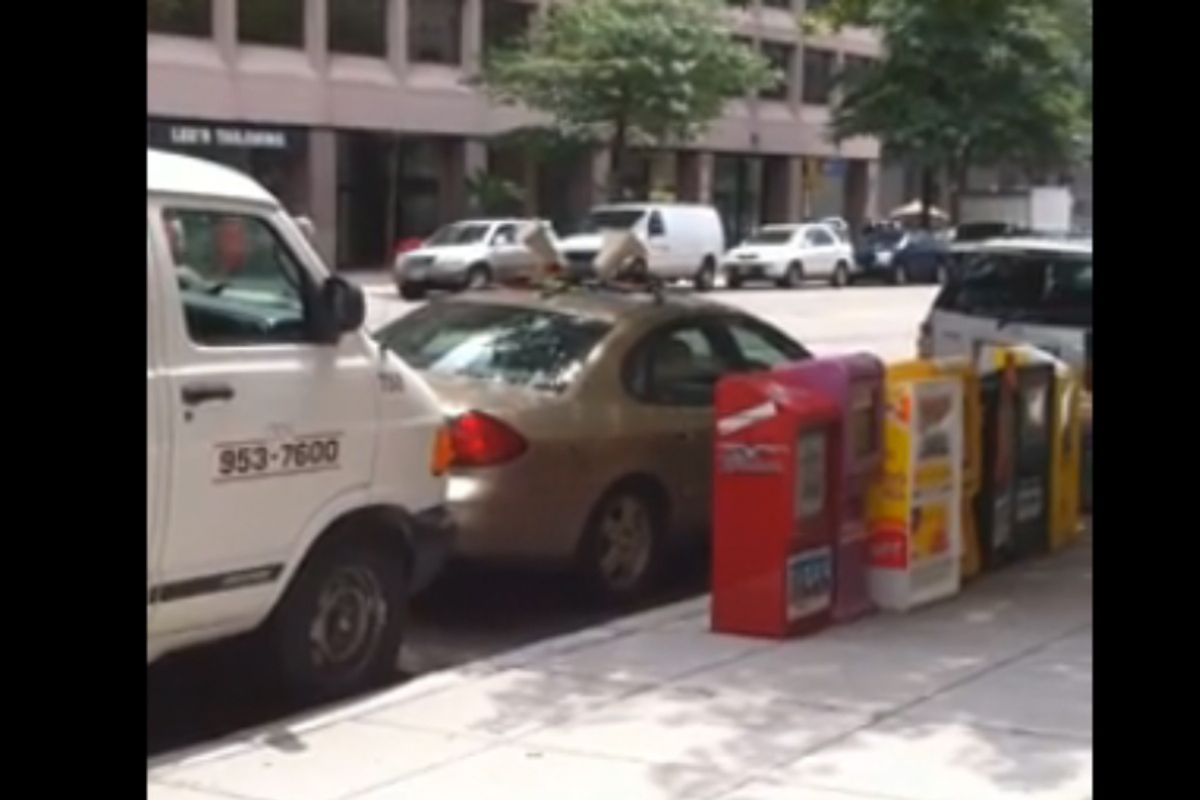 Everyone knows that the Washington Post has the worst opinion section in America. But yesterday, one man took it upon himself to actually set up a loudspeaker system outside its downtown D.C. offices and yell at the building.

The yelling man is Robert Brannum, a local activist and former school board candidate. He is mad at the Post because its editorial board called some of his claims about D.C. schools chancellor Michelle Rhee "half-baked," and then heavily edited his response to the paper.

The Post's editorial board is well-known for carrying water for Rhee, which is a nice example of how it is terrible even on parochial matters of little interest to non-D.C. residents.

(Post Metro reporter Bill Turque once critized this cozy relationship on his blog, but then the Post pulled and edited his post for violating its rules against its bloggers having opinions about the things they write about.)