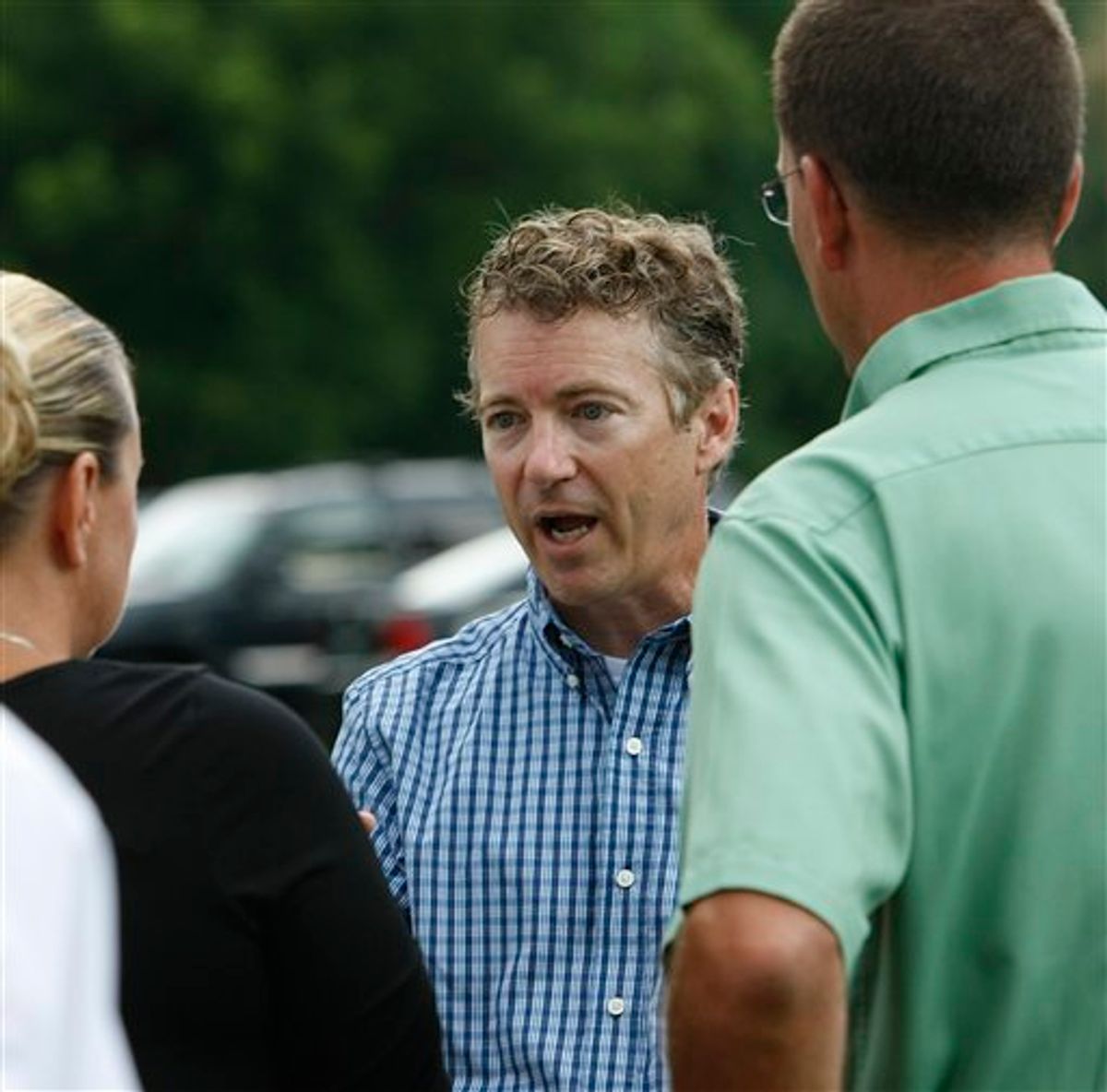 You could not ask for a better example of how the Citizens United Supreme Court decision to loosen campaign finance restrictions on corporations would end up corrupting the political process than the smoking gun unearthed by Lexington Herald-Leader reporter John Cleves in "Coal execs hope to spend big under new rules to defeat Conway and Chandler." (Found via Think Progress.)

Cleves managed to obtain a copy of a letter sent to the executives of a group of coal companies by Roger Nicholson, senior vice president and general counsel at International Coal Group of Scott Depot, W.Va., suggesting a coordinated effort to take advantage of Citizens United to defeat Democratic politicians in Kentucky and West Virginia perceived as being "anti-coal."

"With the recent Supreme Court ruling, we are in a position to be able to take corporate positions that were not previously available in allowing our voices to be heard..."

"A number of coal industry representatives recently have been considering developing a 527 entity with the purpose of attempting to defeat anti-coal incumbents in select races, as well as elect pro-coal candidates running for certain open seats," Nicholson wrote. "We're requesting your consideration as to whether your company would be willing to meet to discuss a significant commitment to such an effort."

We learned earlier today that, in addition to his ignorance about the bloody history of Kentucky's Harlan County coal mining labor struggles, Rand Paul also thinks that mountaintop removal is great for improving property values. So there's little question that he fits the bill of a pro-coal legislator deserving of support from the coal mining industry. And as a devout libertarian, Paul also presumably supports the right of corporations to be able to spend as much cash as they want making their "voices" heard.

It all fits together very nicely, doesn't it?