The news that changed everything

My wife and I bantered about a broken disposal and our daughter's braces. Then came the diagnosis 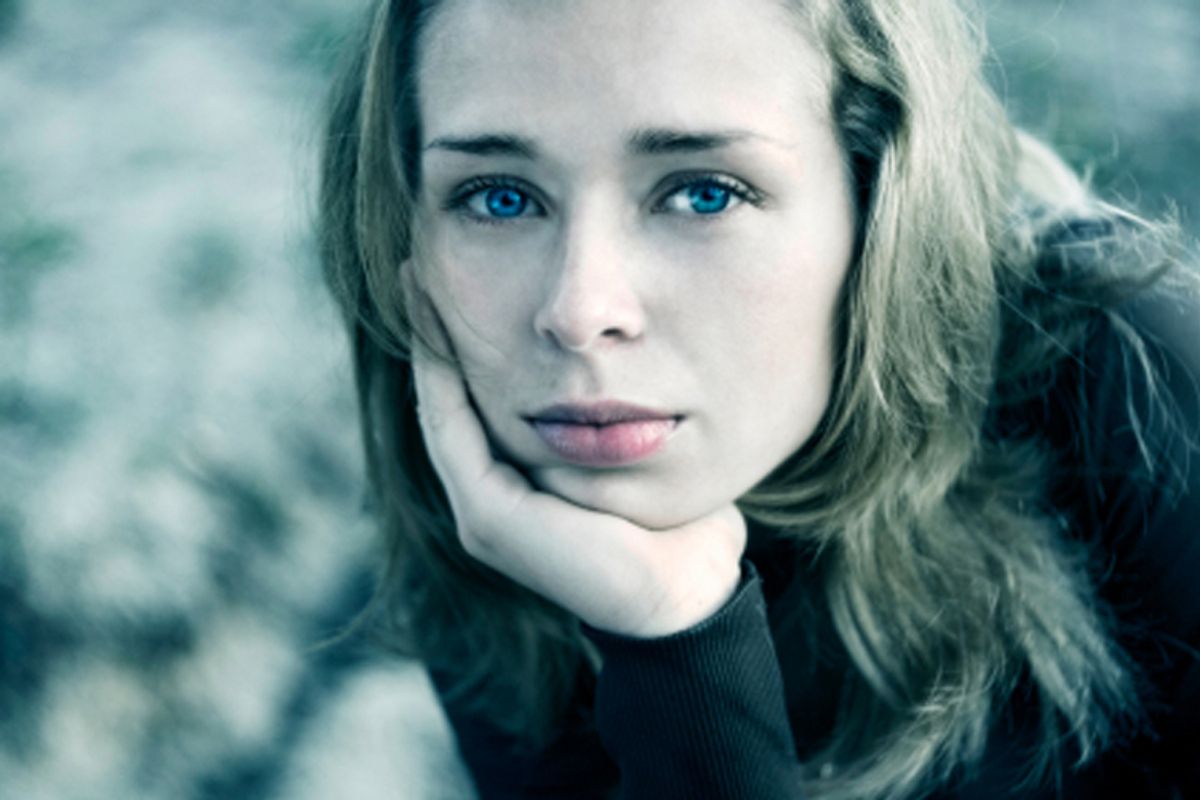 Terry, my wife, and I are on our way to the big-box home store. Last year she gave me a home improvement book. In the book, people like me cut perfect circular holes in walls with handsaws for duct-work and installed high-voltage solar wind turbines on their own. I could no sooner do this than build you a rocket ship.

My wife's father was good with tools. You could give Ron a pile of leaves and a ball peen hammer and get back a new deck or those cabinets you wanted in the master bathroom. Give me a tile saw, a pile of tile and a perfect square to lay them down and you wouldn't get a recognizable pattern on the floor even if I was given all of geological time.

Now she's complaining about my driving but I'm not listening. I'm actually a very good driver, though I occasionally have premature turnage. I turn too early. I've tried thinking about baseball and rare birds but I can't help it.

We drive into the hot-tub store, one stop too early, and I try to fake it, suggesting that maybe we ought to look at hot tubs, but Terry points out that we already have a hot tub and it works just fine and I suggest it's never too soon to think about replacing it given the new Oxygenators that self-clean but she's heard these sorts of creative noises before. I have to navigate the minivan in a K-turn so that we can pull back out into traffic (while she sighs loudly) and into the home store lot which is an awkward sort of live-with-your-screw-up-for-a-while experience.

Our disposal has recently suffered a violent death involving a nail and my wife. This could have been dangerous, a nail traveling at high speeds through the kitchen, but instead, the nail just quietly executed the disposal. How Terry managed to get the nail down into the drain and then turn on the disposal still confuses me, but I am told it involved a planting box.

Terry refuses, under most circumstances, to acknowledge any mistakes, which drives me nuts. Her father was critical, she has pointed out, and she learned early to defend herself. My parents were more ooey gooey feel-good-about-yourself Free to Be You and Me Our Bodies Ourselves the '60s are over but our kids deserve to feel great kind of people. As a result, I am fully in touch with my flaws and simultaneous grooviness. I would like Terry to apologize for assassinating the disposal, but this is as likely as my starring in a Tarantino movie.

As we walk into the vast catacombs of the home store, I clutch a yellow sticky with the model number of the dead disposal. In my pocket, I have photos of how it's installed so I can show it to the experts. I do not fear asking for directions. In fact, of the two of us, I am far more likely to ask for help than my wife, who feels that she generally knows it all already. She is, in fact, terrifically competent. Annoyingly so. Blindfold her, spin her around in the middle of a new city and she will point in the direction of the city's major attractions. "That way is the Jefferson Memorial, the National Aquarium is over there, we can hit the Phillips Collection on our way to the Smithsonian Air and Space museum if we head northwest, which is that way." Bitch.

She takes my hand and pulls me toward minor unseen kitchen appliances, which have their own section and display. Here are disposal dishwasher connection kits, power cord accessory kits, standard mounting gaskets, biocharge cartridge replacements, and a full display of disposal drain outlets in bronze, polished brass and even chrome. Who knew that disposals were so complex?

This particular section of the store has seen less attention than the paint displays that we walked through to get here. In the paint section, there are smiling cardboard cutouts of schlubs painting perfect sunrooms and there's a whiteboard on an easel advertising free interior painting workshops. In contrast, only a few of the products in this section are labeled and there are some rubber hoses and plumbers' putty that appear to belong a few rows over. Unless I need that stuff too?

But I'm not sure. I sacrifice another hundred masculinity points and go find a skinny man in a bright orange apron who is helping an elderly woman select the right chain saw. Terry waits, holding the model she thinks we need in her hands.

When he's available I show the photos of our dead disposal. I hold the photo as if showing him a missing child. I anticipate some sympathetic noises; I am, after all, sharing the death of a loved appliance. But he laughs a barroom laugh and reminds me that putting in a disposal is the easiest thing in the known universe, "Come on, man, my 10-year-old daughter could put in a disposal!"

"Great! When can she come over?" I ask, but Terry elbows me in my pelvic bone -- which hurts! -- and I smile weakly as we head to the register carrying the new disposal.

I will not, fortunately, have to install the disposal immediately. After the home store we have to pick up Terry's mammogram results at the Breast Center and then I'm dropping her at the hospital where she works as a nurse practitioner before picking up our daughter Alexandra from school and taking her to the orthodontist.

Orthodonture is primitive. All of these wires and glue just to line up teeth that will inevitably start their gradual movement toward one another again. I'm certain that a few thousand years from now archaeologists will giggle at our primitive attempts to keep teeth straight. Braces will occupy the same museum booth as Chinese foot binds, African lip stretchers and circumcisers. But I have strict instructions from Terry not to offer my opinions on orthodonture to anyone in the waiting room or on the staff. And especially not to use the words "circumcision" and "braces" in the same sentence. OK, I get it, I say.

So we drive to the Breast Center and I resist making the obvious wisecracks about what else could happen in a Breast Center. When she gets back in the car, Terry tells me that they want her to come back in six months to get another mammogram no matter what the results, which is standard operating procedure, I understand. We drive down to the hospital while she fumbles with one of her earrings, which keeps leaping from her ear. Before she gets out of the minivan I say, "Hey, try not to kill any other appliances today."

And she points at me. "No harassing the orthodontist, seriously. Do not compare braces to circumcision, got it?" I nod submissively.

As she walks away she glances over her shoulder and struts, just for a moment, swiveling her hips with exaggeration.

In the moment before the world shatters into shards, we're consumed with disposals, braces and the soft slope of hips. We bicker with a self-righteous tone about a wrong turn into a hot-tub store or the premature death of a kitchen appliance. And then, in the cosmic game of shoots and ladders, we land on the wrong square and hurl downward, cheeks blown out, eyes tearing.

The next afternoon I would see Terry's mammogram with its constellations of dangerous stars strewn near and far. I'd see the concern and hear those words again -- chemotherapy, radiation, surgery.

I should have enjoyed the banter as I pulled into the hot-tub store, laughed more when the disposal died, welcomed the chance to stand in an orthodontist's office consumed with the cost of straight white teeth.

But I didn't. I am not arrogant enough to believe that the universe recognized my need to learn another lesson about maintaining perspective, not spiritual enough to see it as part of some higher power's plan. Instead I just sank to my knees and wished I had embraced those micro-moments more, saw them for what they are -- the threads of my life. My good life.