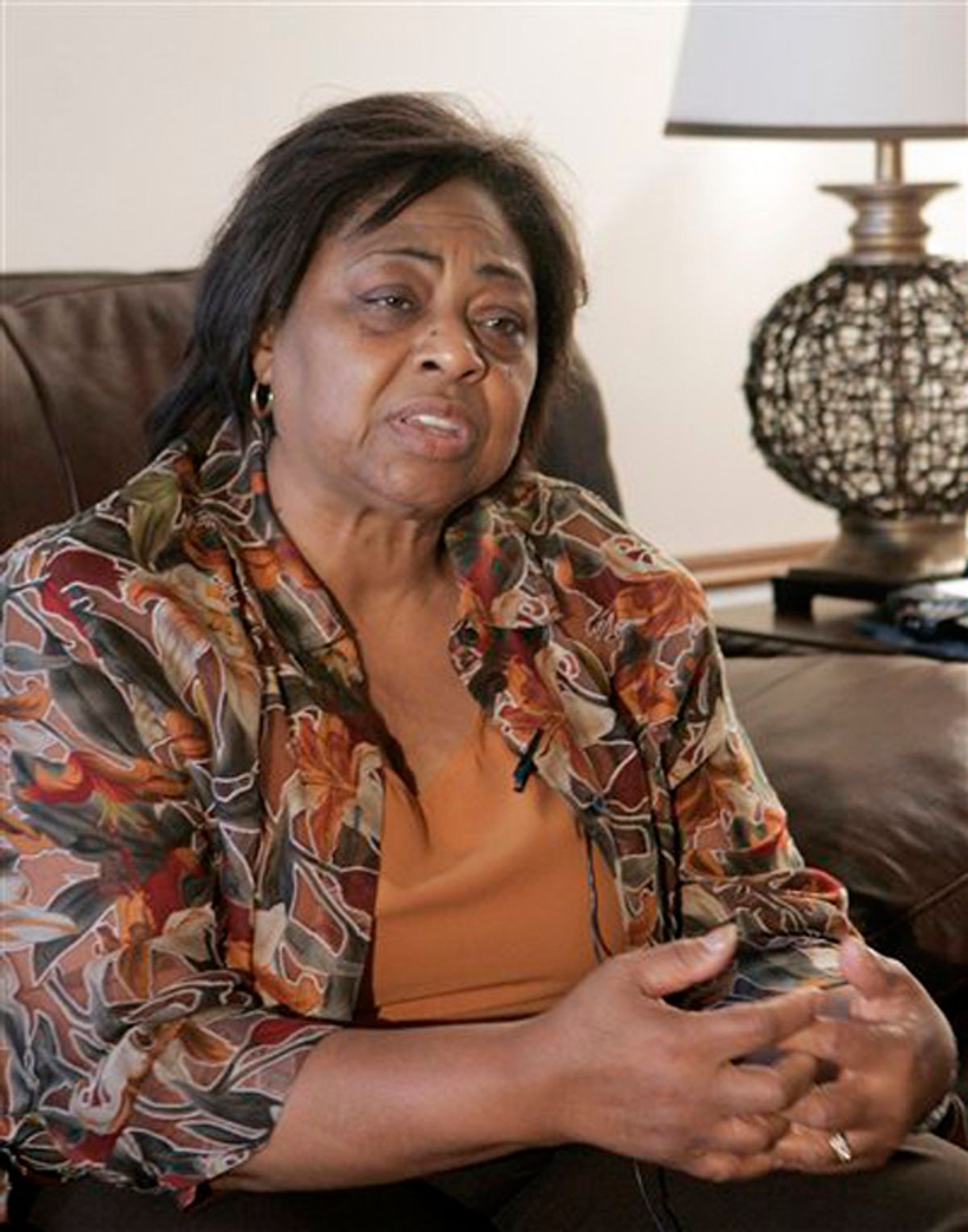 Shirley Sherrod answers questions during an interview at her home on Friday, July 23, 2010 in Albany, Ga. Sherrod was fired from her job at the Agriculture Department amid accusations of racism. (AP Photo/Steve Cannon) (Steve Cannon)
--

This time, the right-wing media juggernaut went too far too fast. Sleazy tactics similar to those employed by online provocateur Andrew Breitbart against former USDA official Shirley Sherrod have been driving the national political conversation and intimidating the so-called mainstream media for the better part of a generation now.

The assault on Sherrod, however, was so mean-spirited, crass and dishonest -- not to mention so astonishingly stupid -- that even Fox News provocateurs like Bill O'Reilly and Glenn Beck (after initially falling for the hoax) were pretty much forced to apologize. I expect O'Reilly actually meant it.

By inadvertently giving us a simple, compelling drama with an admirable protagonist unfairly maligned, it's even possible that Brietbart has awakened sleepwalking Washington journalists to their responsibilities to something besides their own careers. But don't hold your breath.

As for Agriculture Secretary Tom Vilsack and whatever craven and anonymous White House political operatives pressured Sherrod to resign even before the right worked itself into an operatic fury of phony indignation, if anybody in the Obama administration should be shown the exit, it's them.

Hardheaded political realism is one thing. Had Sherrod actually bragged about discriminating against white farmers, of course, she'd have to go ASAP. But wrecking an admirable public servant's career for fear of losing a single 24-hour news cycle looked more like softheaded cowardice masquerading as toughness. Why would President Obama keep advisors like that around?

Never mind Fox News' perennially credulous audience. Even if they knew nothing of Brietbart's history -- he'd previously promoted the infamous ACORN "pimp" scam -- how naive would a White House political advisor have to be to take this latest doctored video at face value? A lifelong civil rights advocate bragging to the NAACP about discriminating against white farmers, a message 180 degrees from that organization's historic mission? How likely was that to be true?

Never mind, too, that the NAACP was itself tricked into a knee-jerk reaction that sounded like a parody written by the Onion. "We are appalled by [Sherrod's] actions," NAACP president Ben Jealous announced, "just as we are with abuses of power against farmers of color and female farmers." What, no lesbian, gay and transgendered farmers? No undocumented or disabled farmers? No farmers of incompetence, like me?

All it took to exonerate Sherrod was a little journalism 101, as performed by CNN and the Atlanta Journal Constitution. Pick up the phone. Ask her for a comment. Find the white farmer. Uh-oh.

For once, let me agree with the Wall Street Journal's Peggy Noonan: Shirley Sherrod's moving speech about grace, redemption and transcending racial resentment should be "required viewing in the nation's high schools." It's gritty, bedrock Americanism. Only Dr. King himself ever said it better.

But back to Brietbart and the right-wing media juggernaut. See, I go back a long way on these politicized hoaxes. Courtesy of the Clinton administration, Arkansas journalists got an early introduction into the creepy methods of conservative political operatives and their ability to hoodwink the national press. The local version of the Shirley Sherrod story was an equally admirable public servant named Beverly Bassett Schaffer.

As long ago as 1992, Schaffer found herself implicitly accused of "Whitewater" corruption in the New York Times. Although she'd provided the reporter with documented evidence that she'd done everything in her power as Arkansas savings-and-loan regulator to close Jim McDougal's Madison Guaranty S&L years before federal regulators got around to it, once the Times committed its prestige to a bogus narrative there was no turning back. Schaffer soon found herself hounded through the streets of Fayetteville by "mainstream" TV crews with GOP oppo researchers openly riding shotgun.

Most surprising to me then was the national media's pack behavior. Even incontestable, dispositive facts could be ignored for years if it meant keeping the longest political shaggy-dog story in recent American history going. It wasn't that reporters were stupid, mainly cowardly and career-driven. Indeed, they always understood precisely which facts couldn't be admitted into the narrative if they wanted to keep feeding out of Kenneth Starr's hand. By the time Schaffer's vindication came, they'd lost interest in her.

Back then, moreover, there was no Fox News Channel, no YouTube, no Andrew Brietbart, and fewer right-wing provocateurs generally. So it's heartening to see a polite liberal columnist like the Washington Post's E.J. Dionne finally catching on. The lesson of the Sherrod episode, he writes, is that "the mainstream media and the Obama administration must stop cowering before a right wing that has persistently forced its own propaganda to be accepted as news." He chides his colleagues for being "so petrified of being called 'liberal' that they are prepared to allow the Breitbarts of the world to become their assignment editors."

Some of us have been saying things like that for years. It will be interesting to see if anything changes.