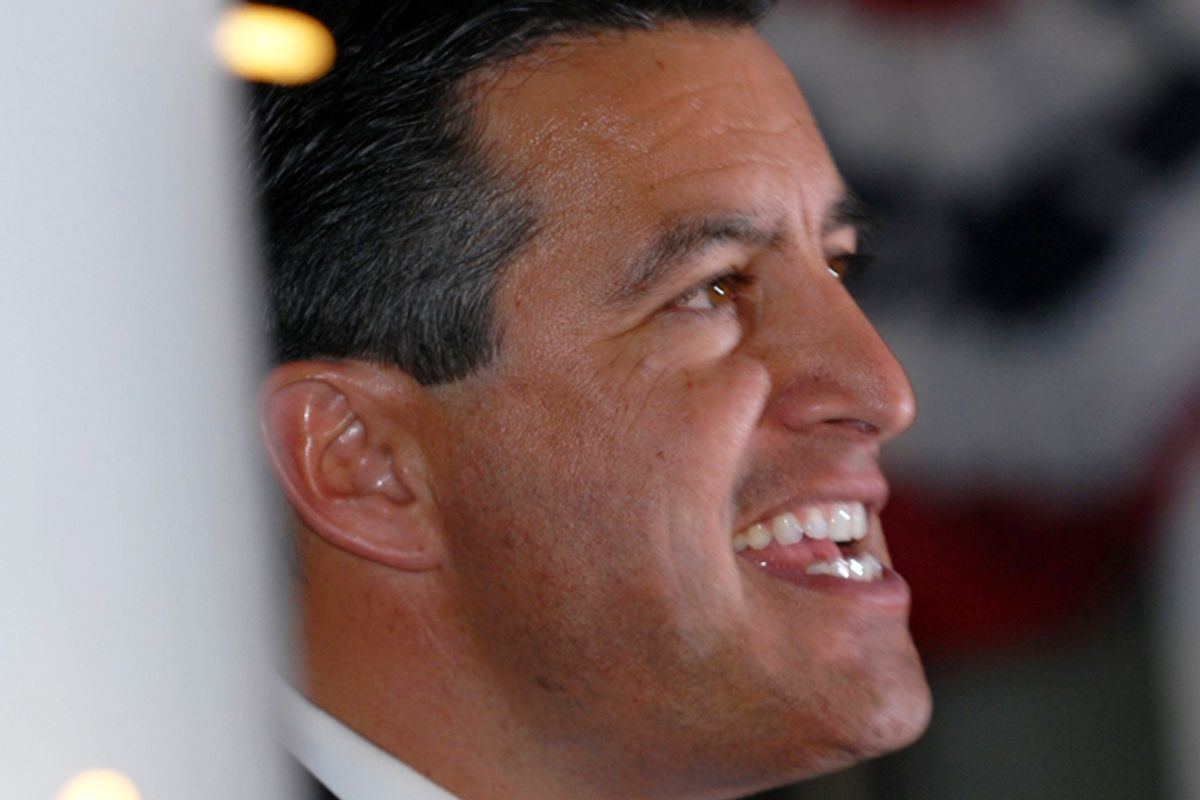 It wasn’t long ago that [Sandoval] said in an interview on Univision that he vehemently supported Arizona’s anti-immigrant law. In reference to the same law, he was asked how he would feel if he his children were stopped in the street and asked for their papers. He answered, with a note of pride in his voice, "my children don’t look Hispanic."

The thing is, Univision never aired video of Sandoval saying that. So, when Nevada political reporter Jon Ralston asked Sandoval about that comment, Sandoval twice denied ever saying it. Which makes sense, because Sandoval is running to be "the first Hispanic governor in the history of Nevada," according to one of his Latino-targeting TV commercials.

The problem is, Sandoval did say it. And while they won't release the video, Univision has confirmed that it has it.

Sandoval denied (twice) making the comments during an interview with "Face to Face" this week. But the comments are on videotape, I have confirmed. Univision, however, is declining to release the tape, claiming (as most media organizations would) that it is work product.

Here is a Sandoval commercial featuring his totally white-looking children: