Andrew Breitbart should be held accountable for his deceptions, but is there a libel case here? 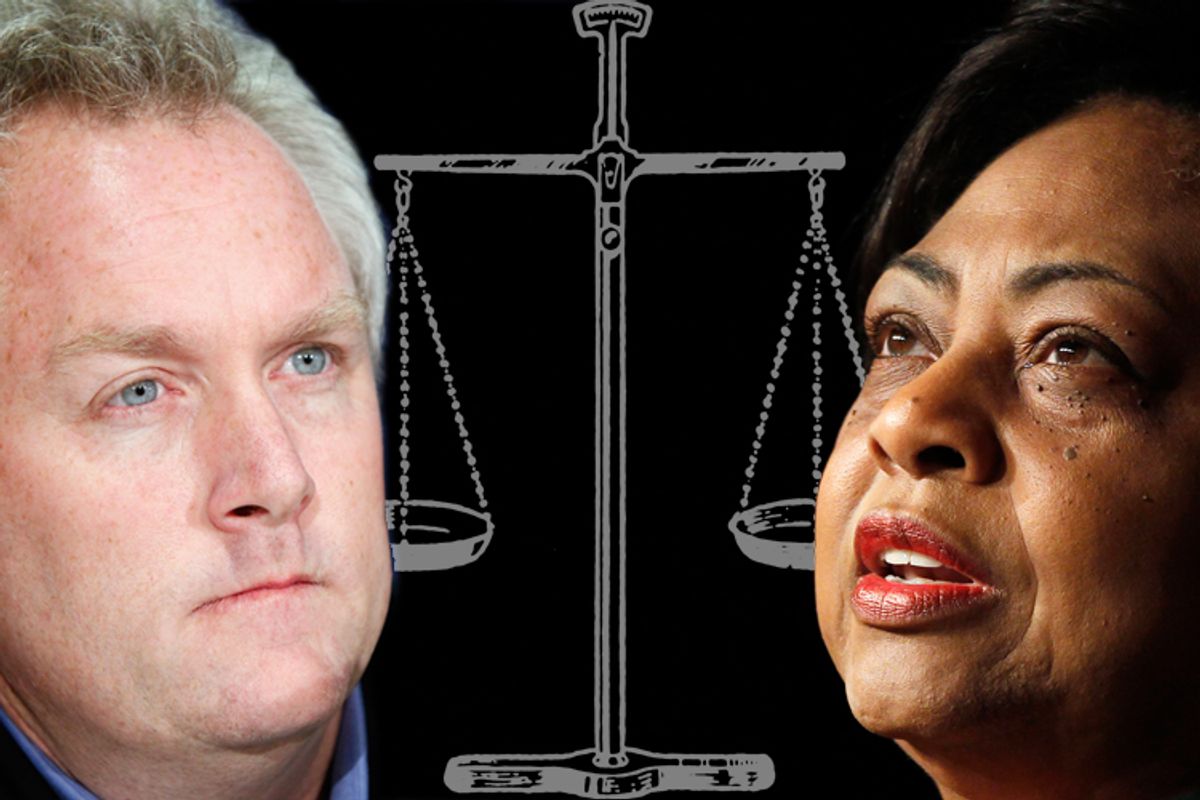 This is no surprise: Shirley Sherrod, the Agriculture Department official who was forced out in the wake of false claims that racist views affected her work, says she'll sue Andrew Breitbart for his bogus "journalism" about her. But are the courts the best place to hold him accountable for his sleaze?

I'm not a lawyer, so I'm not going to predict the outcome of any Sherrod libel claim. A court -- and Sherrod herself -- would have a number of issues to consider, however.

One is whether Sherrod was a public official or public figure at the time when Breitbart posted his now-infamous Web article featuring an excerpt from a video that purported to show her, an African-American, acknowledging racial bias against white farmers and then acting on it to their detriment. (Your town's mayor is a public official; Lindsay Lohan is a public figure. Which makes California Gov. Arnold Schwarzenegger both, I suppose.)

Public officials and public figures have higher hurdles in libel cases, thanks to Supreme Court rulings that required a showing of "actual malice" on the part of the person making the false statement. Essentially, malice means that the defamatory material was published with the knowledge that it was false, or that the publisher showed "reckless disregard" for the truth. (See the Electronic Frontier Foundation's page on defamation law for more detail.)

Breitbart has claimed he didn't know the video was a hack job -- purporting to show racism when in fact her point, made clear in the context of the full recording, was that the issue was class, not race and that she did her best to help the farmers. If he didn't know, did he try to find out? Would that matter in a libel case?

Even if he's telling the truth about not knowing the true nature of the video, and even if that is enough to make the commentary non-libelous, Breitbart may have another problem: his bogus "correction" of the original. Here's the correction:

While Ms. Sherrod made the remarks captured in the first video featured in this post while she held a federally appointed position, the story she tells refers to actions she took before she held that federal position.

As friend and colleague Scott Rosenberg has pointed out, this is not much better than the original.

A genuine correction, Scott writes, would read something like this:

Our original story was wrong. We quoted Sherrod to suggest that she drove an old white couple off their farm because she was a racist. In fact, she helped that couple hold onto their farm and used the tale to argue against racism.

So, even if the original wasn't libelous under the current public-figure standard, is Breitbart's refusal to admit he was wrong about so much -- in the face of utterly clear evidence -- legally actionable? Again, I'm not a lawyer, but I have a feeling we're going to find out the answer.

David Ardia, director of the Citizen Media Law Project at Harvard's Berkman Center for Internet & Society (I co-founded the project when I was a fellow at the center several years ago), says the correction "appears to give her a stronger case on the question of actual malice" than the original posting -- again assuming Breitbart wasn't complicit in the video's editing. These cases depend on state of mind, he says, but it seems clear that Breitbart knew at the time he posted the correction what was in the full video.

Some other questions, legal and otherwise, that may come up include:

If Sherrod proceeds with this case, her adult life will almost certainly be put under a microscope -- this one with a court order behind it in discovery proceedings -- where Breitbart's lawyers look for even a hint that she's the kind of person Breitbart was claiming in the first place. Can anyone whose father was lynched by white racists not have had such things to say, ever? My sympathies lie strongly with Sherrod, and I'd hope a jury's would as well, but I wonder if she's ready for the legal attack dogs who may demonstrate even less honor, if that's possible, than Breitbart.

David Ardia notes that individuals seeking libel damages, even when totally justified, often don't get the results they expect in an often vicious process. In fact, he tells me, it's fairly rare to get anything close to full satisfaction.

There's one more question, and I still think it's the most important one.

The answer, of course, is that Breitbart has no credibility whatever among those who count honor and fairness as an element of journalism. He could regain some with a forthright admission of what he did, but at this point that looks unlikely.

Sadly, he still has a substantial audience. I hope anyone reading this is not among its members.