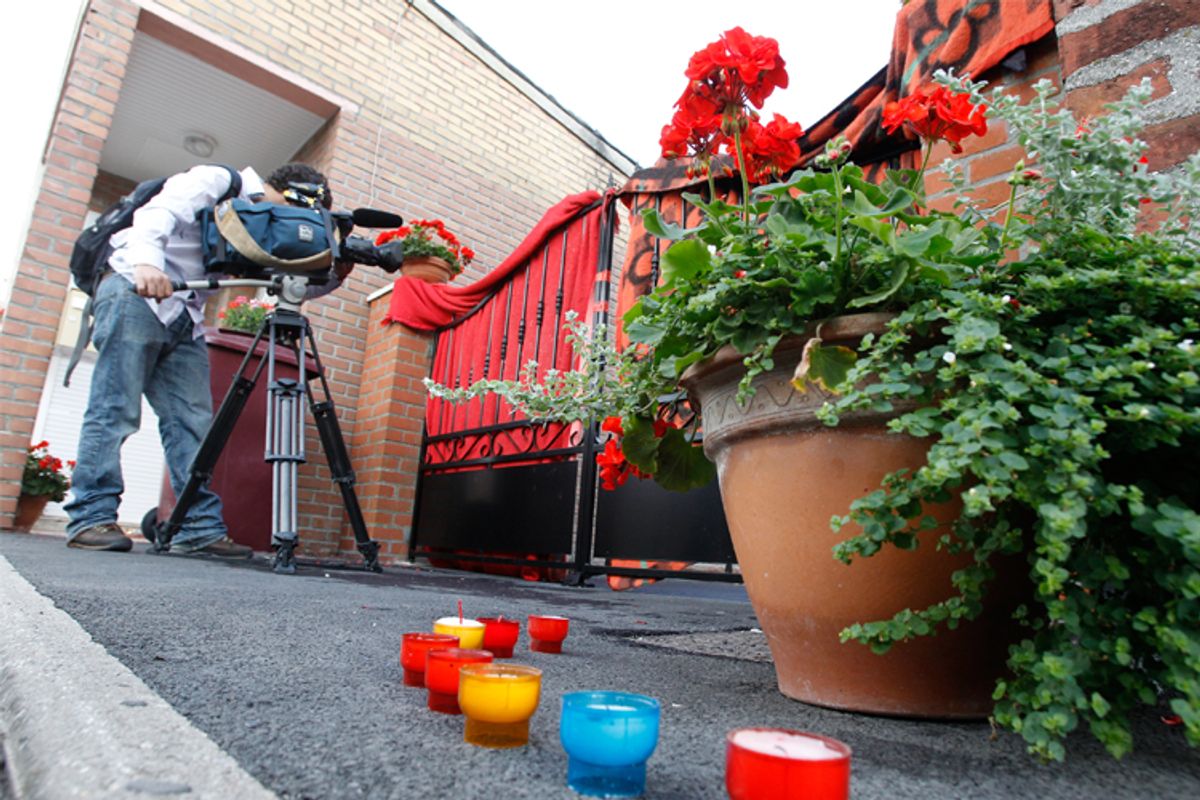 Pregnancy denial is making headlines this week as the world tries to understand how Dominique Cottrez could have allegedly killed eight of her newborn babies. You've likely seen the label applied before -- to women who show up to the hospital complaining of indigestion and leave with an unexpected newborn or teenagers who leaves their babies to die in trash cans -- but some experts say the condition actually hasn't gotten the serious medical and legal recognition it deserves.

Pregnancy denial presents in three different ways:  pervasive denial (where a woman is both emotionally and intellectually unaware of the pregnancy), affective denial (she's intellectually aware but emotionally in denial) and psychotic denial. The latter is what experts suggest in Cottrez's case. As Time reports, it's "a quasi-schizophrenic condition in which women either don't realize or cannot accept that they are with child -- not even enough to have an abortion." Michel Delcroix, a former gynecologist who has served as an expert in similar trials, told the magazine:

However terrible its consequences, pregnancy denial acts in infanticide cases much as a psychotic state that drives someone to kill another person does. Yet we still try women for what they do during pregnancy denial when we don't try psychotic killers deemed not responsible for their actions.

On a similar note, Felix Navarro, president of the French Association for the Recognition of Pregnancy Denial told France 24:

In these cases, infanticide is not premeditated. The judgment of the women is altered, they're not aware of what they're doing. Logically, they should not be tried. They are in a sort of state of temporary insanity. Cases of repeated pregnancy denial are rarer, but do exist -- therein lies the utility of treating the women concerned. Some of these women only become aware of their previous infanticides during their trial! In some of these cases an explanation is offered: a repressed psychoanalytic problem -- something so deep that it blocks the woman's own maternity process.

The push for greater medical recognition of the condition is part of an effort to get the judicial system to treat these women as victims of mental illness, rather than cold-hard criminals -- much along the lines of what has happened with other childbirth-related psychiatric illnesses like postpartum depression (think: Andrea Yates). The great challenge, say defenders of the condition, is that there is a paucity of research. In her book "Infanticide: Psychosocial and Legal Perspectives on Mothers Who Kill," Margaret G. Spinelli writes:

The scarcity of contemporary research and literature on childbirth-related psychiatric diagnoses available to mental health and legal professionals leaves room for great doubt that the system is functioning justly or effectively or humanely. And because diagnostic guidelines for postpartum disorders are limited, decisions about guilt, sentencing, and potential for treatment often rest in the hands of the judicial community.

Psychotic pregnancy denial isn't a recognized medical condition in France, so Cottrez will go on trial for homicide -- just as Véronique Courjault, who experts testified was suffering from pregnancy denial, was convicted in 2009 of murder after killing three of her newborns. Is this justice? As even those pushing for greater recognition of pregnancy denial argue, more research needs to be done.