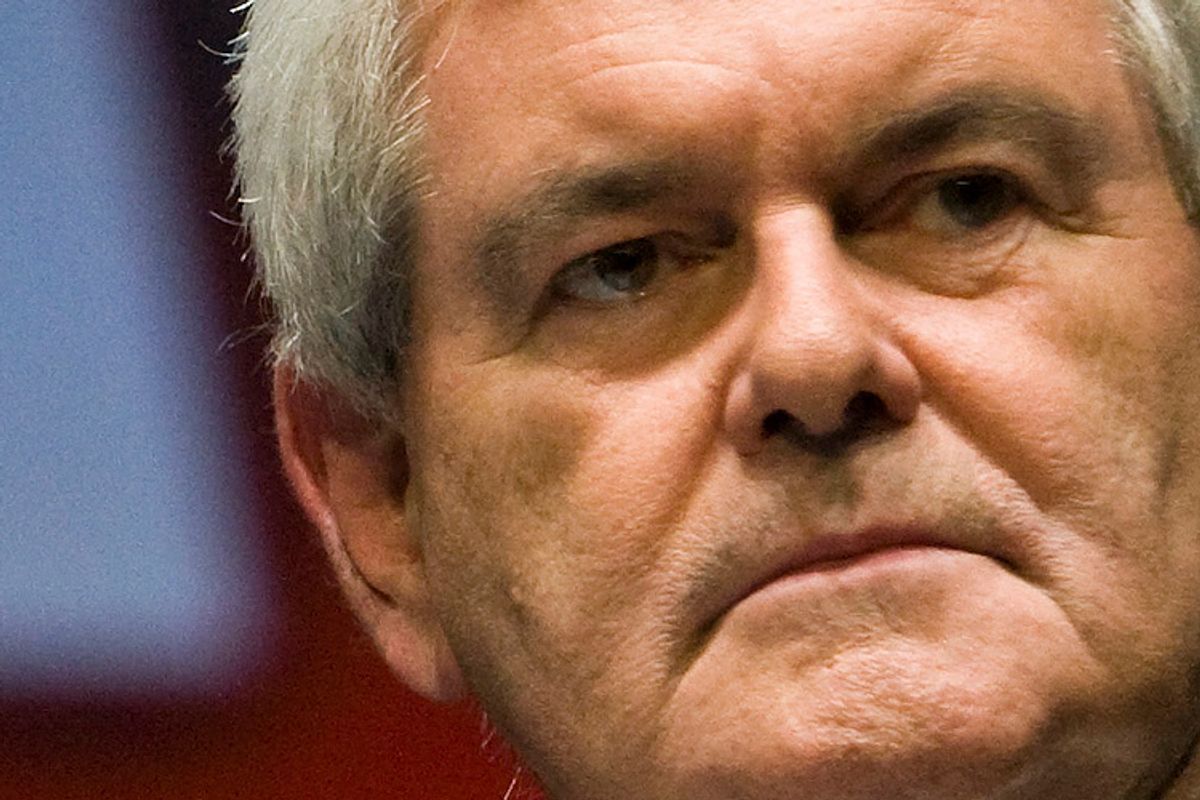 [UPDATED] Newt Gingrich is now fundraising off of his opposition to the Muslim community center in Lower Manhattan (the so-called Ground Zero Mosque), telling conservatives in an e-mail appeal to "Please SELECT HERE to STOP the Ground Zero mosque! Your decisive DONATION to Real Action will help us to RALLY and ACTIVATE all Americans, to TAKE REAL ACTION!"

The fundraising appeal, which is signed by Gingrich and which you can read below, was blasted out to the e-mail list of WorldNetDaily Thursday to raise money for Renewing American Leadership Action. Gingrich is honorary chairman of the group and his spokesman Rick Tyler is its director. Founded last year to help Gingrich reach out to evangelicals, it is "dedicated to defending and advancing American civilization by restoring our Judeo-Christian heritage."

In his new fundraising appeal, Gingrich repeats his cry for the United States to follow Saudi Arabia's lead when it comes to religious freedom:

Even though there are more than 100 mosques in the New York City area, there are no churches and synagogues in the entire country of Saudi Arabia.

The time to end this religious double standard is now.

Please give the most significant gift that you possibly can to help us to not only inform all Americans but to specifically MOTIVATE patriots to ACTION to halt the building of this mosque. As one who holds your freedoms dearly, I know I can count on you.


The time to take a stand is now.

Please SELECT HERE to STOP the Ground Zero mosque! Your decisive DONATION to Real Action will help us to RALLY and ACTIVATE all Americans, to TAKE REAL ACTION!

Now, it's not at all clear how Renewing American Leadership Action is planning to "rally and activate all Americans" other than collecting their generous donations and linking to Gingrich's anti-mosque statements on the organization's Web site. We've put in an inquiry about this and will let you know if we hear back.

UPDATE: Rick Tyler, head of Renewing American Leadership, told Salon "we intend to educate the voters so they understand the nature and threat of sharia law." Asked about specific plans, he said, "we will be releasing those over time." Tyler also explained how building the mosque would be like building a statue of Karl Marx at Arlington National Cemetery.