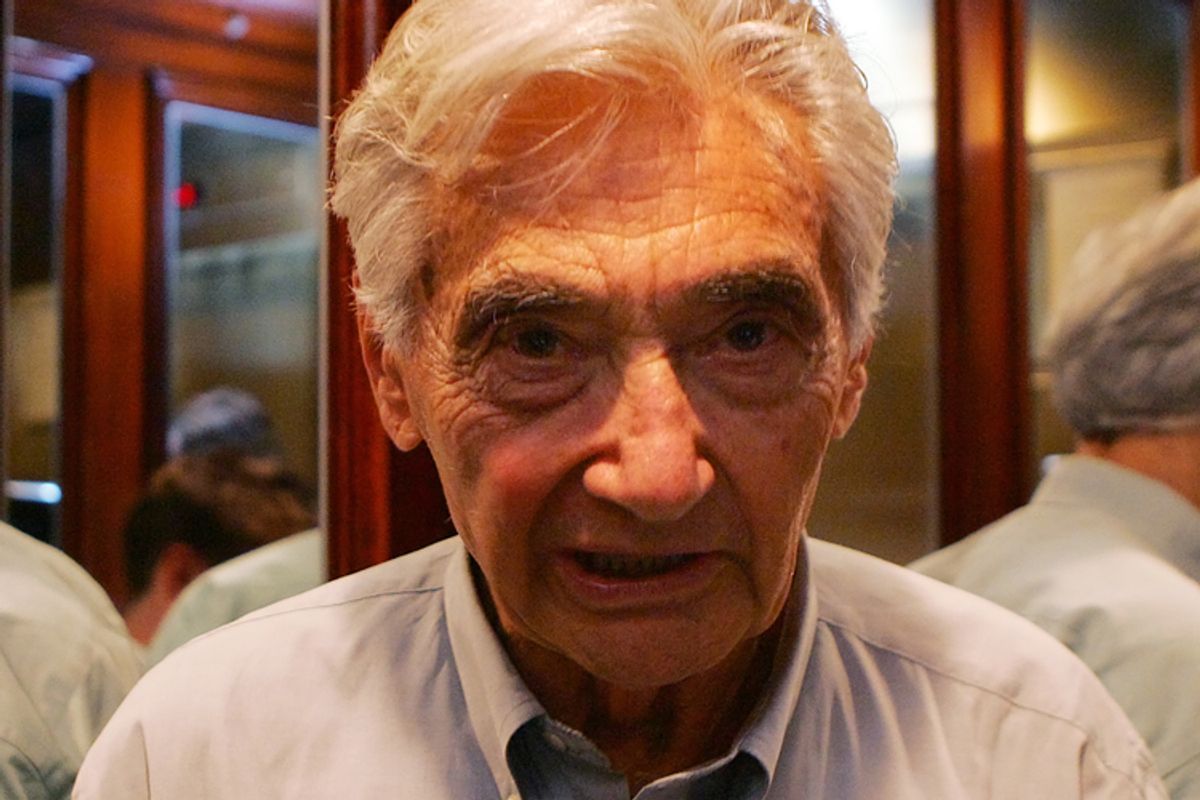 Surprising no one, the FBI announced today it had tracked the left-wing historian Howard Zinn for 25 years, despite having apparently no evidence that he ever committed a crime.

The bureau released over 400 pages of its file on Zinn, covering 1949 to 1974 -- when the bureau says its investigations ended -- in response to FOIA requests. Download the documents here. (See anything interesting? Leave a comment or shoot us an e-mail.)

As we often learn with these FBI releases, the bureau expended a remarkable amount of resources tracking the writings and movements of those who were linked to Communists (even by three or four degrees of separation) or who opposed the Vietnam War.

One document (Page 217) records that Zinn, who died in January, participated in a public anti-draft meeting on Boston Common in November 1967. This fact was observed by no less than five special agents of the FBI, whose names are recorded.

There are scores of pages of fairly banal details like this. Take the following section in which the FBI drew on its substantial network of confidential informants to establish Zinn's presence on the mailing list of a questionable bookstore:

On March 29, 1947, Confidential Information T-8, of known reliability, advised that the Workers Book Shop is an outlet for Communist Party literature. According to this Information, it is a self-supporting establishment, operated by a Communist Party member, and an integral part of the Communist Party.

There's also a fair amount here about Zinn's 1974 trip to North Vietnam with the Rev. Daniel Berrigan, during which they received three freed American POWs. Gawker has some more.