Gingrich aide: Mosque at Ground Zero is like statue of Marx at Arlington 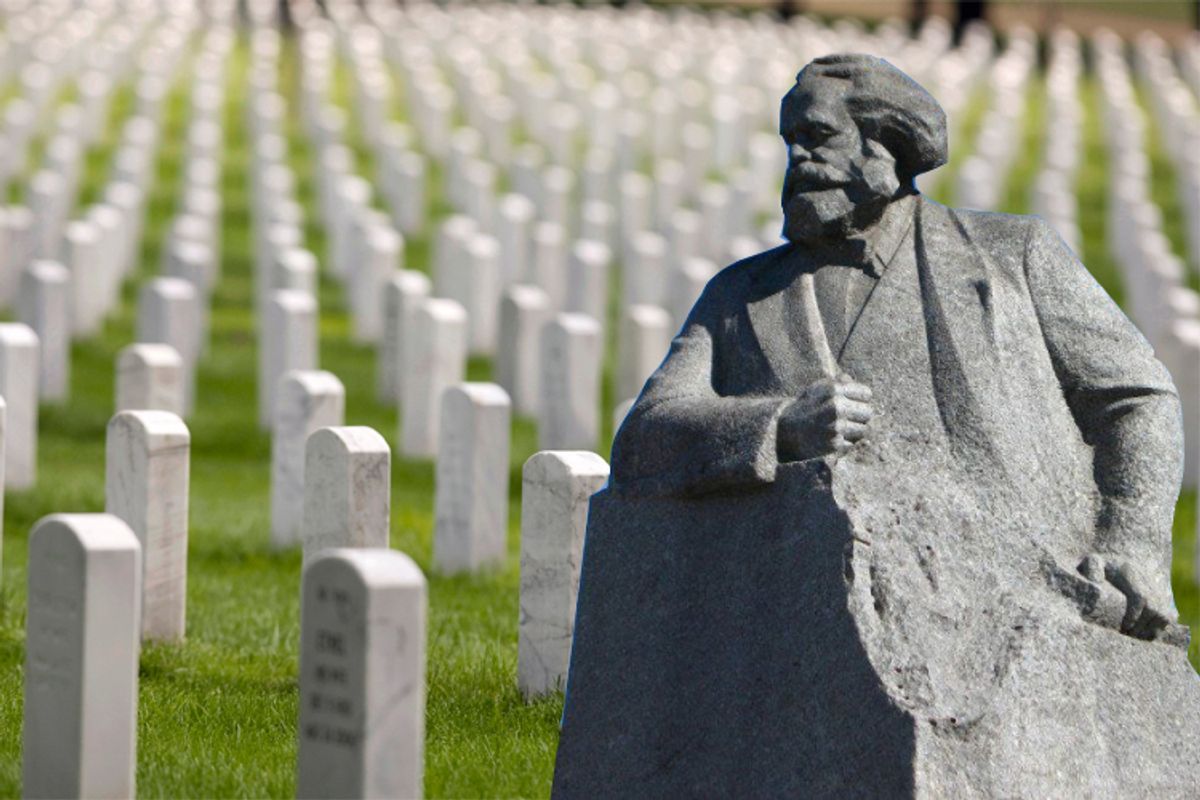 Newt Ginrich's spokesman told Salon in a phone interview today that building a mosque at Ground Zero "would be like putting a statue of Mussolini or Marx at Arlington National Cemetery."

Asked what the 19th century German philosopher had ever done to America, Gingrich spokesman Rick Tyler said: "Well let's go with Lenin then." Tyler explained that he was talking about Lenin, who died in 1924, as representative of the Cold War and ideologies opposed to America.

(For the record, the planned Muslim community center is not "at" Ground Zero, and there has been a mosque in the neighborhood for decades.)

Tyler is a longtime Gingrich aide who leads the group Renewing American Leadership, which is currently raising money off of anti-mosque sentiment. The mission of the group is "to preserve America’s Judeo-Christian heritage by defending and promoting the three pillars of American civilization: freedom, faith and free markets."

For his part, Gingrich has focused his anti-mosque arguments on exhortations for the United States to be more like Saudi Arabia.