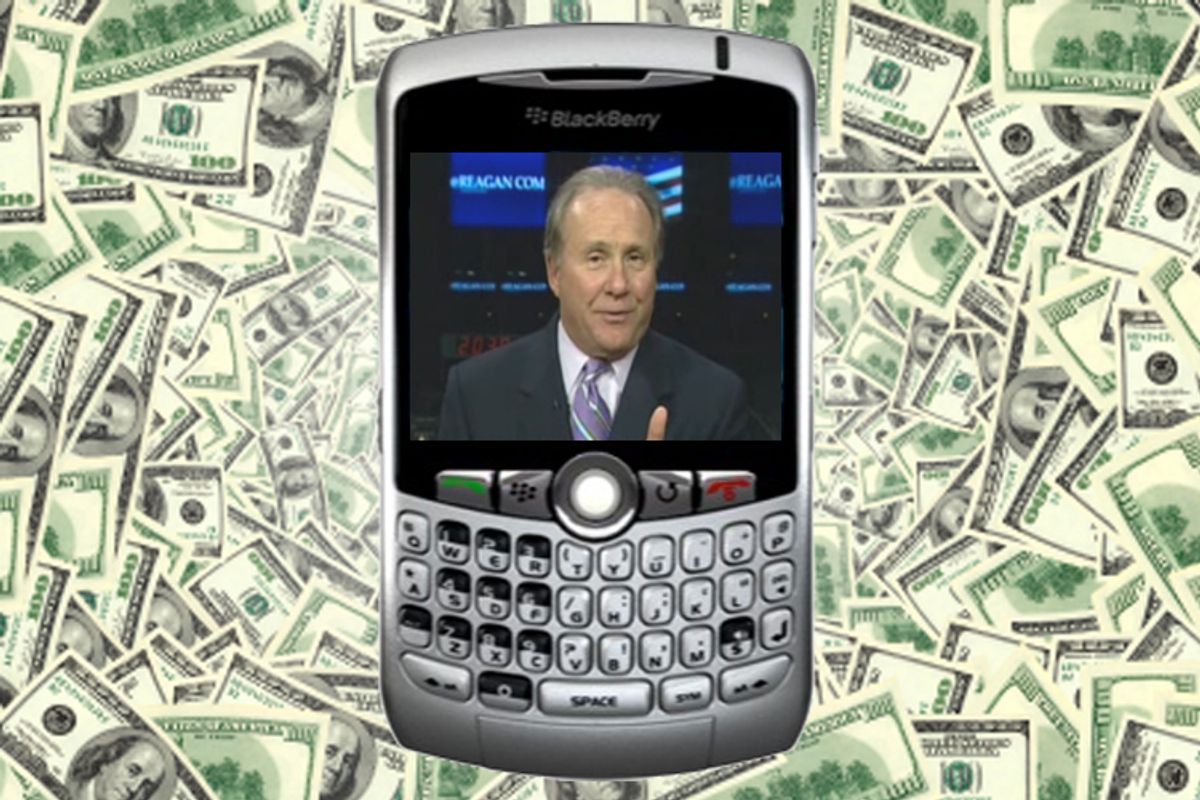 For the low, low price of $35 a year, you can trade in your tired old "free" Gmail or Yahoo or Hotmail e-mail address for the privilege of enriching the man Ronald Reagan and his hated first wife adopted in 1945 and promptly forgot about. That's right: Michael Reagan is selling "@reagan.com" e-mail addresses. Offer ends tomorrow!

(You can still buy an @reagan.com e-mail address after tomorrow, but it will cost you $40.)

I know, I know, Michael Reagan totally stole this idea from us stealing that idea from Tucker Carlson. But when you buy a reagan.com e-mail address, you also get a DVD of his "tear down that wall" speech. So it's basically a steal!

No one can begrudge Michael "I'm your son, Mike" Reagan his right to capitalize on the one thing his deadbeat father left him with -- a name that is worshiped by thousands of old people willing to send money to anything they see advertised on World Net Daily -- but the relentlessness with which he pimps out the Reagan name would embarrass a Lohan.

I know you're all terribly excited to register your Reagan e-mail addresses, but you may be worried that your name has already been taken. Well, at press time the following names were still available: