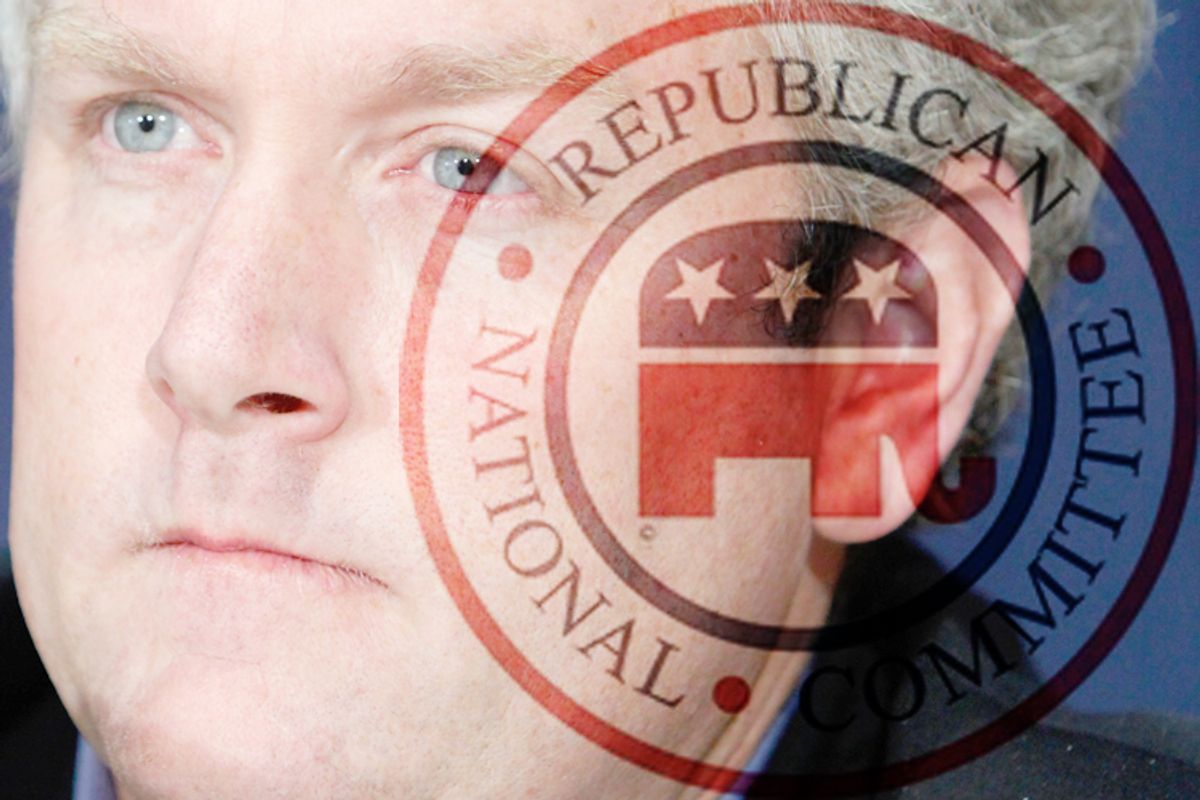 The RNC has been struggling to raise money lately, so a big-ticket Southern California fundraiser featuring beloved American Entertainer Andrew Breitbart seemed like a wonderful idea -- but, for some reason, the proposed fundraiser has been postponed!

There was speculation, initially, that the event was canceled due to the recent incident in which Mr. Breitbart smeared an honorable public servant named Shirley Sherrod, by posting a misleadingly edited video clip and falsely accusing her of racism against some  white people whose farm she saved, many years ago.

Ms. Sherrod was promptly fired, because the administration was worried that Glenn Beck would call her a racist. She is suing Breitbart, who was roundly and finally called a bullshit artist by the members of the press that he professes to be warring with but with whom he is actually in a parasitic relationship.

So did the RNC wise up and decide not to embrace the unhinged, race-baiting Breitbart? No, they just moved the event to September because the big spenders weren't signing up for the August date. So now the "final event" before the election in California, at which the party will raise its get-out-the-vote campaign money, is scheduled for some time after Labor Day. And Breitbart is totally still invited, if he can fit it into his schedule. Perhaps RNC head Michael Steele can help with Breitbart's road to redemption, by helping him to understand urban-suburban hip-hop settings.

(That event, in Philadelphia, went swimmingly. 300 mostly white people showed up and other organizers expressed their discomfort with the presence of the suddenly tarnished Breitbart.)