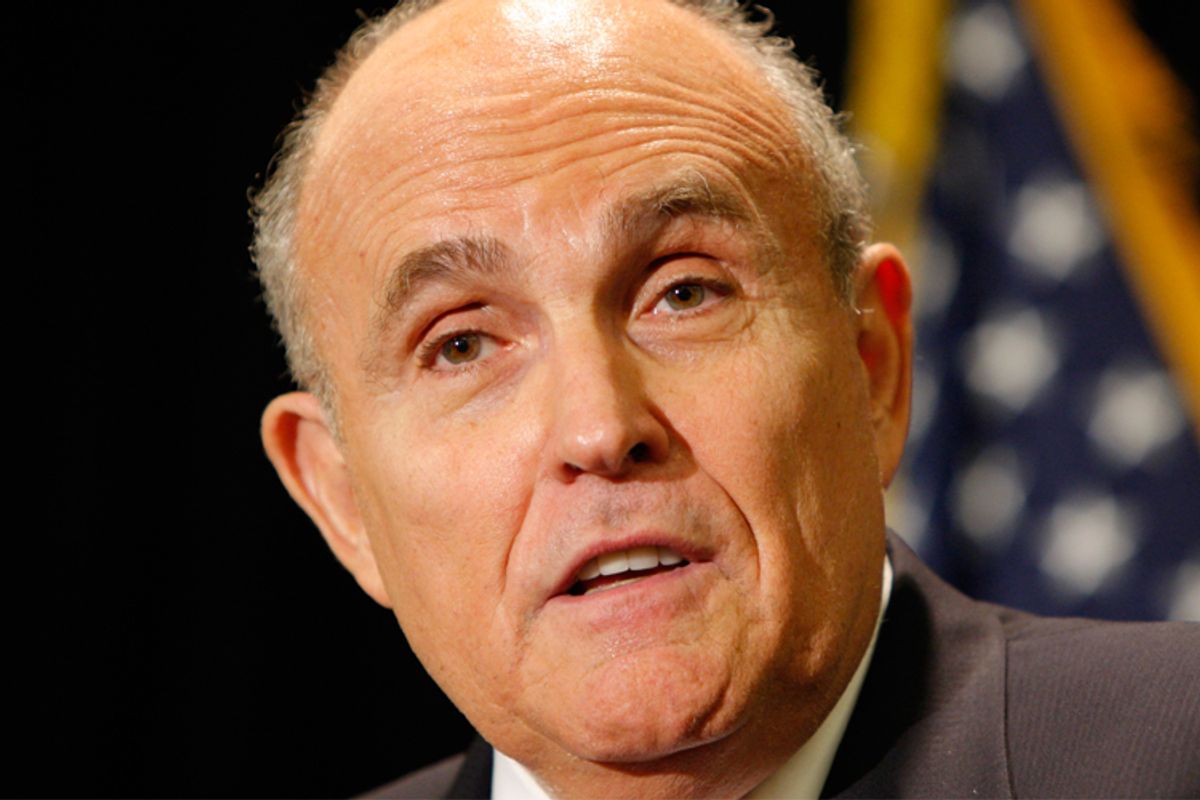 Maggie Haberman at Politico notes that Rudy Giuliani has finally come out against the Muslim community center in Lower Manhattan that right-wingers have dubbed the "Ground Zero Mosque."

Perhaps to make up for his relative lateness to an issue he used to own, Giuliani said on the Jeff Katz radio show a few weeks ago not only that the project is a "desecration" but that "decent Muslims" shouldn't mind the "Islamist extremist terrorist" label that Giuliani applies to "our enemy." For Giuliani, the enemy includes the (in fact moderate and progressive) Muslim Americans behind the Cordboa House project in Manhattan.

(Thought experiment: how would the mosque-opposing Anti-Defamation League react if a national politician said "Decent Jews should oppose x"?)

In other Cordoba House news, New York tea party gubernatorial candidate Carl Paladino said that the planned Muslim community center will include a wall "memorializing" the "the faces of the men who flew those aircraft into that building." As was immediately established by the Albany Times-Union, there will in fact be no terrorist memorial wall.

And the New York Sun, the long-dead Likudnik paper, has now editorialized against Cordoba House on its mostly defunct website. The piece features an interview with the ADL's Abe Foxman in which he the Sun editorialist praises Sarah Palin. (UPDATE: We read this incorrectly in the first instance -- Foxman was apparently interviewed by the Sun but he is not quoted.)

Here's a flashback from Ben Craw to a simpler time when Rudy Giuliani hadn't ceded the "September Eleven" issue to wannabes like Palin and Paladino: