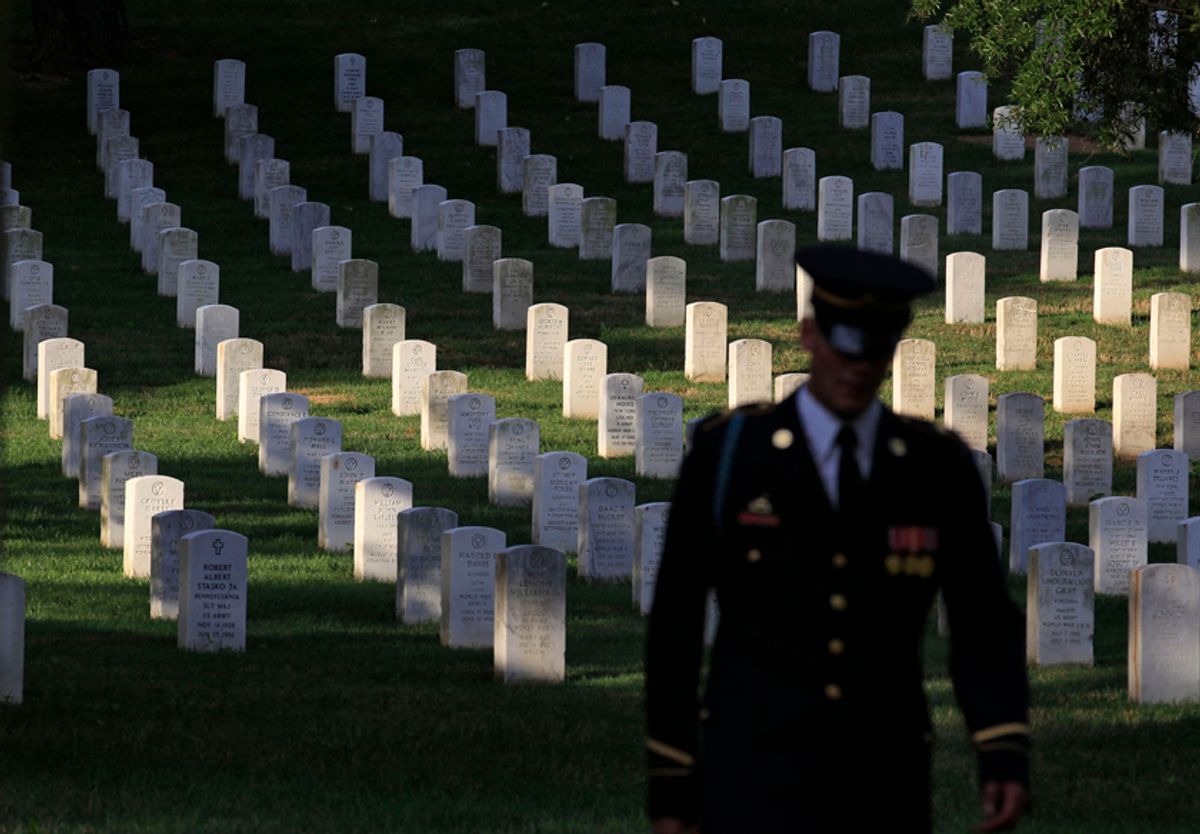 Army contracting officials have produced a scathing report on Arlington National Cemetery that documents the "questionable or improper" spending of millions of taxpayer dollars, supposedly used to pay contractors and purchase supplies at Arlington. The Army probe found little proof of services rendered for some contracts and payments.

Investigators mostly discovered a convoluted, incomplete and sometimes conspicuously absent paper trail to account for the money -- both at the cemetery and in the files of Army contracting officials who oversee the cemetery.

The Army launched this stand-alone financial investigation in June as the yearlong Arlington scandal exposed by Salon rapidly became more public. Salon reported that many at Arlington had tried to blow the whistle on questionable spending to computerize burial records, under the supervision of deputy superintendent Thurman Higginbotham, with contracts going to some of the same people more than once, even after they failed to produce a product. After spending somewhere between $5 million and $20 million, Salon reported, the cemetery's years-long effort to computerize its records wasn't completed.

Last week, Higginbotham invoked the 5th Amendment when he was asked about the contracts during a congressional hearing.

Army contracting specialists reviewed cemetery contracts and spending on everything from landscaping work to cellphone bills over the past five years. The resulting July 27 "Procurement Management Review of Arlington National Cemetery" report documents a dizzying blizzard of disappearing money, missing or incomplete contracting paperwork and fishy-looking spending on all sorts of things.

In one section of the report, investigators examined between $400,000 and $800,000 of spending per year on various purchases at Arlington. The probe found numerous examples of "no evidence of delivery and/or acceptance of services and supplies" in return. The report documents the purchase of cameras, refrigerators, computer equipment, software and car parts, as well as cellphone charges and payments for car repairs. For those expenditures, investigators found "limited or no supporting documentation or validation of the location of the items." The report called signatures on some purchase orders at the cemetery "questionable," noting that, "signatures purported to be signed by the same person appeared to be totally different."

"Based on the lack of documentation, justification for the items being purchased, independent receipt and acceptance, and the location of property purchased which should be maintained in the files, most of the purchases reviewed ... would be considered questionable or improper," the report says. When it comes to the Army, which oversees Arlington, the report says the Army failed to "ensure only authorized items were purchased, and receipt and acceptance was documented."

In addition to the purchase of items, the Army report also looks into millions of dollars paid to contractors for services. Here, too, investigators found widespread lack of proper documentation and common deviation from government contracting procedures designed to ensure fair competition among contractors and preserve taxpayer funds -- but that was only when the Army investigators could find the files at all. Investigators were unable to locate more than half the files for 167 Arlington contracts awarded through the Army's National Capital Region Contracting Center, covering everything from horticulture work to construction.

The investigators also sought to review a separate set of 34 cemetery contracts awarded through an Army Corps of Engineers office in Baltimore. Four of those files were "incomplete" enough that they could not be reviewed, investigators found.

The report is particularly critical of millions the cemetery spent on contractors to computerize Arlington's antiquated, faulty burial records still managed in a flurry of paper that has resulted in thousands of burial errors at Arlington. Despite payments to contractors who were close to top cemetery officials, Arlington received little to nothing in return, leading to the scandal exposed by Salon over the past year. "The contract files did not contain evidence that the government received deliverables as stated in the contract," the report said of this modernization effort that was supposed to prevent burial mistakes. Arlington blew somewhere between $5 million and $20 million on this fruitless endeavor. No one is sure of the total amount, or exactly where the money went.

The Army allowed Higginbotham and cemetery superintendent Jack Metzler to retire unscathed last month. The Army has shown no sign of any intent to hold any Army officials accountable for anything that took place at Arlington.

The report was released Tuesday by Sen. Claire McCaskill, D-Mo. McCaskill chairs a Senate subcommittee that is investigating the scandal at Arlington and that held the hearing last week.