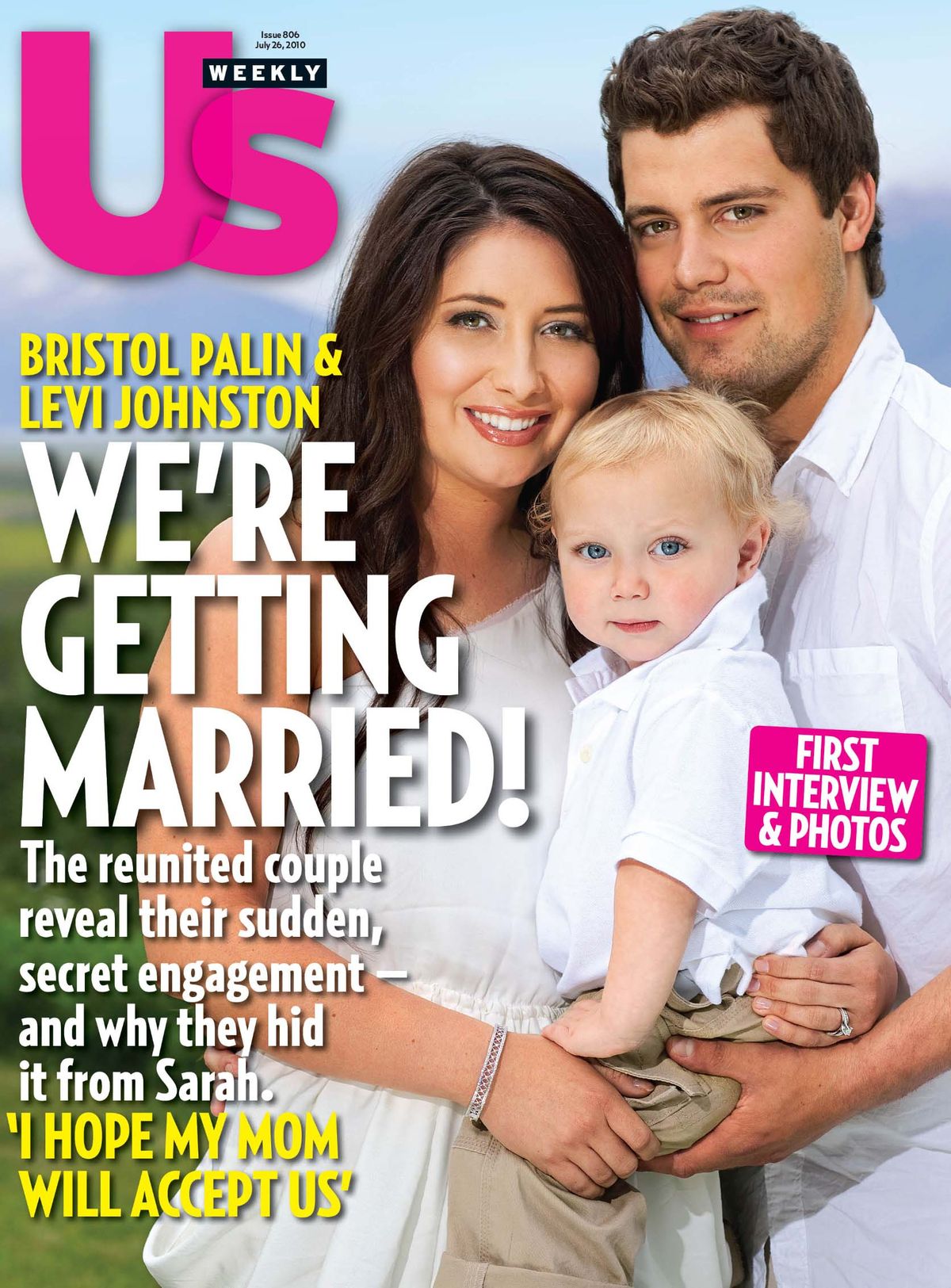 Bristol Palin, Levi Johnston, and son Tripp on the cover of US Weekly.
--

Bristol Palin told People Magazine that she dumped repeat fiance Levi Johnston after finding out he may have impregnated another woman. Lanesia Garcia was outed by the National Enquirer as the knocked-up teen in question, but Garcia told US Weekly that she hasn't hung out with Johnston since the ninth grade.  According to E!Online, the real reason for the split was a <em>different</em> ex-girlfriend, one Briana Plum, and a Facebook photo.

So if you're keeping a tally, that's a tick in the "win" column for Sarah Palin and her disapproval, and a mark in the "lose" column for Kathy Griffin, who will likely get a drunken late-night call from Levi asking to sleep on her couch. Politics Daily extols the virtues of Bristol, Levi and their white-trash heritage, and the Boston Herald imagines what the couple's breakup texts may have looked like. And, as usual, Levi's sister Mercede has something to say about the whole baby-daddy scandal on her blog.

Speaking of Kathy Griffin, this is her hilarious video response to the news that Bristol and Levi were getting married: