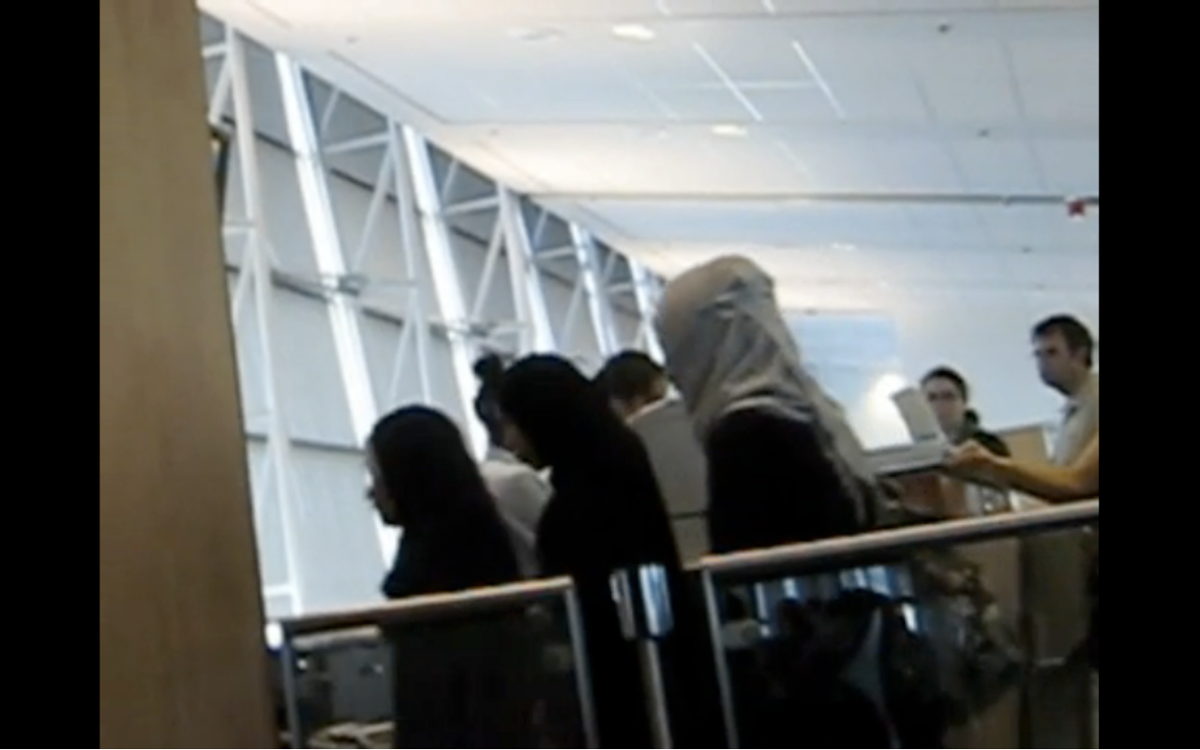 Thanks to a video posted on YouTube, Canadian officials are investigating a claim that veiled passengers were allowed to board a flight at Montreal's Pierre Elliott Trudeau Airport earlier this month without showing their faces. A British traveler captured footage on his cellphone that appears to show two women wearing niqabs breezing right by an Air Canada agent as the man they're traveling with hands over their passports for them.

If all is truly as it seems, then the agents didn't follow the airline's usual practice of ID'ing all passengers at the final checkpoint before boarding a flight. In the case of veiled women, Air Canada trains employees to conduct a screening in a private area. That said, an airline spokesperson told the Vancouver Sun: "In Canada, airline passenger screening is the responsibility of [Canadian Air Transport Security Authority] and passengers have already undergone multiple security checks before arriving at the gate." But Federal Transport Minister John Baird was quick to voice strong disapproval: "If the reports are true, the situation is deeply disturbing and poses a serious threat to the security of the air traveling public."

You have to wonder at the motivation of the man behind the camera -- why begin filming the veiled women in the first place? Also, it seems to me that the video as it appears on YouTube isn't terribly reliable -- it's shot at a distance and there are several abrupt cuts throughout. Ultimately, it's the verdict of Canadian authorities that really matters, but -- thanks, YouTube! -- we can still watch the video below and come to our own uninformed conclusions.