The best tomatoes come from the unlikeliest places. This salad draws inspiration from an Idaho potato farm 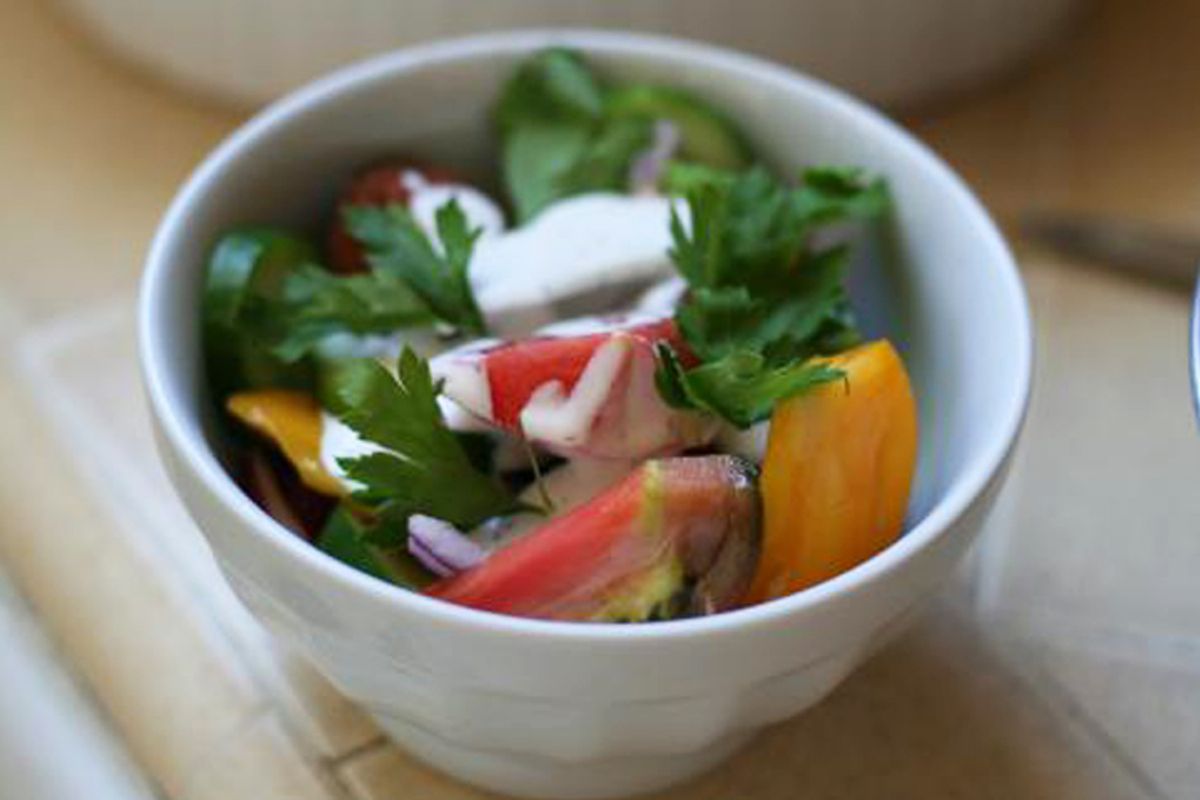 The most mouthwatering tomato I've ever seen was at the home of a farmer. A potato farmer.

When I was working as a small town television news reporter, I got invited into a lot of homes. Back in the early 1990s, the local TV station was still the main source of information for many rural areas, and a reporter on a doorstep was welcomed in like a neighbor. At a job in southern Idaho, I was assigned a story about potato farms. Actually, many of my stories had to do with potato farming, but for this particular assignment, I arrived at the designated address and knocked at the door of the ranch home, video camera in hand.

The farmer's wife, a friendly older lady, answered the door. "He's still eating his lunch," she informed me, inviting me in. I was escorted into their kitchen, where the potato farmer was sitting at the table, leisurely eating a large beefsteak tomato, clearly homegrown.

I introduced myself, and explained the questions I was planning to ask him. He listened to me, but made no effort to speed up his lunch.

Slowly, he sliced the tomato, letting its red juices run all over the plate. Then, he generously spread each slice with Miracle Whip as I talked about where I'd like to set up the equipment for the interview.

Eventually, we made it over to the storage barn, where a half-year's potato harvest was rotting, creating a stench so foul, it was hard to believe no decaying animal flesh was involved.

I left the farm, vowing never to eat another potato -- but suddenly craving tomatoes.

The potato farmer's lunch of vine-ripened beefsteak tomato and Miracle Whip recalled a salad oftened served during my childhood in the Midwest.

Here, I've attempted to lighten up the dressing while maintaining its cool creaminess and the fresh taste of homegrown vegetable.