Opponents to the construction of a Muslim community center in Lower Manhattan still hysterical, bigoted 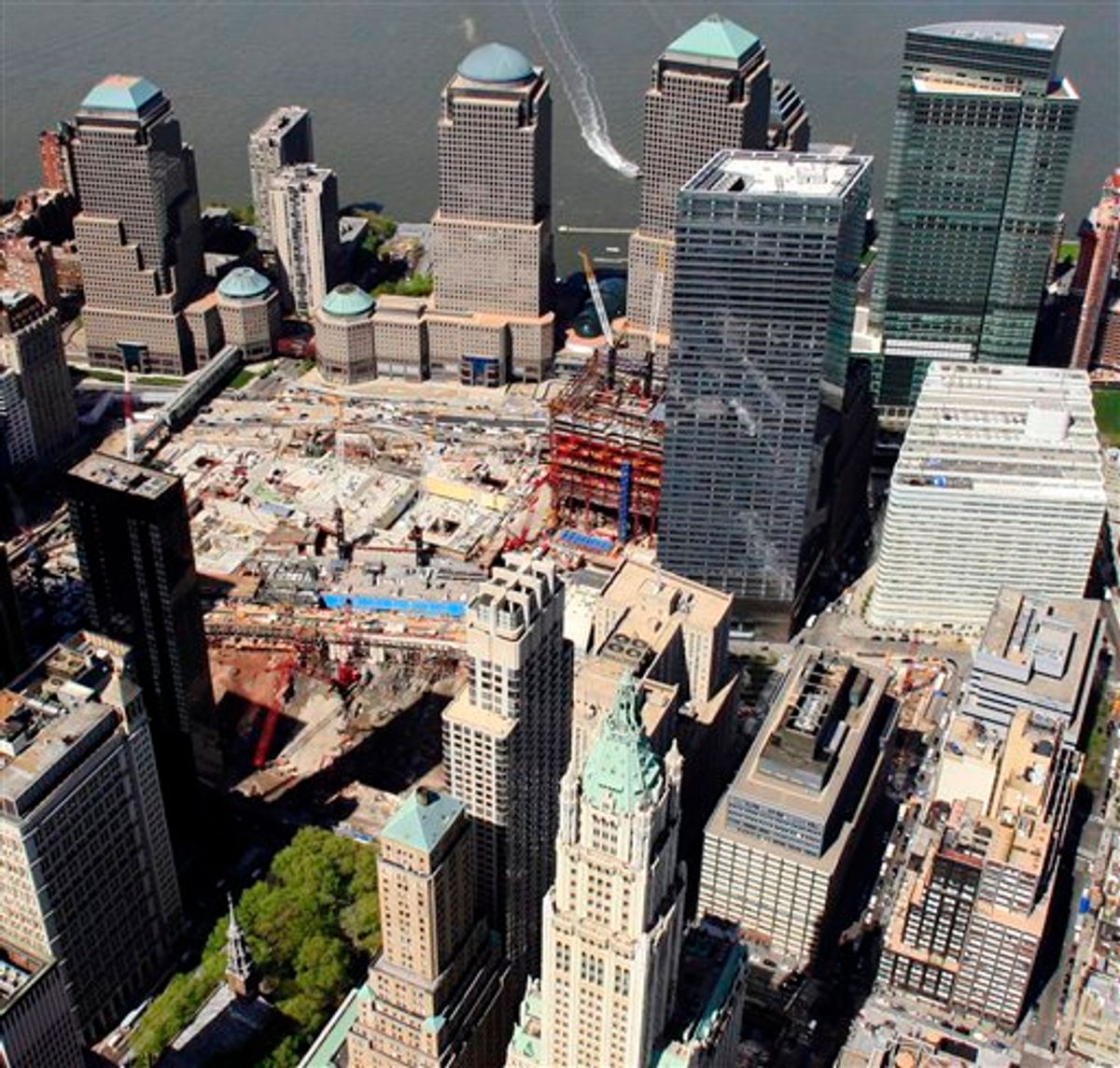 This aerial photo of April 20, 2010, shows the New York city block, lower right, where a 13-story mosque is planned for construction two blocks north of the World Trade Center site, center left. The plan for the $100 million mosque and cultural center received initial support on Wednesday, May 5, 2010 from community board 1 in Lower Manhattan. (AP Photo/Mark Lennihan) (AP)
--

Despite the best efforts of Rudy Giuliani and Newt Gingrich -- two people who no one could've predicted we would still be writing "news" stories about in the year 2010, when neither of them even has a job -- the New York City landmarks commission decided that a former Burlington Coat Factory site in lower Manhattan is not actually a historic landmark worthy of preservation. That means that, despite the protests of our whiniest Americans, an Islamic community center can be built there. Which is, obviously, a disastrous blow to Western civilization, and our freedom.

The "ground zero mosque" organizers have renamed the center "PARK51" -- which sounds like condos. Their new website also looks like condos! But it received the new name for the same reason that Daisey Khan, the director of the American Society for Muslim Advancement and the wife of the cleric involved in the project, sat down with the Wall Street Journal to talk about how they might add an interfaith chapel and a memorial to 9/11 victims and how the board of the project will include members of other religions: Because they're bending over backward to "prove" to people opposed to the project that they are not, you know, terrorists. Despite their Muslimness.

Anti-Defamation League head Abe Foxman is still adamant that religious freedom does not apply to Muslims below 14th Street:

Abraham Foxman of the Anti-Defamation League said Ms. Khan's statements on transparency, inclusiveness and healing don't address the central point of his group's opposition: that the location of the center is insensitive to the families of the Sept. 11 victims. "If you want to heal us, don't do it in our cemetery," he said. "We are joining in with families who are not saying don't do it at all, but saying don't do it here."