The fantasy of a vast upper middle class

College isn't for everyone. Neither is the stock market 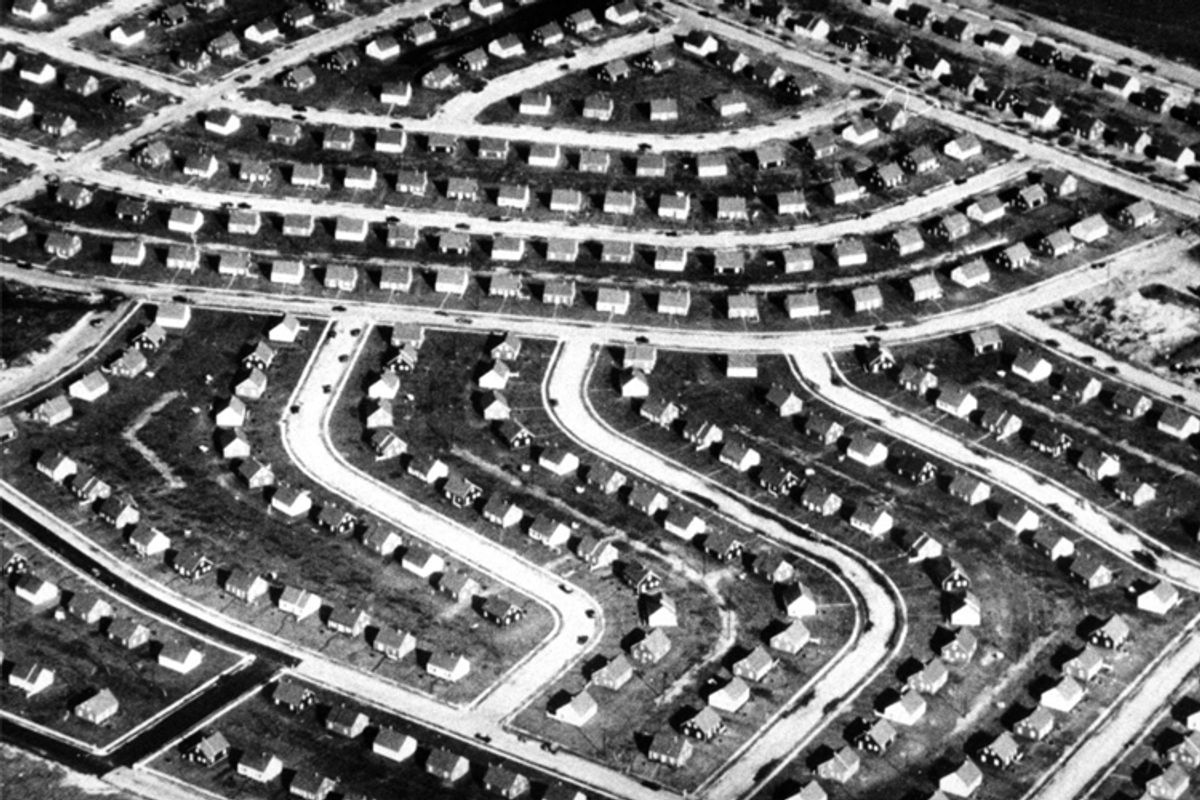 Among the many theories exposed as fallacies by the Great Recession is the idea of the mass upper middle class. During the years of the American bubble economy, progressives and conservatives alike lauded the graduation of most citizens from the working class to a new elite that included the majority of Americans.

The center-left and center-right defined this alleged new class somewhat differently. In 19th century Germany, scholars distinguished the credentialed middle class (Bildungsbuergertum) from the propertied middle class (Besitzbuergertum). A similar divide separates America’s progressive elite, based in the educational profession, civil service and nonprofit sector, from America’s conservative elite, based in business and banking. Elite progressives and elite conservatives share the assumption that the ideal society is one in which most Americans would be more like them, in owning educational credentials (progressives) or capital (conservatives).

The elderly in America can remember a long-distant era when progressive thinkers included leaders of organized labor and small-town populist politicians. But nowadays progressive politicians and strategists tend to be affluent meritocrats who got where they are by making good grades at highly selective schools. Their narrow personal experience leads many elite progressives to equate social mobility and increases in income with obtaining academic credentials like their own. While New Deal labor liberals and populists wanted to promote unions and a living wage, many members of the new breed of Ivy League-educated liberal technocrats prefer an alternate plan: send everybody to college.

Progressives love to claim that education is the key to upward mobility. But this is based on an obvious fallacy. The "college premium" that results in higher incomes for college graduates is the result of the relative scarcity of college degrees. If everyone had a B.A., then the value of a B.A. in generating high wages would drop. We know this to be the case, because access to college has expanded more rapidly in Europe, where the gap in wages between the college-educated and the rest as a result is smaller than in the U.S.

Nor is there any basis to the claim, repeated by politicians and pundits of both parties, that most of the jobs of the future require a college education. On the eve of the Great Recession, the Bureau of Labor Statistics identified the occupations with the largest numerical growth in 2008-2018: registered nurses; home health aides; customer service representatives; combined food preparation and serving workers, including fast food; personal and home care aides; retail salespersons; office clerks, general; accountants and auditors; nursing aides, orderlies, and attendants; and post-secondary teachers. Of these careers, only two -- accountants and auditors, and post-secondary teachers -- require a bachelor’s degree rather than on-the-job training or an associate degree, and only one -- post-secondary teachers -- requires a graduate degree (a doctorate).

Some have claimed that the millennium of the credentialed class has already arrived. In a 2008 paper titled "The Decline of the White Working Class and the Rise of a Mass Upper Middle Class," the leading political analyst Ruy Teixeira and the scholar Alan Abramowitz argue that the key factor in contemporary American politics is the expansion of the highly educated, white-collar professional sector. But they reach this conclusion only by truly heroic feats of definition. They are able to claim that 54 percent of the American people are college-educated only by combining the 29 percent who had B.A.’s in 2007 with the 25 percent who had "some college." Taking a different approach and combining the "some college" crowd with high school graduates produces a more recognizable picture of an America with a majority of workers who have less than a four-year college degree.

The definition of "white-collar jobs" used by Teixeira and Abramowitz is even more generous, including "clerical" and "sales" along with professional. Do receptionists and shoe-store sales clerks in the mall really think of themselves as being in the same social class as doctors, lawyers and corporate executives?

Conservatives of the bubble economy era had their own mass upper-middle-class fantasy. In their version, membership in the mass upper middle class depended not upon educational credentials but upon ownership of capital invested in the stock market. By the beginning of the 21st century, according to some calculations, a majority of Americans had private retirement accounts or employer pensions that were invested in stocks and bonds. In the pages of the Wall Street Journal and elsewhere, conservative intellectuals declared that this made the United States a "nation of capitalists," an "investor society" based on "universal capitalism."

Defining janitors with 401K’s as "capitalists" is a kind of social promotion comparable to the elevation by progressives like Teixeira and Abramowitz of shoe-store clerks who dropped out of college into the "mass upper middle class." Genuine capitalists derive most of their income from the return on their investments or savings, not from labor. By this definition, there are hardly any capitalists in the U.S.  Most of the rich are the "working rich," who derive most of their income from wages or professional fees, not from investments. We are a nation of wage earners, some paid well and others poorly.

A majority of Americans may have some money invested in the stock market, usually through employer pension plans or 401Ks, but it is very little indeed. Forty-three percent of Americans have less than $10,000 in retirement savings and 36 percent contribute nothing to retirement savings at all. Thanks to two stock market collapses in less than a decade, most Americans will be more dependent on Social Security in retirement than ever. So much for the "nation of capitalists" and "the investor society."

For a generation, most Americans have been told by left, right and center that they would be failures if they ended their educations with high school, worked hard, saved cash for emergencies and bought modest homes they could afford. They have been told that to succeed in life they need to ape the lifestyles of the upper middle class that provides most of America’s politicians, pundits and scholars.

The result has been an experiment in social engineering that has gone horribly wrong: the creation of a faux mass upper middle class. Millions of Americans who by objective standards belong to the working class or lower middle class have persuaded themselves that they are part of the professional-investor elite, because they have worthless degrees from diploma mills, negligible amounts invested in stocks, and suburban trophy houses they cannot afford. For the college graduates at Starbucks working to pay off student loans for degrees that they will never use, as for the millions of Americans who are now "underwater," owing more on their mortgages than their houses are worth, the American dream has turned into a nightmare.

But many have profited from the peddling of the dream of the mass upper middle class. The claim that everyone should go to college served the interests of the educational-industrial complex, from K-12 to the universities, that now serves as an important constituency of the Democratic Party. (Along with Wall Street investment banks, universities provided Barack Obama with his largest campaign donations.) And the claim that everyone needs to pour money into the stock market, to be managed by banks and brokers who fleece their clients, served the interests of the financial-industrial complex that has replaced real-economy businesses as the dominant force in the Republican Party. Both the educators and the brokers have successfully lobbied Congress to subsidize their bloated industries, swelling them even further, by means of tax breaks for student loans and personal retirement savings. The big losers have been the millions of working Americans whom many Democrats and Republicans alike have persuaded, against their interests, to indulge champagne tastes on beer budgets.

The alternative to the mass upper-middle-class fantasy peddled by Republicans and New Democrats is a return to the older New Deal liberal approach, based on high wages and adequate social insurance. Working Americans should not need to go into debt to obtain college diplomas, in order to share more of the gains of national economic growth in the form of higher wages. And there would be less pressure on working Americans to gamble with their money in the stock market, if Social Security, like public pensions in the rest of the world, replaced a higher percentage of pre-retirement income than the 30-40 percent it replaces today.

An America with a college-educated professional class majority was always a fantasy. So was an America with a majority of affluent day traders. The America we need is one in which all Americans are paid a living wage and guaranteed a comfortable retirement -- even if they didn’t go to a university and don’t own stocks and bonds.

Michael Lind is the policy director of the Economic Growth Program at the New America Foundation.