Although its latest advertising tribute to rounded backsides features a "safer," lighter-skinned model 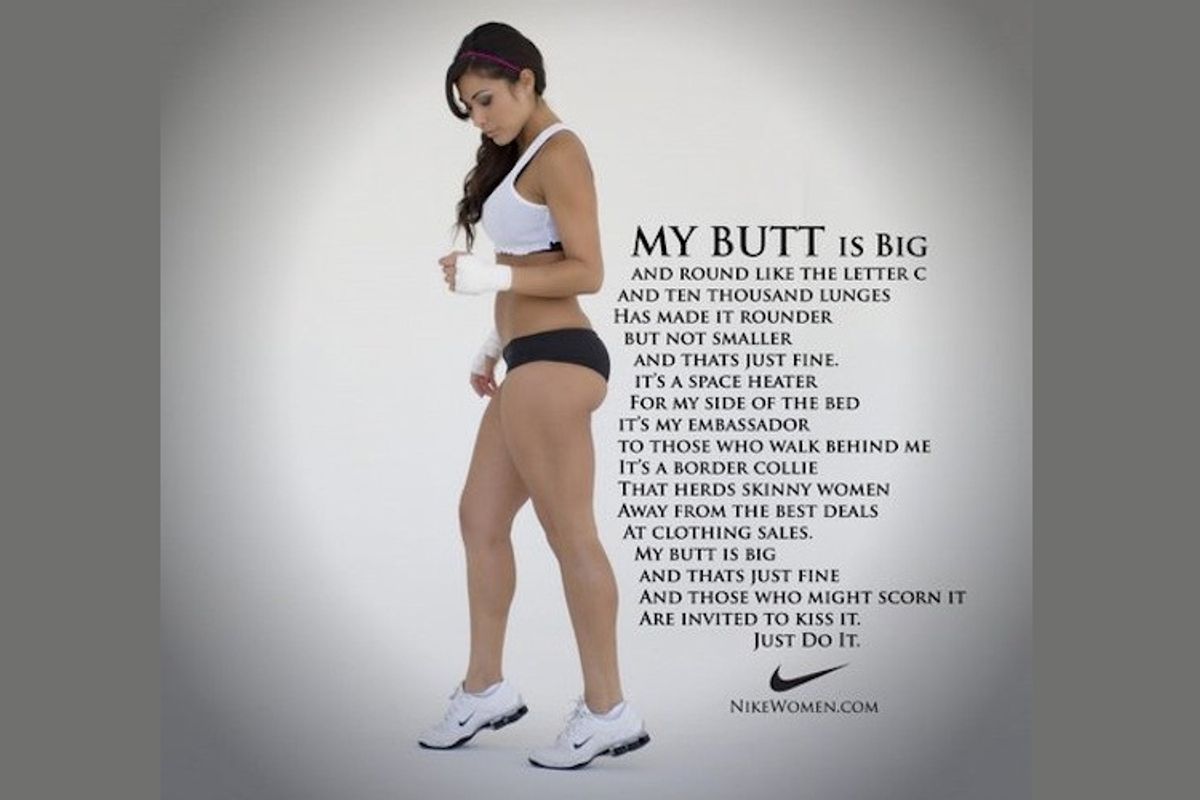 It seems Nike has officially jumped on the bandwagon for big butts. In their new ad promoting butt-enhancing shoes, an ethnically-ambiguous woman is shown in what appears to be a pair of panties, tennis shoes and a cut-off tank. This ad follows a similarly booty-minded campaign from 2005 which shows off the curves of a dark-skinned model. Why the change?

Stereotypically, the big butt is a black woman thing. But in the new world, where booty is popping up everywhere (hello, Kim Kardashian) and even being celebrated, I’m not surprised that Nike chose a safer model -- or one that might not be black at all. Black girls aren't the only ones allowed to have big butts anymore. That brings about an emotional reaction: Are black women's assets being taken away from us? Is it more beautiful to have a big butt and not be black? And was Serena just not available even though she’s already a Nike girl?

But when I read the first line of their little poem -- "My butt is big and round like the letter C" -- I instantly climbed on-board. It sounds like Nike is praising curves and telling women that if someone has a problem with your shape they can, well, kiss your ass -- and what’s wrong with finding strength in an asset others might not think is beautiful? What’s wrong with acknowledging that big butts draw attention and that, no, lunges don't do a damn thing but give it more shape.

Nike is headed in the right direction. Now, if we can just convince them to add some black girls into the mix -- we certainly wouldn’t want people to get confused about who had it first.