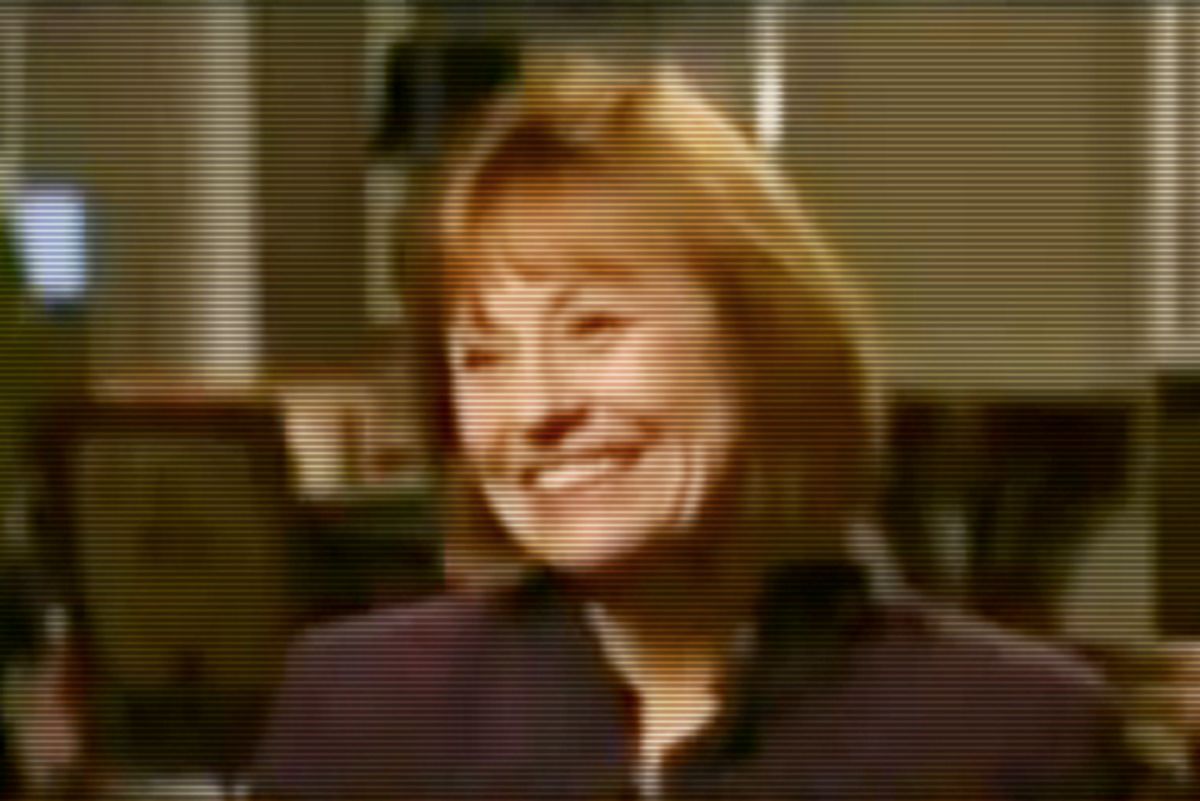 The problem with not-ready-for-prime-time candidates like Nevada Republican Sharron Angle is that even their ideological allies are slightly embarrassed by them. While the imprimatur of a Republican Party nomination prevents professional journalists from explicitly saying it, it is clear that she is, in addition to being a bit of a nut, also just kinda dumb. (Rand Paul, another embarrassment, is dumber than he is nutty. Angle is a lovely combination of both.)

So then Angle goes around saying, out loud, on the record, things people know but that you're not supposed to say, like that she only goes on Fox because appearing on Fox is a fundraising tool for conservatives, and they will allow her to tell viewers to go to her website and donate. And Carl Cameron has to sit there and laugh, oddly, when Angle tells him her press relations philosophy: That the campaign "wanted them to ask the questions we want to answer so that they report the news the way we want it to be reported.” (And, also, "SharronAngle.com." That's the important bit.)

It is the official strategy of the Harry Reid campaign to paint Angle as a nut. But, unfortunately, she is -- so it's hard to cover her without feeling grossly like you're flacking for the Senate majority leader.