A Maltese tomato-tuna sandwich for Mario

I was terrified of my retired-cop neighbor. Until he started gifting me vine-ripened tomatoes 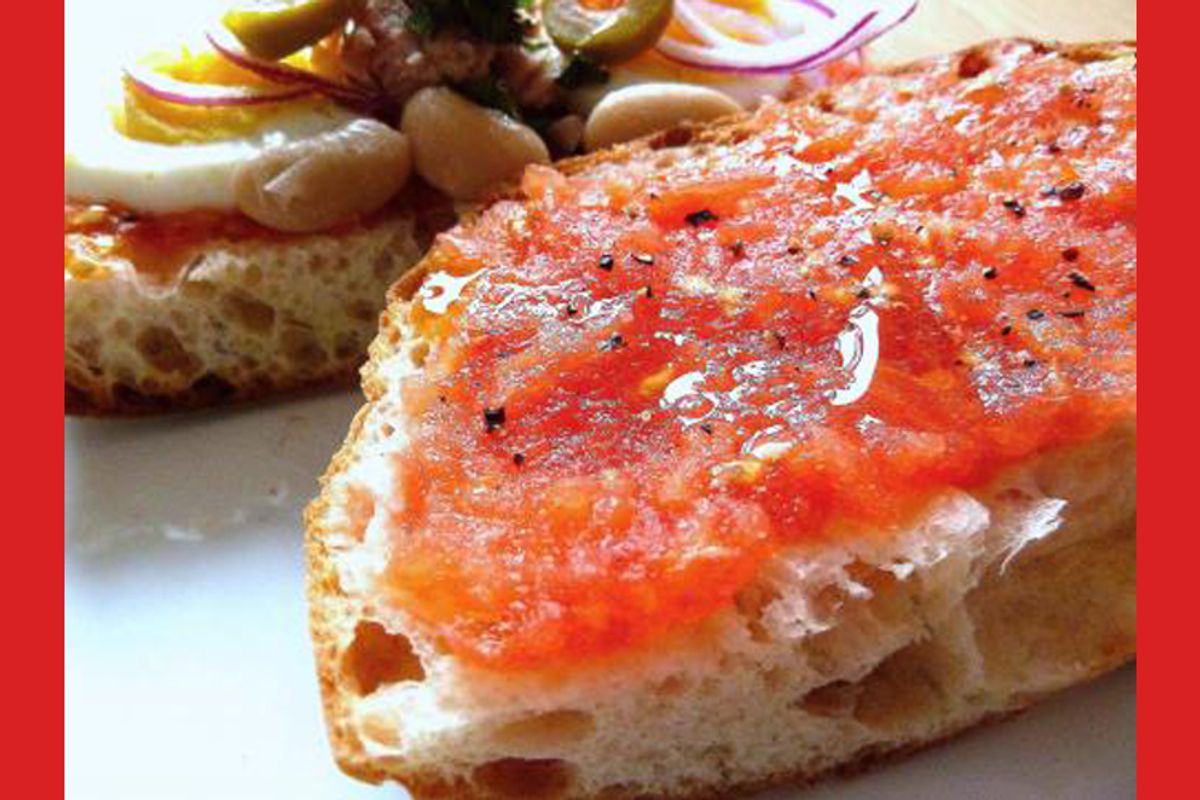 For someone as law-abiding as I am, it's unreasonable to fear the police. And yet, for the first several years that we lived next to Mario, I avoided him whenever I heard him come into his yard. Mario, a retired San Francisco police officer, might be in his 80s, but he still has a commanding presence. With his ramrod stiff posture and his stern countenance, I didn't really feel like getting to know the neighbor on the other side of our fence. It didn't help that my naps in the hammock would get occasionally interrupted by the sound of Mario yelling at his children, who are all in their 50s.

But then my kids were born, and I saw a soft side of Mario. He started to hand all manner of presents for the kids over the fence -- dolls, books, toys -- whenever we happened to be in our yards at the same time. "Hello, girls!" he'll say, in a gentle, almost high-pitched voice. The girls run, like dogs learning tricks, over to the fence at the sound of his voice. Then he'll either throw the surprises over the fence (and I'll fail to catch them, both because of my usual klutziness and my still present fear of him), or place them in a plastic bag, which he'll hoist over the fence on a broomstick. The kids, needless to say, never feared Mario. They shout out his name whenever they go into the yard, in case he might be within earshot, awaiting their summons.

I relaxed a bit after realizing that Mario was a softy. Then I started to get presents, too. And I dare say that mine were even better than the kids': vine-ripened tomatoes. Not only are these tomatoes delicious, as all homegrown tomatoes are, but I can observe from my back window the labor that goes into them. Because of the bizarre weather we have in San Francisco, it's a challenge to grow vegetables.  We don't have as much heat or the sun that most other places have in the summer. But Mario, in all his wisdom, erects a temporary greenhouse of sorts for his tomato plants each fall and winter, made of a complex network of ropes covered by Tyvek, the insulating house wrap you might have noticed on buildings under construction. It's not the prettiest sight, but the tomatoes that emerge each summer from the Tyvek are among the best I've had. With tomatoes this sweet, you can taste sunshine.

So when I'm in the yard, and hear rustling over the fence now, I don't scurry away like I used to. Instead, I wait to hear someone say, "Hi, honey," and get ready to catch my loot.

After many interactions over the fence, we eventually met face to face, and I got to know Mario a little better. I learned that he is from Malta, the tiny Mediterranean island nation off the coast of Italy.

Many Maltese emigrants settled in San Francisco in the early 20th century, including Mario's family. If you look carefully you'll notice Maltese crosses adorning not just the local fire station, but the facades of houses and former churches on our streets. In honor of Mario's roots, I'd like to introduce a classic Maltese dish that relies upon the vine-ripened tomatoes of summer. Malta's language and cuisine reflect its waves of migration and former colonizers, with inflections of Sicily, Moorish Spain, Northern Africa, France and Britain. A favorite light dish features Maltese bread, a sourdough with a great crust and a soft interior. This is rubbed with the cut side of a perfectly ripe summer tomato to be eaten on its own, or as a base for a rustic sandwich. What a perfect San Francisco meal. Here, in the land of sourdough, and one of the main Maltese settlements in this country, I get vine-ripened, sun-kissed tomatoes lovingly handed over the fence by my Maltese neighbor.

Maltese cuisine reflects its long history of influence from many cultures. This meal combines the Spanish pan con tomate, with fillings reminiscent of the French salade Niçoise. It was traditionally served as a simple but hearty lunch for workers, and could be thought of as a Mediterranean version of the British Ploughman's lunch.