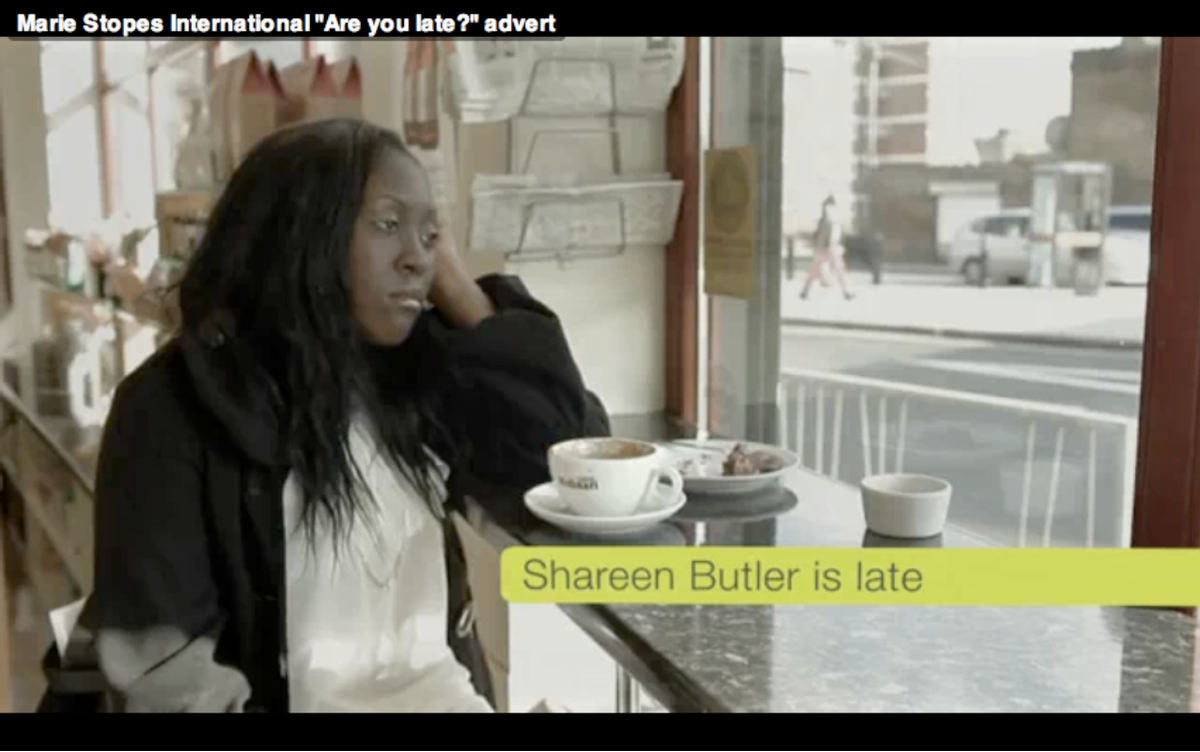 Now this is a proper way to start the day: with news about a case of sanity prevailing, and around no less an insanity-provoking issue than abortion. Britain's Advertising Standards Authority has officially rejected more than 1,000 complaints about a commercial by reproductive healthcare provider Marie Stopes.

As we wrote a couple months back, the ad, which is the first of its kind to run on national television in the U.K., revolves around the simple question "Am I late?" At the end of the spot, the phone number for an advice line is offered up. The "a-word" isn't mentioned once, but critics have nonetheless argued that it promotes abortion -- simply because abortion is one of the services Marie Stopes provides -- and fails to highlight the potential emotional and physical harm of terminating a pregnancy.

The ASA isn't having any of that nonsense, though. In a statement, the watchdog group said: "It was an ad for a general pregnancy advice service for women who wished to learn about and discuss their options, which might include, but were not limited to, abortion." The group added: "We understood that post-conception decisions could be very difficult, but considered the ad dealt with the issue of possible pregnancy in an understated way and was not sensationalist" -- you know, unlike the anti-choice response to this 30-second spot.