In tea-loving Asia the dark bean is a favorite flavor for sweets, even if they take liberties with what "cake" is 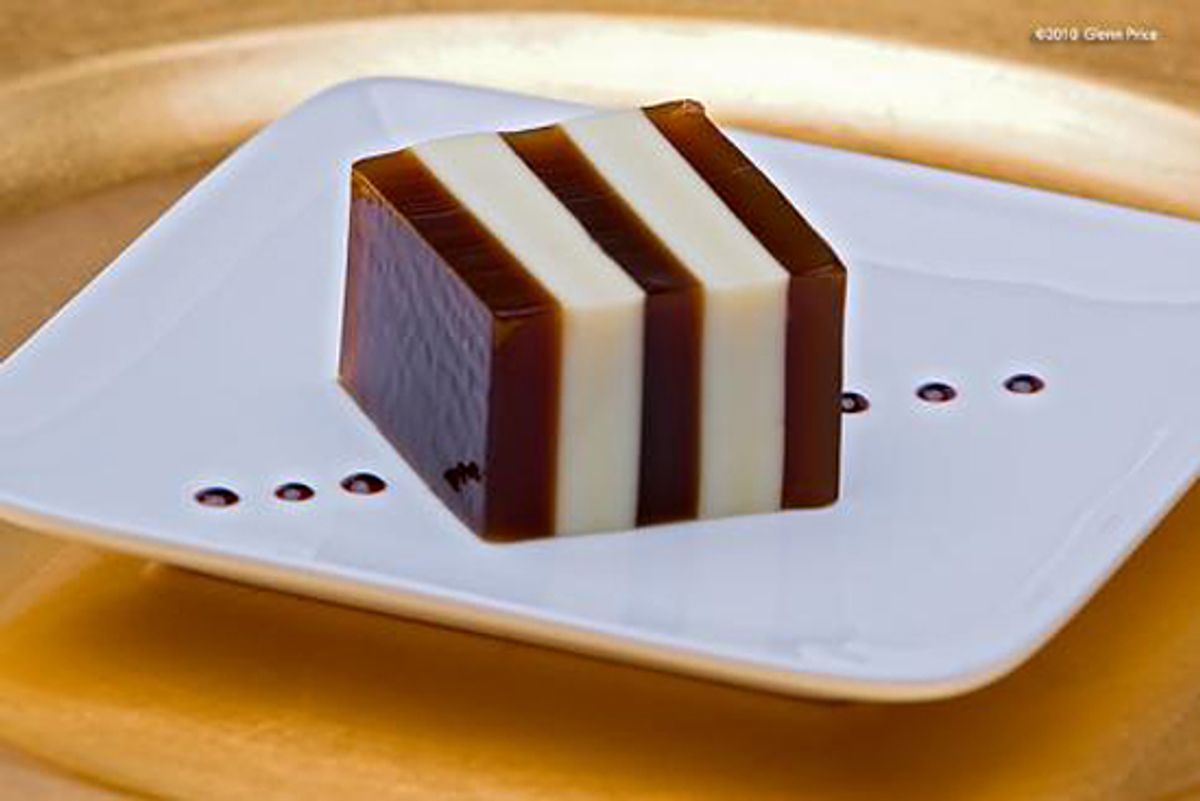 My gateway booze in college wasn't Bud, but Kahlua. By sophomore year, coffee was pulsing through my veins and needed to be replenished at a rate of seven cups a day. By senior year, I was running with a fast crew of night owls who'd put on a pot to brew at midnight. We liked to tell ourselves we were studying.

Since then, I've gotten my habit under control and straightened out my life, but I still have a huge soft spot for coffee-flavored sweets. But, for all its popularity, coffee isn't exploited as a flavoring as much as one would think, at least not in the U.S. In Canada, the Coffee Crisp -- flaky wafers sandwiched with a sugary coffee-flavored filling and coated with chocolate -- can almost be considered the national candy bar. When I was living there, I also saw coffee-flavored chewing gum, though I have to admit that goes too far even for me: Doesn't one chew gum to get rid of coffee breath?

But some of the most unusual and tasty coffee-flavored confections come from Japan. Coffee jelly -- essentially sweet black coffee set with gelatin -- is a case in point. It's one of those amazingly simple, yet out-of-left-field concoctions that make one think, "Wow, I wish I'd thought of that!"

Since good ideas tend to spread, variants of this treat have migrated to other traditionally coffee-free regions of Asia, and even to Asian enclaves in the U.S. My favorite coffee jelly came from a Hong Kong-style dim sum restaurant in Southern California, where it was misleadingly labeled "layered coffee cake" on the menu: It consisted of  layered coffee and coconut-flavored gelatin cut into pretty striped cubes. It was cool and smooth, firm but melting, and the coconut added creaminess and flavor.

I must have scarfed down three or four of those pretty little striped cubes during that brunch, and I've been promising to re-create that "coffee cake" ever since. My version pays tribute to Vietnamese-style coffee (strong, fresh French roast swirled with sweetened condensed milk), and features layers of coffee- and condensed-milk jelly. (It's worth noting that in parts of Asia sweetened condensed milk isn't seen as a mere utilitarian mystery ingredient, but as a condiment in its own right -- and deservedly so.)

At dim sum meals, sweet and savory items are traditionally served together, and diners can choose to eat the available offerings in any order they please. But the coffee jelly also works nicely as a light stand-alone dessert, garnished with a touch of chocolate sauce.

Of course, this garnish isn't traditionally Chinese -- but neither is the jelly itself.

For the coffee jelly

For the condensed milk jelly