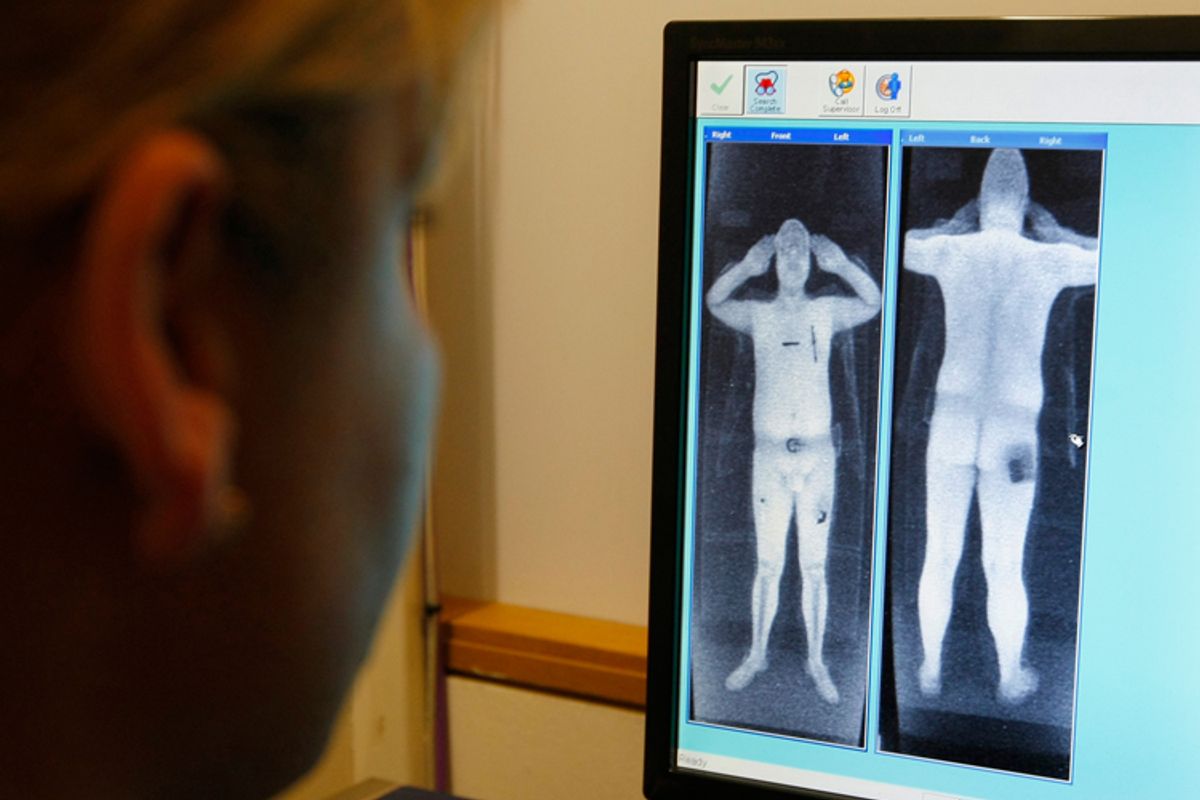 When government officials launch new security technologies, they always promise that the devices and methods will A) not unnecessarily invade people's privacy;  B) have strong policies in place to prevent abuse; and C) not go beyond their initial mandate. Then they break the promises.

The latest case in point involves the full-body scanners that are being installed in airports and some other federal installations: As CNET reports:

For the last few years, federal agencies have defended body scanning by insisting that all images will be discarded as soon as they're viewed. The Transportation Security Administration claimed last summer, for instance, that "scanned images cannot be stored or recorded."

Now it turns out that some police agencies are storing the controversial images after all. The U.S. Marshals Service admitted this week that it had surreptitiously saved tens of thousands of images recorded with a millimeter wave system at the security checkpoint of a single Florida courthouse.

It's an example of "mission creep" -- the pervasive tendency to expand original goals or tactics beyond supposedly narrow original goals. It's how laws supposedly aimed solely at crime lords end up being used against average folks. The only surprise in this case is that anyone would be surprised.

The misrepresentations about the body scanners have been a key feature of the machines' rollout. First we were told that no images could be stored because they'd be automatically deleted. Whoops, not true. In fact, these machines are specifically designed to store the images.

Now the Department of Homeland Security has done what everyone paying attention knew was coming: It's mandating the rollout of the body scanners nationwide. Soon, everyone who flies will be invited to bare all for the sake of security.

But you don't have to actually go through the scanner, right? Isn't there an option to be checked in some other way? There sure is, but be prepared for a serious hassle if you do.

Be prepared for some other upcoming realities. Even though lots of celebrities make sex tapes, there are at least a few movie stars and other public figures who have retained some old-fashioned modesty. Think any of these folks, however they regard their own privacy, won't be targets? Think again.

And watch as the full body scan becomes less and less optional if you want to actually catch your flight. Either it'll be mandatory, or the alternative will be hugely time-consuming and/or physically invasive. So if you find yourself shocked one day that yet another vestige of your liberty and dignity has been taken away, you won't have been paying attention.