And Rush Limbaugh has joined their ranks 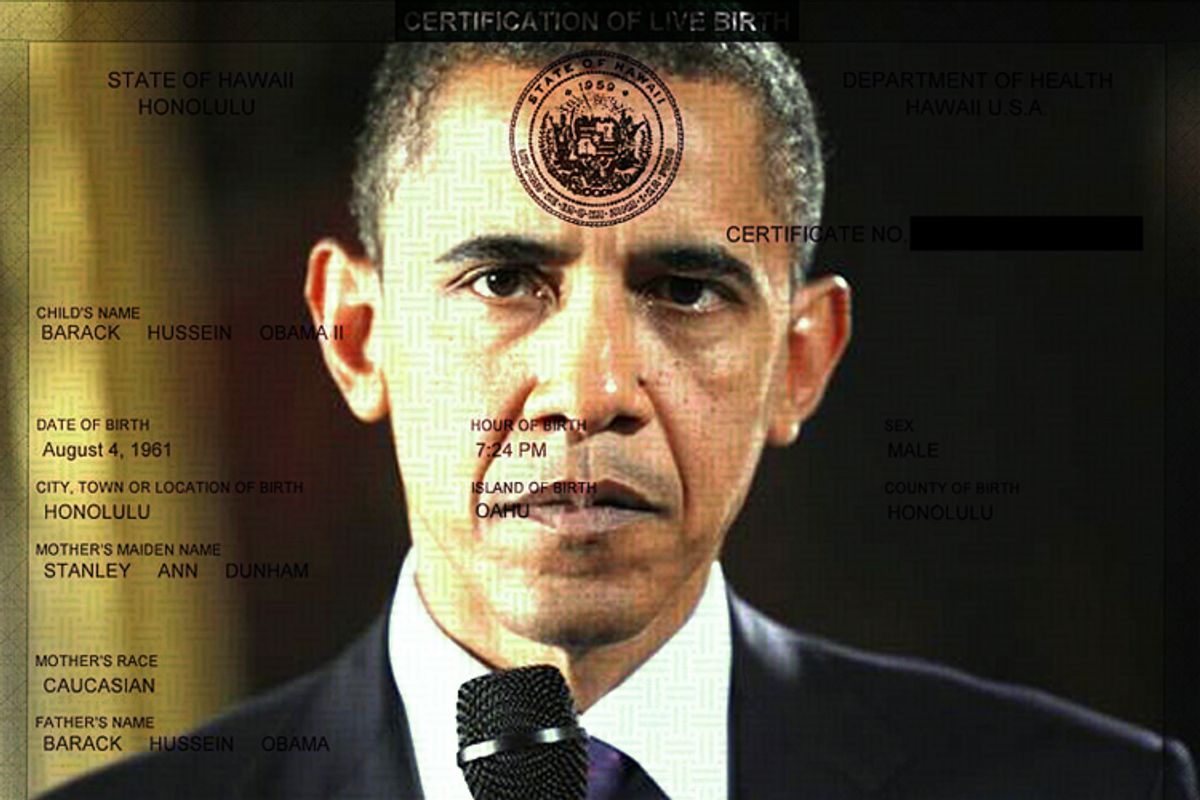 Happy 49th birthday, President Obama! Look, you got a new CNN/Opinion Research poll that says that less than half of Americans are think you were "definitely" born in the United States.

According to the poll, 42 percent of all Americans say Obama was definitely born in the US. Twenty-nine percent say "probably."

And, of course, 41 percent of Republicans say Obama was definitely or probably born in another country.

Why do so many Americans believe such a silly thing? And why are Republicans so much more likely to believe it? There's simply no way to know, but here is an unrelated quote from the popular Rush Limbaugh program yesterday:

Yes, well, that is not really a true statement. But that Rush Limbaugh, he is just an entertainer! Everyone knows he is "winking" when he says these things, and it is very elitist and condescending to suggest that his listeners are not "in on the joke." (The joke is that Barack Obama is a Muslim from Kenya.)