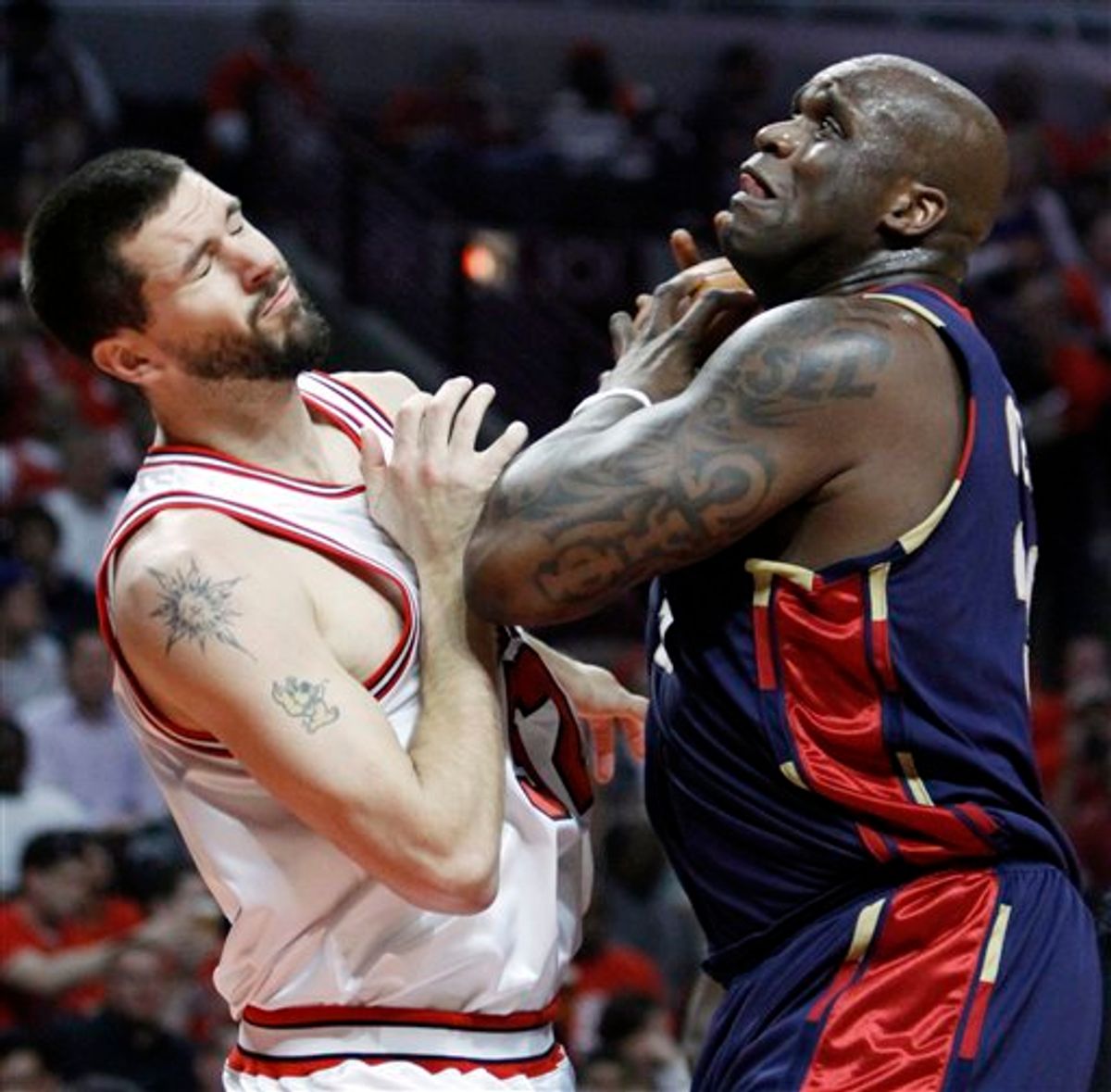 Cleveland Cavaliers' Shaquille O'Neal, right, drives to the basket against Chicago Bulls' Brad Miller during the first quarter of Game 3 in the first round of the NBA basketball playoffs on Thursday, April 22, 2010, in Chicago. (AP Photo/Nam Y. Huh) (AP)
--

NBA vet and giant-among-men Shaquille O'Neal is reportedly this close to signing a two-year deal with the Boston Celtics after last season's run with the Cleveland Cavaliers. The Internet is churning with all sorts of rumors and speculation about the whens and whys, and a decision is expected imminently.

Bleacher Report has a brief rundown on Shaq, the Celtics and the possible match-up against LeBron James and the rest of the Miami Heat. The Los Angeles Times asks if the Lakers should just retire O'Neal's number, and the Boston Globe seems to think Shaq's avid Twitter following would mean nothing but good things for Beantown. The Atlanta Journal-Constitution laments the fact that the Atlanta Hawks didn't pick up the big man when they had the chance, and the blog SB Nation Boston gives a rundown of the pros and cons of Shaq wearing the green and white.

O'Neal appeared on Jimmy Kimmel earlier this week to discuss the future of his career, and you can check out both parts of the interview below: