A British grocery comes out with a tip of iceberg for solo diners. Because after a breakup, all you want is salad 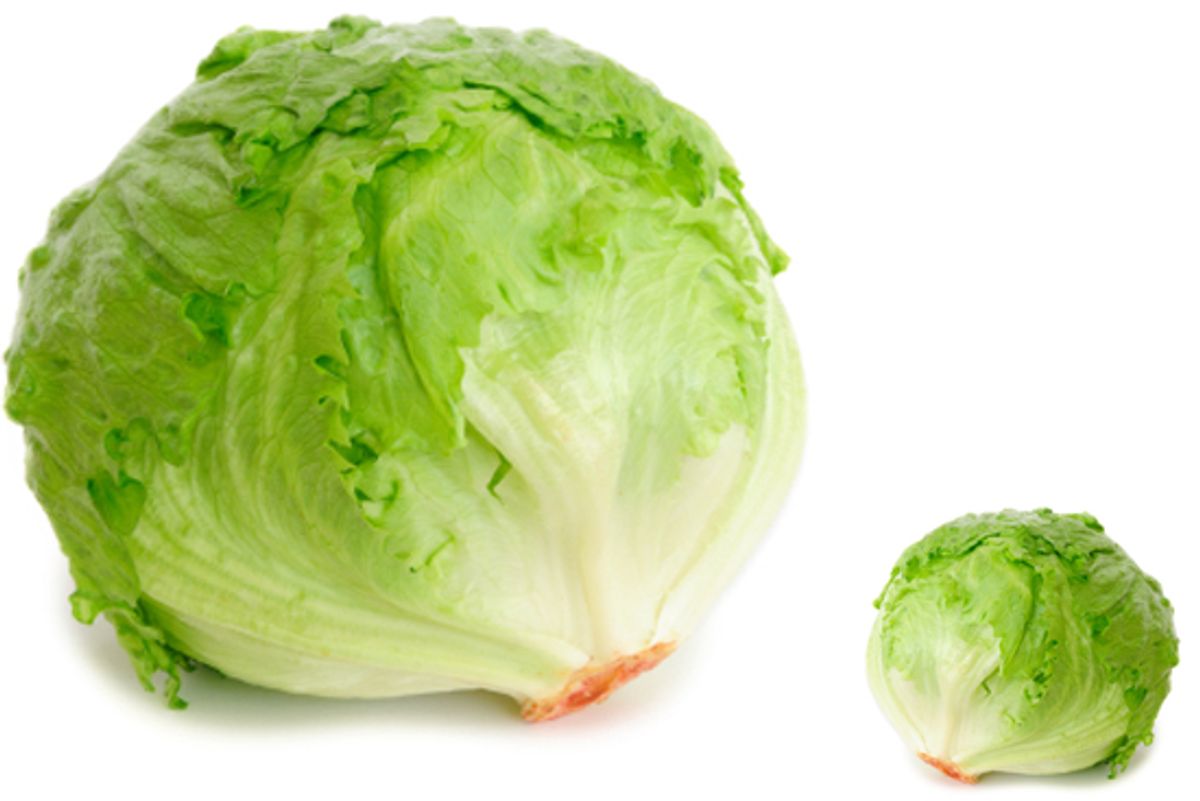 As if coming home to a cold, lonely London flat in wasn't enough to make a single Brit despondent, U.K. retail giant Marks & Spencer has come up with yet another way to take advantage of the romantically unentangled. Salon readers, meet the tiny lettuce, an iceberg lettuce about a quarter of the size of a regular head of lettuce, so designed to meet the needs of a single-person household.

M & S says it decided to sell this baby after receiving complaints from scores of singletons tired of throwing away leftovers, ridiculously marketing it as a way to "cut down food wastage and save money." At 75 pence a piece -- roughly $1.20 -- and only 10 pence less than the regular size, the only one benefiting from the downsized lettuce is M & S itself, especially when the smaller variety is probably cheaper to transport and faster to grow.

Sure, I understand the frustration of having to buy a whole cauliflower head when all you want is a few florets. But there is something to be said for a roll of cling wrap and a little imagination in the kitchen. Leftovers, I've found, have forced me to be creative and resourceful, often resulting in wonderful accidents like my lentil-and-squash winter soup.

M & S also promises that the mini lettuce isn’t genetically modified, but simply a product of breeding plants to produce smaller and smaller heads. It sounds like some dapper London Don Draper at the grocery chain just came up with a clever way to sell an evolutionary dud to the loneliest foodies roaming their aisles.