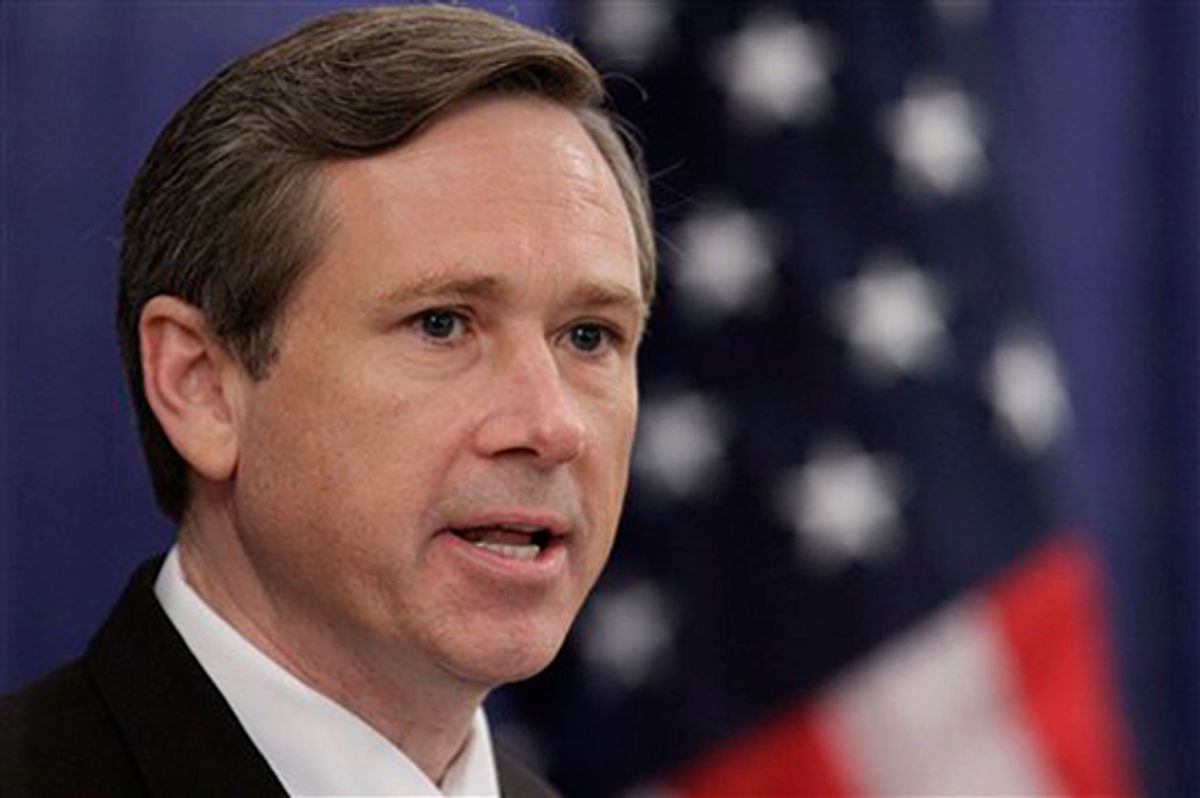 Rep. Mark Kirk (R-IL) is locked in an extremely tight Senate race with Democrat Alexi Giannoulias in Illinois, so it's a particularly awkward moment for his ex-wife to accuse him, as she does in a new interview, of being controlled by a right-wing "Svengali figure." It's even more awkward because Kimberly Vertolli, previously Kirk's wife of eight years, says that this Svengali also caused the breakup of their marriage in 2009.

Carol Felsenthal at Chicago Magazine has the must-read interview with Vertolli, a corporate lawyer and former naval intel officer.

Vertolli comes off as slightly unhinged, calling Kirk's campaign "a big part of my life" but also saying that she does not actually support his candidacy "because there’s a person who is a very pernicious force on his team who is wielding a disproportionate amount of negative influence on him."

That person, Vertolli said, is Dodie McCracken, president of a DC-area communications firm and a "volunteer consultant" for the Kirk campaign. She said that McCracken, who was Kirk's only staffer not invited to their 2001 wedding, "would like to be able to control the direction of Mark’s politics in any way that she can, whether it’s on his staff or continuing as a consultant. ... When [Dodie McCracken] advocates that he does things … just to cater to the right wing or to special interest groups, it ultimately hurts Mark because it hurts his credibility."

But McCracken's alleged meddling was not limited to the political realm:

CF: Was it political differences that contributed to you and Mark divorcing?

KV: I think that if Dodie McCracken had not continued to be in our lives, we probably would still be married.

McCracken did not immediately respond to a request for comment from Salon.

We also learn from the interview that Kirk and Vertolli share "the value of protecting Israel as an ally." (Which is not a big  surprise.) Read the whole thing.